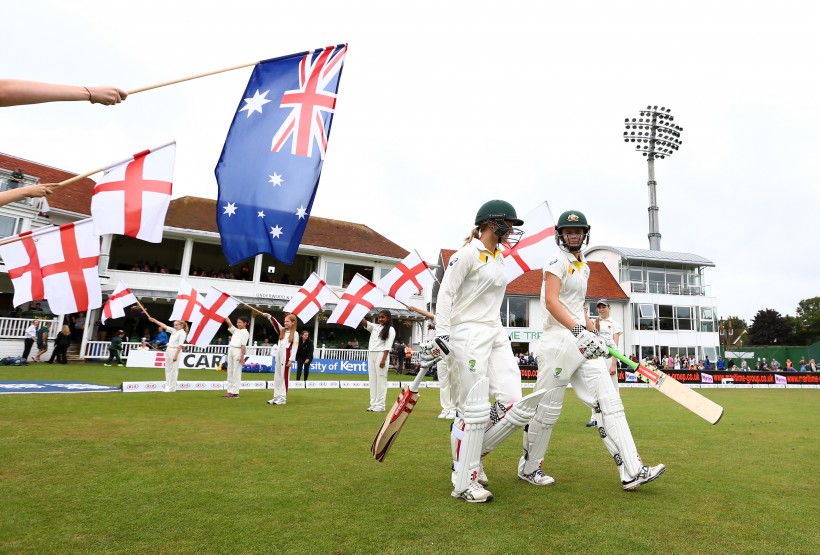 The Spitfire Ground, St. Lawrence in Canterbury will be hosting England Women vs. Australia Women and England Lions vs. Australia A in the next two weeks, whilst Kent play two away matches in the Specavers County Championship at Surrey and Hampshire.

Although this may be the first time two matches between teams representing England and Australia have played successively in Canterbury; in cricketing terms, Kent and Australia’s connections go back until at least 1868.

Before the current incarnation of Kent County Cricket Club was formed, “Gentlemen of Kent” hosted a touring Australian Aboriginals side in a two-day match at the Bat and Ball Ground in Gravesend.

Gentlemen of Kent recorded an innings and 69 run victory, despite the Aboriginals’ Johnny Mullagh (traditional name Unaarrimin) taking six wickets for the visitors in an innings.

At the time, their tour was met with mixed reaction from contemporary press, but the squad were commended for their cricketing abilities and sportsmanship throughout the tour.

The travelling Aboriginal side were the first organised Australian group of sportspeople to tour overseas, and in 2002 the team were posthumously inducted into the Australian Sports Hall of Fame for their contributions to sport.

In 2004, the families of all members of the touring squad were awarded numbered Australian Test caps, fully recognising that the team had represented Australia.

The first time an Australian side played at The Spitfire Ground, St. Lawrence was in 1882, with a seven wicket win over Kent in a three-day match.

Lord Harris, founder of the current Kent County Cricket Club in 1870, captained the hosts, with Edward Tylecote scoring 100 not out in Kent’s first innings. Tom Garrett took 12 wickets in the match for Australia, who enforced the follow-on, knocking off the required 81 runs needed for victory in 49.2 overs in their second innings.

Between 1882 and 2015, a touring Australian Men’s side has played Kent at St. Lawrence 35 times in first-class competition. Amongst others, there have been some notable Kentish performances against the Aussies in Canterbury:

Chris Tavaré also hit 121 for Kent in a 60-over 1979 World Cup warm-up match against the team from Down Under, Kent winning by 73 runs.

Kent’s last competitive game against Australia at The Spitfire Ground, St. Lawrence was a four-day tour match in 2015.

Shaun Marsh (114) and Steve Smith (111), who’s mother is from Sevenoaks, both put on big individual totals but fell to the bowling of Kent’s Matt Hunn, who also took the scalps of Chris Rogers (84), Michael Clarke (56) and Shane Watson (21). Hunn finished with figures of 5/99 as Australia posted a first innings score of 507/8 declared.

In reply, Kent’s Rob Key top-scored with 87 from 108 balls but the hosts’ batsmen were ravaged by the left-arm pace of Mitchell Johnson, who took 4/56 on the way to reducing Kent’s first innings score to 280 all out.

Australia’s second innings saw Mitch Marsh retire ‘out’ on 101 runs and was the highlight of their batting card as a declaration of 322/4 set Kent a target of 549 runs to win.

Daniel Bell-Drummond amassed 127 runs from only 112 balls at the top of the order to push Kent towards what would have been a huge target to chase down, and despite heroics of 53 from 27 balls from Mitchell Claydon batting at eight, Australia bowled Kent out for 294 and were victorious by 255 runs.

It’s also worth noting that Australia’s Men’s side played one leg of an ODI tri-series at The Spitfire Ground, St. Lawrence in June 2005. Michael Clarke hit 80 from 104 balls, Shane Watson took 3 wickets for 43 and despite earlier scores of 75 from Bangladesh’s Shahriar Nafees and 71 from Khaled Mashud, the Aussies won by six wickets with eleven balls remaining.

Canterbury has also played host to numerous rival encounters between England and Australia, most notably in Women’s cricket.

In August 1976, Lorraine Hill scored 106 for Australia as they defeated England Women by 87 runs in a One-Day International, before England Women took their revenge with a six wicket win in July 1987. Carole Hodges top-scored for England with 54 runs, and Sarah Potter took three Australian wickets for 41 runs.

The two sides have also played one Test Match in Canterbury in 2015. Amongst England’s ranks were Kent’s Laura Marsh, Lydia Greenway and England skipper Charlotte Edwards.

Australia Women came out victorious by 161 runs, with a highest score of 99 from Jess Jonassen in Australia’s first innings, to take four points away from The Spitfire Ground that went a long way in helping Australia regain the Women’s Ashes that year.

Sunday 7th July will see the latest installment of England Women vs. Australia Women in Canterbury, with the third and final Royal London One-Day International to end the 50-over leg of the series.

Tickets are available in advance with £5 off gate prices >>>

After Sunday’s Women’s match between the two countries, the following weekend will see the countries’ two development sides play eachother in a four-day match with the upcoming 2019 Specsavers Ashes series in mind.

England Lions and ‘Australians’ have actually faced eachother at St. Lawrence before in 2009; where Australia recorded a 103-run win in a two-day single innings match.

Sunday 14th July is the first day of England Lions and Australia A’s four-day warm-up game. Australia A will have a host of Test players available as they look to gain match practice in England before the first Specsavers Ashes Test on 1st August at Edgbaston.

Tickets are still available with a £5 saving on gate prices >>> 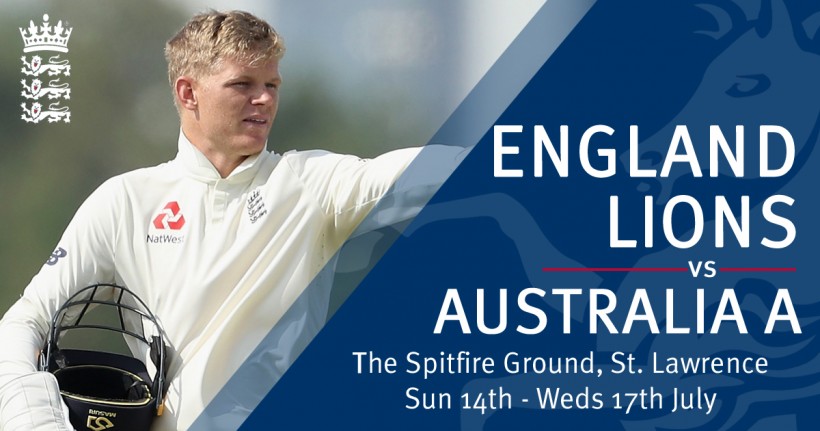 Beaumont ton in vain for England