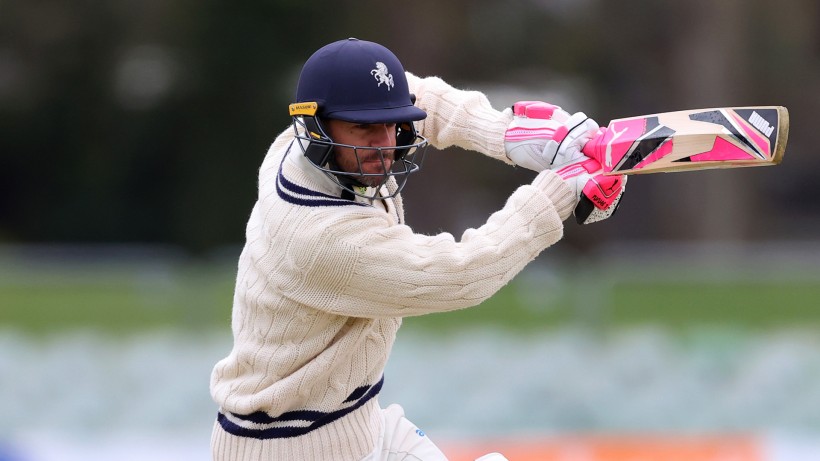 The visitors are searching for their first Championship of the season, after a draw and two losses at the beginning of this year’s first-class season.

Darren Stevens & Ollie Robinson both now have 200+ Championship runs this year, with Stevens and Daniel Bell-Drummond having recorded century innings across the tournament to date in 2021.

Stevens is also Kent’s top wicket-taker so far, with eight wickets at 25.50, one more than fellow seamer, Matt Milnes.

Glamorgan are currently four points above Kent in Group 3 of the County Championship after a draw and two defeats in their opening three matches.

Kiran Carlson and Chris Cooke has both made two hundreds so far this season, the former having now scored over 400 runs in three matches.

Michael Hogan is Glamorgan’s most effective bowler so far in the Championship, with 11 wickets at 25.63.

There are four changes to the squad that travelled to Northampton last week with overseas signing Marnus Labuschagne able to replace stand-in Andy Balbirnie under Welsh Government quarantine rules around Elite Sports People.

James Harris, who spent time on loan at Kent in 2016, has also joined Glamorgan on loan from Middlesex.

Timm van de Gugten returns to the squad after overcoming the muscle tightness which kept him out of the Northamptonshire match, while all-rounder Andrew Salter and seamer Lukas Carey make their first appearances in the County Championship squad this season after impressing for the 2nd XI.

Kent fell to an innings defeat to Lancashire at The Spitfire Ground, St Lawrence last time out, despite a century from Daniel Bell-Drummond taking the match into the final session on the fourth day.

Lancashire moved top of Group 3 as Kent were all out for 351 in their second innings. The hosts lost three wickets in the morning session and collapsed from 305/4 after Lunch.

Glamorgan vs. Kent will be live streamed by Glamorgan’s YouTube channel, embedded into the Match Centre on the Kent Cricket website.

Kent Cricket can confirm that the Club will be joining the Premier League, English Football League, Women’s Super League, the England & Wales Cricket Board, Professional Cricketers’ Association and fellow first-class counties in boycotting social media this coming weekend; in response to ongoing online abuse suffered by sportspeople and those connected to sport as a whole.

The Club will cease posting on all its Facebook, Twitter, Instagram, YouTube, TikTok and LinkedIn accounts from 15:00 BST on Friday until 23:59 BST on Monday in solidarity with athletes and those connected to sport that have suffered from disgusting online abuse.

Nathan Gilchrist and Marcus O’Riordan are included for the first time this season in a County Championship squad, after both gaining match fitness for Kent Second XI.

Vice-Captain Daniel Bell-Drummond continues to skipper the side whilst Club Captain Sam Billings features in the Indian Premier League (IPL). 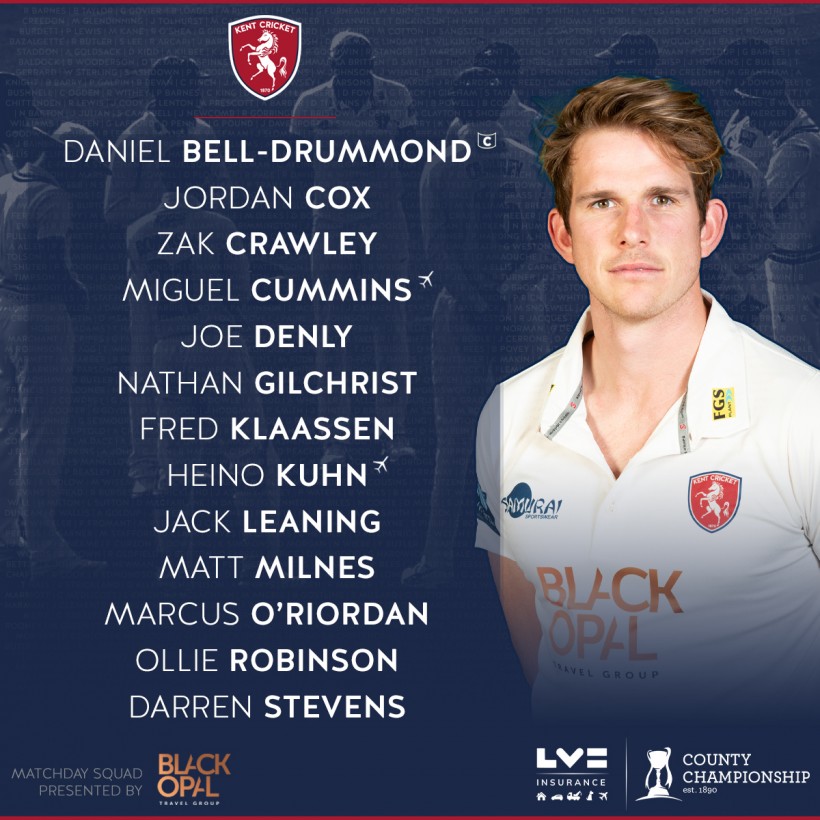 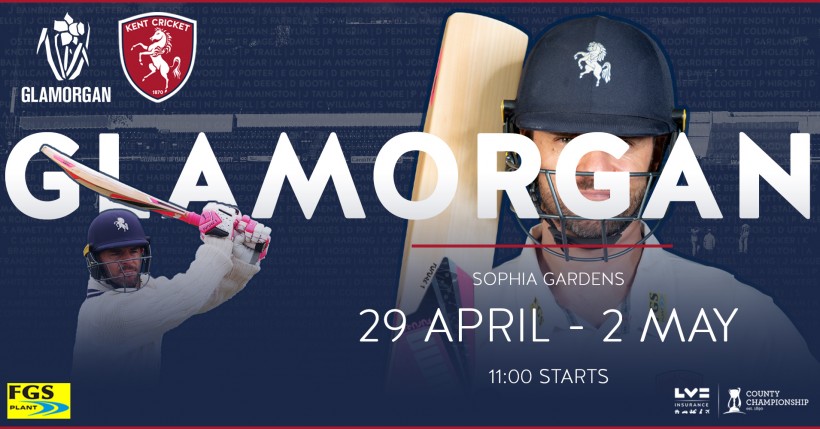