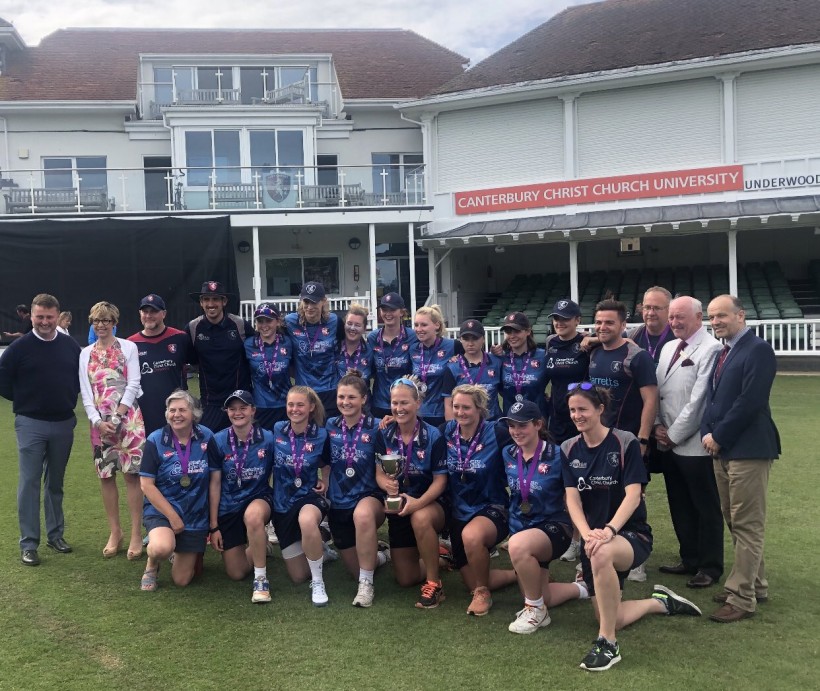 Kent Women will look to get back in the swing of the Vitality Women’s County T20 with two fixtures against Middlesex and Birmingham Bears at The County Ground, Beckenham on Sunday.

After two frustrating draws due to rain against Sussex and Surrey, ‘The Horses’ go into this weekend hungry for their second win of the tournament after a win against Nottingshamshire in their first game of the season.

Maxine Blythin top scored for Kent with the bat before an inspired bowling performance from Megan Belt saw her take three wickets for just 12 runs in her four overs.

Kent’s six wicket defeat in their second game to Lancashire came despite Tash Farrant’s 37 with the bat and 2/9 with the ball.

Birmingham Bears are currently third in the table after two wins in their first four games. Middlesex sit one place above Kent in sixth after two no-results from their four games so far.

Kent Women Lead Coach Mark Dekker, who won ECB’s Coach of the Month award for May after guiding The Horses to County Championsihp success, has named a strong squad of thirteen for this weekend.

Six of Kent Women’s squad, including four from the squad for this weekend’s games, were recently selected to play in the upcoming Kia Super League T20 tournament.

All-rounder Grace Gibbs is set to make her first Kent appearance of the season after recovering from a knee injury.

What you need to know