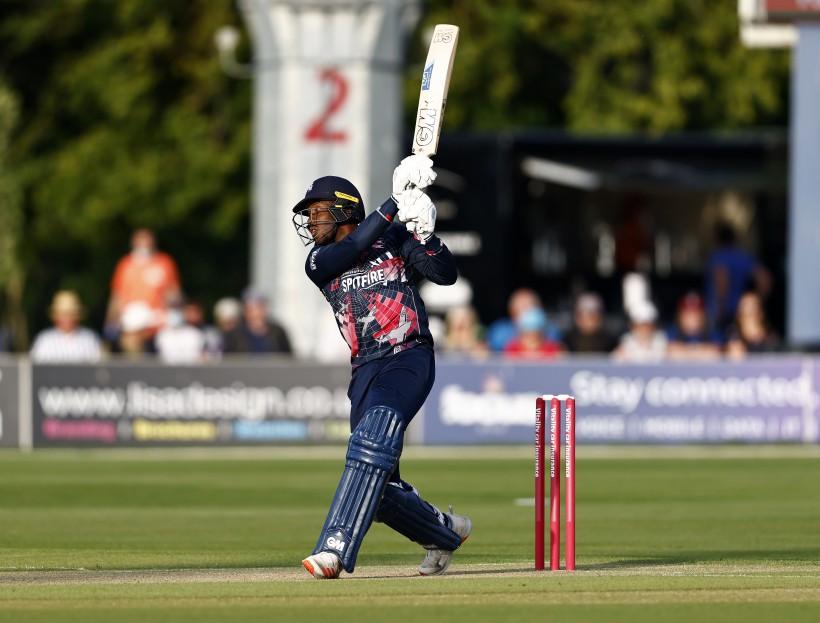 A place at Finals Day is on the line as Kent Spitfires welcome Birmingham Bears to The Spitfire Ground, St Lawrence in the Vitality Blast.

The Spitfires head into Friday’s Quarter Final having won the South Group of this year’s competition, winning nine of their 14 matches and ending on 19 points, one more than Somerset in second place.

As the Spitfires welcome back their first-team T20 squad following isolation and the break for the Royal London Cup, Daniel Bell-Drummond is currently Kent’s top 20-over run scorer so far this year, with 339 runs in 11 innings at 33.90.

Jordan Cox’s 300 runs in 11 matches gives him the highest Spitfires T20 batting average this season to date at 60.00, whilst Zak Crawley’s 326 runs in nine innings gives the right-hander a tournament strike rate of 159.80, the highest of any Kent batter to score more than 100 runs.

With the ball, both Fred Klaassen and Matt Milnes have 14 wickets apiece this season, both averaging under 23.00.

Left-arm spinner James Logan has a bowling economy of only 4.50, with fellow spinner Qais Ahmad bowling at an economy rate of 7.16.

This match is now completely SOLD OUT.

We urge anyone that can no longer attend this match to contact the Club as soon as possible, so that they may be made available to their fellow supporters.

All exchanged tickets MUST be renamed to the new ticket holder, so buying directly through the Club will be the only way to guarantee entry.

It’s our top priority to welcome you back safely to The Spitfire Ground, St Lawrence, and to do that safely, we all have a role to play.

Because COVID-19 remains a part of our lives for the time-being – everyone – including the players, officials, staff, stewards and supporters – will need to adhere to COVID-protocols to make the return of spectators a successful, and hopefully a permanent one.

Kent Spitfires vs. Birmingham Bears will be televised live on Sky Sports in the UK.

This match will therefore have no Live Stream on YouTube, but a live scorecard will run on the Match Centre on the Kent Cricket website.

The Bears secured a Quarter Final berth after defeated Northamptonshire Steelbacks by 14 runs in their final group match of this season’s Vitality Blast.

Their fourth-placed finish was achieved with seven victories in their 14 group matches and one no-result, giving the Warwickshire-based side 15 points, one more than rivals Worcestershire Rapids in fifth position.

The Bears will be without their top wicket-taker from the group stage, former Spitfire Carlos Brathwaite, as the West Indies all-rounder has joined up with Jamaica Tallawahs for the start of this year’s Caribbean Premier League T20 competition.

Left-arm wrist-spinner Jake Lintott, who was a part of the Southern Brave side that were crowned champions of The Hundred this past weekend, has taken 15 Bears T20 wickets this year at an average of 18.13 and at an economy o 6.97.

Danny Briggs (15), Craig Miles and Will Rhodes (both 14) have also made big contributions with the ball.

The Spitfires will be at full strength of this match, with all players available for selection for the first time this tournament.

Sam Billings returns to captain the side, with Daniel Bell-Drummond resuming his Club vice-captaincy.

Overseas stars Adam Milne and Qais Ahmad are both available for this match, and have been included in Kent’s 14-strong matchday squad. 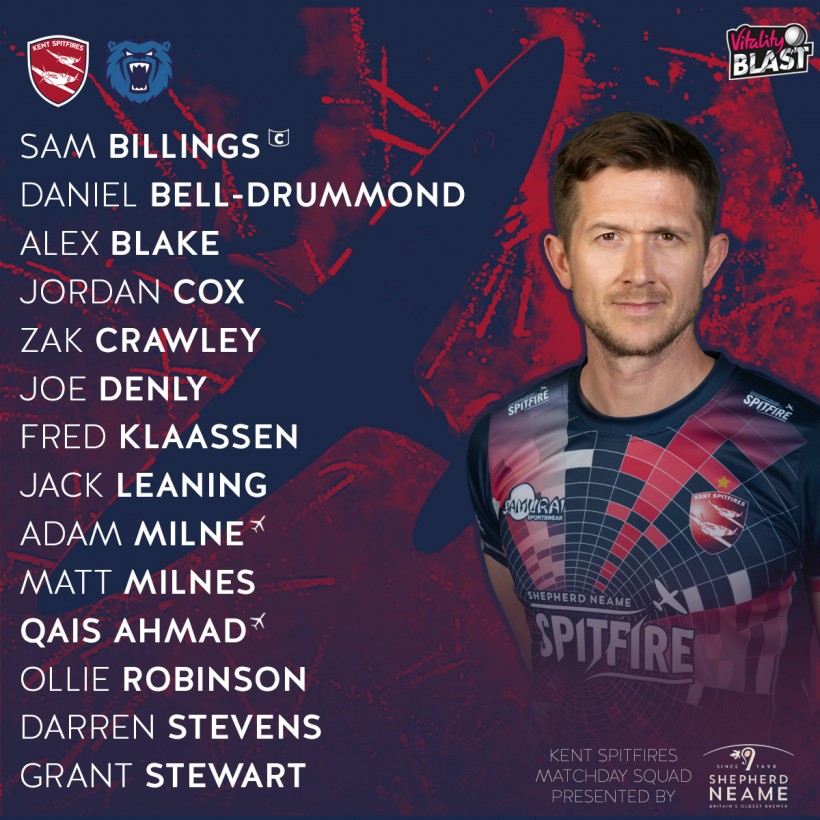 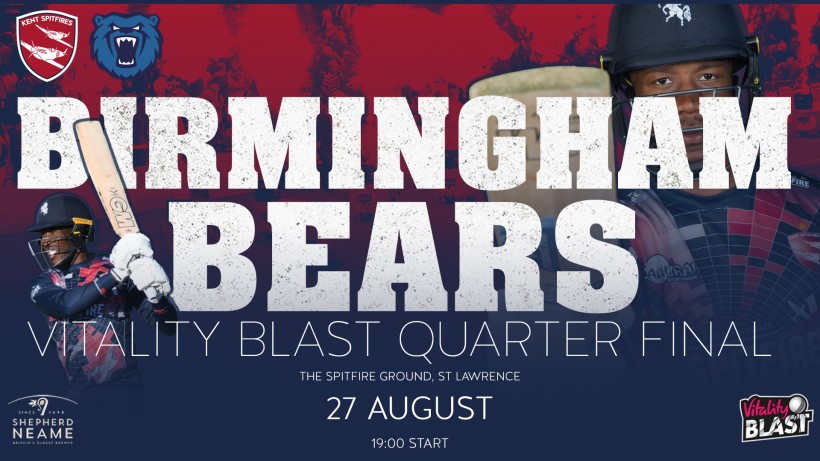