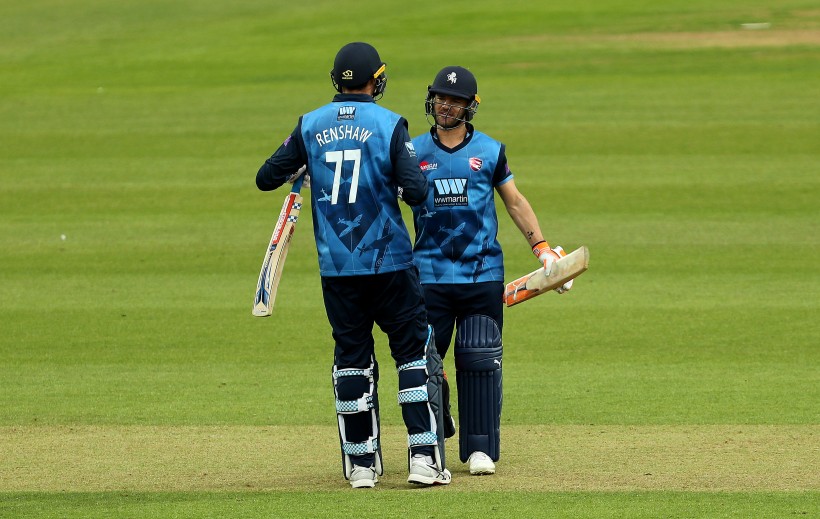 The Kent Spitfires bring their Royal London One-Day Cup South Group campaign to a close against Middlesex under the lights at The Spitfire Ground, St. Lawrence on Tuesday.

Kent go into this fixture after two victories against both of their closest rivals last week, defeating Surrey at the Kia Oval and most recently Essex Eagles at Beckenham on Sunday.

Daniel Bell-Drummond hit an unbeaten 120 during the Spitfires’ run chase after also taking 2/36 in his nine overs with the ball during Kent’s innings in the field.

Zak Crawley also scored 94 and together, the two openers hit a record 188 partnership against Essex in one-day competition.

Middlesex are in with a shout of qualifying for the knockout stages following a five-wicket win against Glamorgan on Sunday.

The competition’s leading wicket-taker Nathan Sowter claimed four for 58, to take the leg-spinner’s tally to 22 wickets, as Glamorgan were dismissed for 285.

Captain Stevie Eskinazi steered Middlesex to their target with an unbeaten 67, after Sam Robson and Nick Gubbins hit half-centuries, to edge them two points clear of the chasing pack.

We are delighted to confirm that we have a number of food concessions available at The Spitfire Ground, St Lawrence, Canterbury for this fixture including: