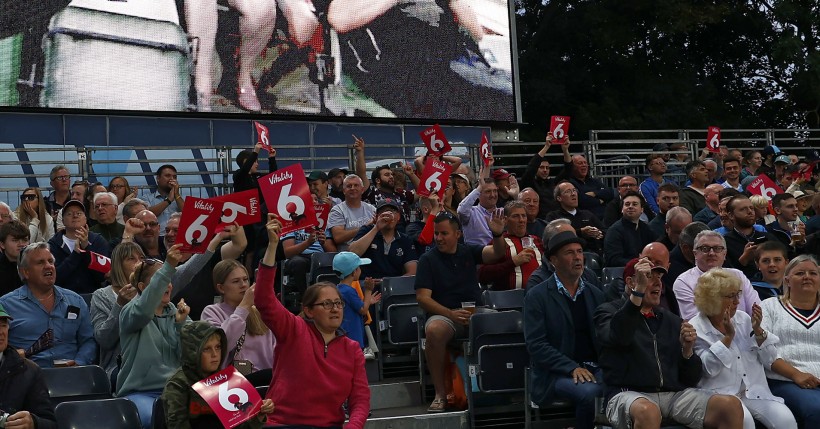 A repeat of the 2021 Vitality Blast Final sees Somerset travel to The Spitfire Ground, St Lawrence to face Kent Spitfires.

In a hotly-contested tie ‘under the lights’ at The Spitfire Ground, the Spitfires will hope to re-create their form of the 2021 Vitality Blast South Group stage, where Kent topped the table going into the knockout rounds.

Kent will be captained by Sam Billings after his return from the IPL, and both Qais Ahmad and George Linde will two of the Spitfires’ overseas slots for the tournament.

Very limited tickets are still available to purchase online via the button below:

Any returned tickets will also be released back into the system via the link above.

Premiering on Kent Cricket’s official Facebook page and YouTube channel from 19:30 on Tuesday 24 May – featuring exclusive interviews with Kent players and coaches as we look ahead to the 2022 Vitality Blast.

Hosted by David Fulton and proudly supported by Shepherd Neame.

Kent Spitfires vs. Somerset will be televised live on Sky Sports in the UK.

This match will therefore have no Live Stream on YouTube, but a live scorecard will run on the Match Centre on the Kent Cricket website.

Somerset have secured the services of overseas stars Peter Siddle and Rilee Rossouw for the 2022 Vitality Blast, as well as a returning paceman in Marchant de Lange.

de Lange was Somerset’s top wicket-taker in the Blast last season, with 18 at 18.09, whilst Craig Overton had a bowling strike rate of 17.0 for his 13 wickets in 11 matches.

Somerset finished second in the Group Stage of last year’s tournament, one point behind Kent, and reached the final after victories over Lancashire Lightning and Hampshire Hawks.

Sam Billings returns to skipper a 15-strong Kent Spitfires squad for the return of T20 cricket to ‘Fortress Canterbury’.

Qais Ahmad has arrived for his second stint as a Kent Spitfire after being a part of the victorious 2021 Vitality Blast squad.

George Linde could make his first appearance as a Spitfire, and calls upon IT20 experience with South Africa as well as featuring in 106 T20 matches in his career to-date.

Wicketkeeper-batter Ollie Robinson has joined Durham on loan for this season’s Vitality Blast, and Ben Compton has been selected for a County Select XI to take on New Zealand later this week. 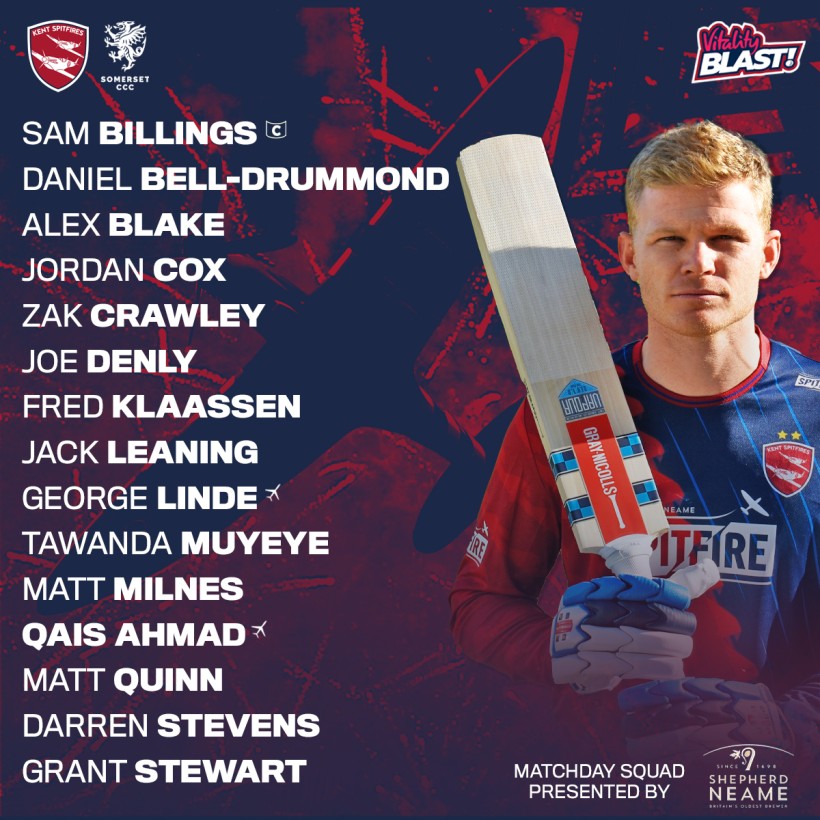 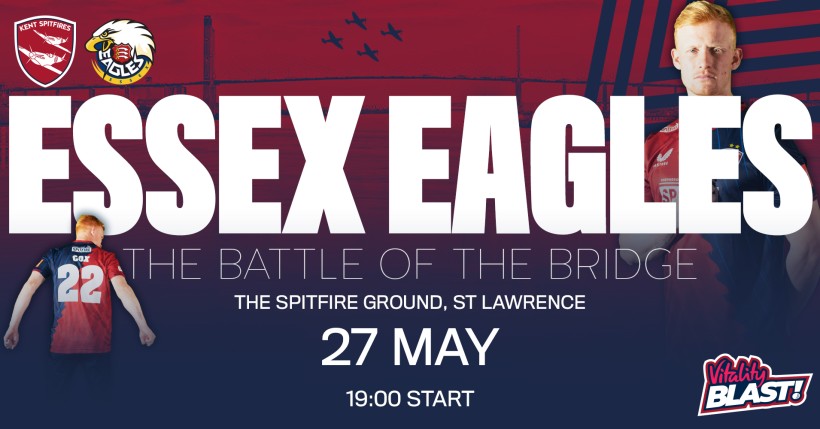 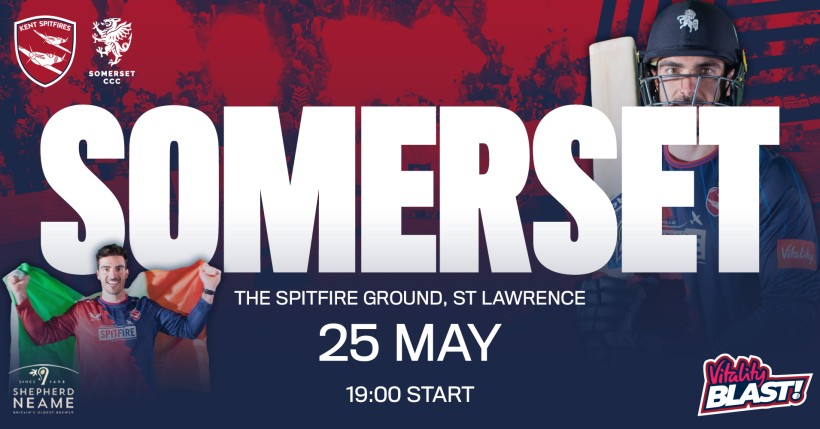