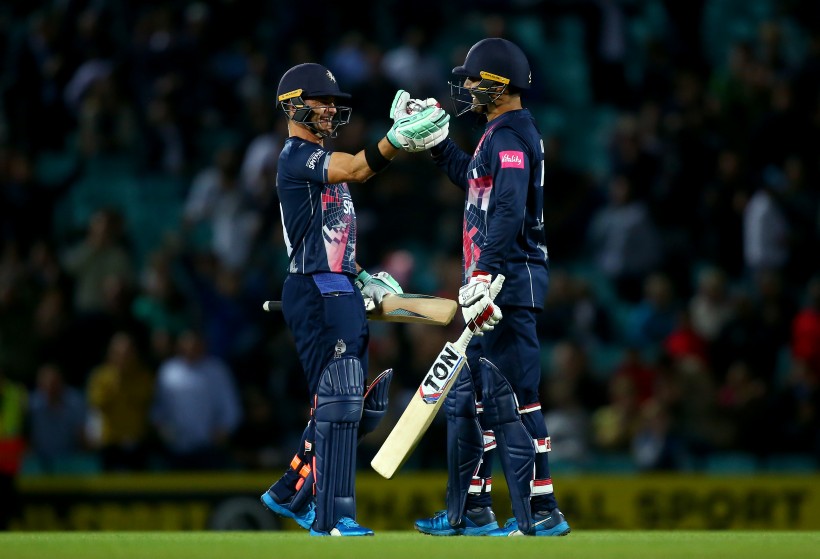 Kent Spitfires head back to the capital to face Middlesex on Thursday evening, after a resounding victory over Surrey in their last fixture.

The Spitfires are looking to make it five wins out of five in T20 competition, which would equal efforts in 2007 (Champions), 2009 (Semi-Finalists) and 2015 (Quarter-Finalists).

A win in North London would be Kent’s best ever start to a T20 tournament in the club’s history.

In a rain-affected 7-over-a-side fixture at the Kia Oval on Tuesday evening, Mohammad Nabi’s blistering 43* from 12 balls saw Kent chase down Surrey’s 55/4 in only four overs, putting the Spitfires on eight points and top of the Vitality Blast South Group.

Middlesex currently sit in second with six points after three wins and a defeat so far.

England international Dawid Malan has scored 211 runs in four appearances in the Blast for Middlesex, whilst Toby Roland-Jones has eleven so far in the tournament. 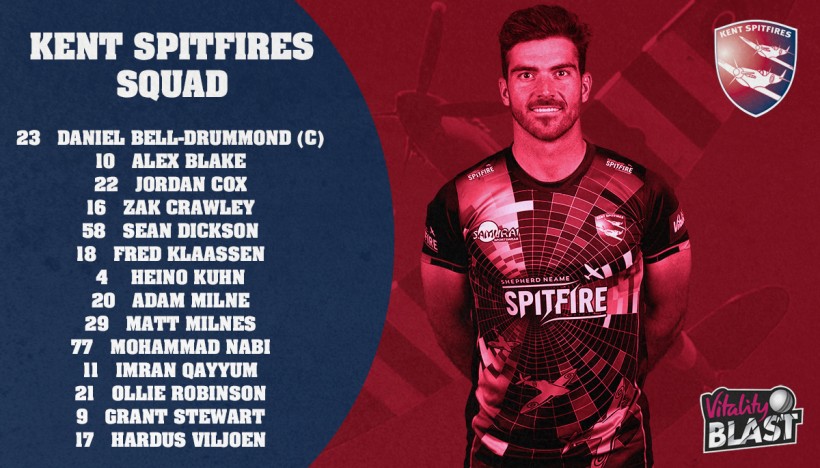 We welcome Hampshire to The County Ground, Beckenham on Sunday 4th August

Kuhn and Blake the stars at Lord’s