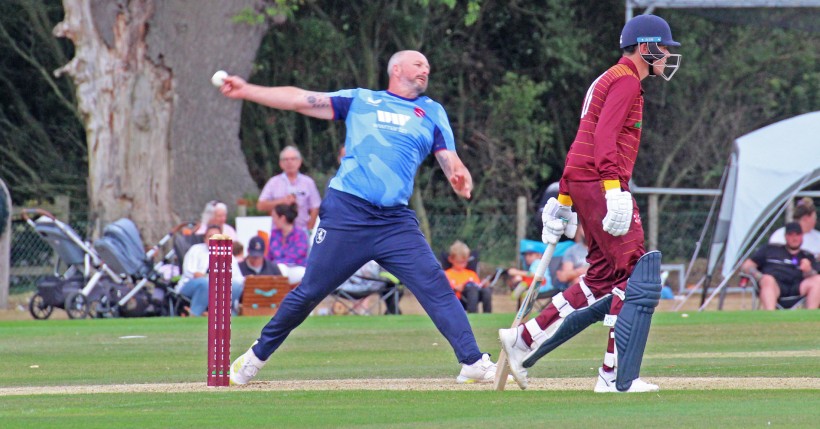 The Royal London Cup gets underway for 2022 with Kent Spitfires’ away trip to New Road, Worcester to face the Worcestershire Rapids.

Kent make the journey after defeating Suffolk by 140 runs in their 50-over National County Match at Woolpit, with both Ollie Robinson & Ben Compton scoring centuries to help push Kent towards an unassailable total of 431/7.

Joey Evison was introduced to the Kent faithful by taking two wickets on his first appearance in a Spitfires shirt, after his move from Nottinghamshire was confirmed last week.

Kent will be without players that have been selected to play in The Hundred; Daniel Bell-Drummond, Sam Billings, Jordan Cox, Zak Crawley, Fred Klaassen, Jack Leaning & Matt Milnes are unavailable for their county during the Royal London Cup.

This being said, talents such as Joe Denly, Alex Blake, Ollie Robinson, Darren Stevens & Grant Stewart will don the sky blue across this year’s 50-over competition.

Fan-favourite Matt Henry is available for this next match but will then travel to the Caribbean to link-up with New Zealand, whilst Navdeep Saini is also available for Kent for up to five Royal London Cup matches.

The Rapids will have Pakistan batter Azhar Ali available for the Royal London Cup.

Joe Leach, who played a big part in the Rapids’ victory over Kent in this competition last season, scored 40 not out and took 1-18 in Worcestershire’s win, with seamer Adam Finch taking four wickets for 29 & Ed Barnard 2-26.

After dismissing their hosts for 192, Leach’s 40 was the first-class county’s highest individual score, with contributions of 35 from Barnard & 29 from former Kent Second XI player Kashif Ali, as Worcestershire chased their target of 193 down in 43 overs.

Ben Cox returned for Worcestershire after time on the sidelines to keep wicket at Eastnor, with the Rapids being led by captain Brett D’Oliveira.

Worcestershire Rapids vs. Kent Spitfires will be live streamed with embedded commentary via the Match Centre on the Kent Cricket website, which will also host a live video scorecard. Pictures will be provided by Worcestershire CCC.

Joe Denly captains the Spitfires for their Royal London Cup campaign, with three Test-capped overseas stars available for Kent to begin their 50-over season.

Matt Henry is available for Kent for this match before joining up with New Zealand ahead of their white-ball series in the Caribbean, whilst all-rounder George Linde, fresh from his half century against Suffolk, & India fast bowler Navdeep Saini, are also in the squad.

Two overseas players are permitted in any Playing XI in this tournament. 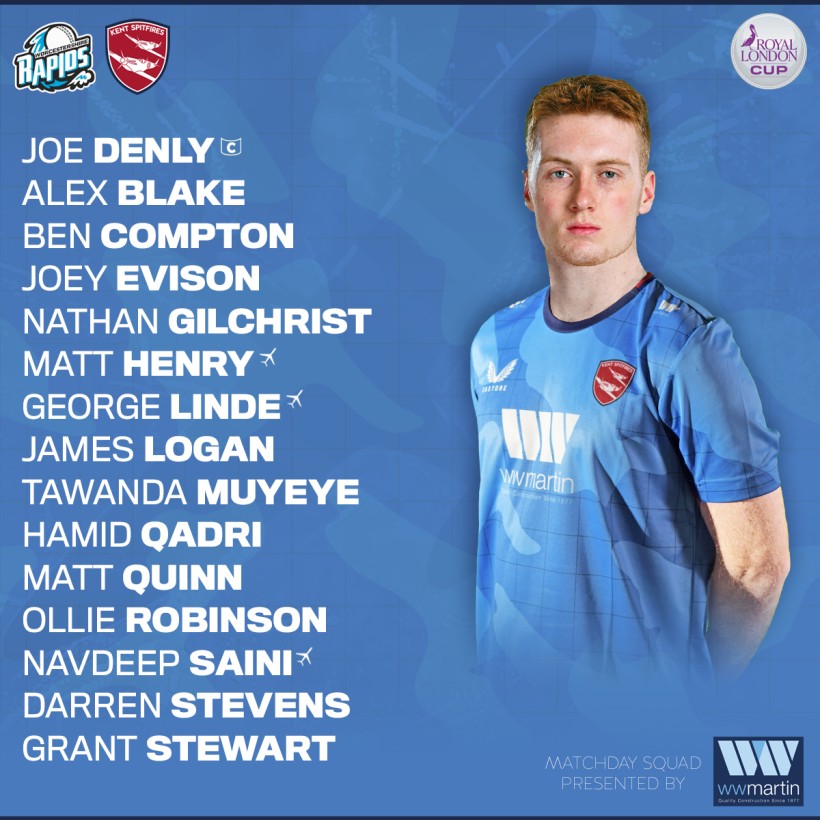 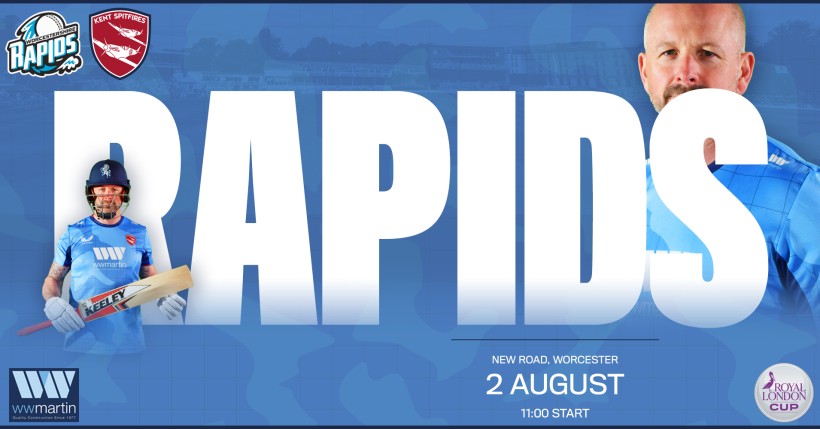