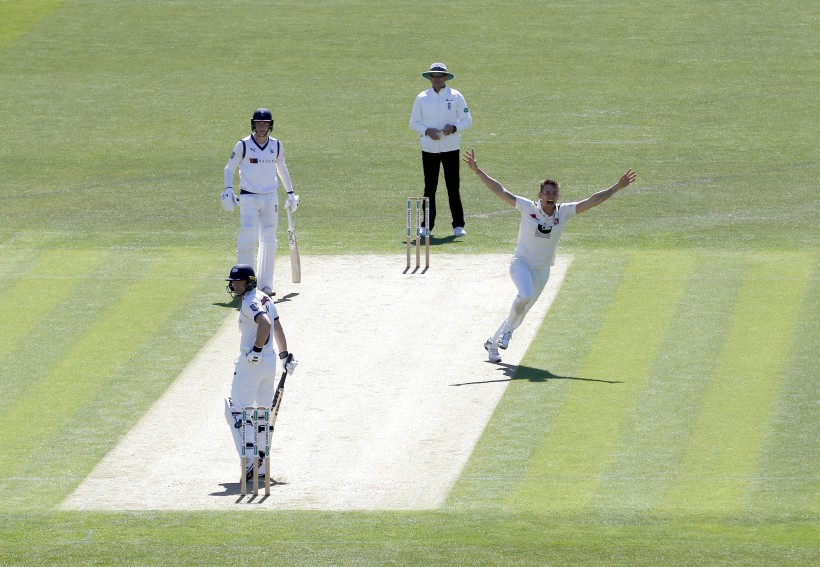 After securing safety in Division One of the Specsavers County Championship last week, Kent travel to Leeds to take on Yorkshire at Emerald Headingley.

Sam Billings scored his first Championship century of the year after his recovery from shoulder surgery, and Darren Stevens recorded his second career ten wicket haul, as the visitors came away from Trent Bridge with a 227-run victory over Nottinghamshire.

Kent are now looking at finished as high as possible in the table, and two victories over Yorkshire and last opponents Hampshire could see them finish as high as third place.

In the reverse fixture at The Spitfire Ground, St. Lawrence in May, Yorkshire came out winner by 172 runs despite the best efforts of Kent’s batsmen and bowlers.

Jack Leaning, who will be joining Kent from the 2020 season, scored 17 and 69 at The Spitfire Ground, St. Lawrence.

Daniel Bell-Drummond is currently Kent’s Championship high scorer, with 836 runs in 12 matches so far at an average of 38.00. Zak Crawley is close behind, with 801 runs from 11 appearances so far.

Bowling duo Matt Milnes and Harry Podmore are currently neck-and-neck on 48 wickets apiece this season in the County Championship, both having passed 50 first-class wickets for the season including their wickets against Loughborough MCCU in pre-season.

For Yorkshire, Gary Ballance is currently the county’s highest run scorer in the Championship with 969, including a score of 159 at Canterbury earlier in the season, whilst Ben Coad and Duanne Olivier have both taken 37 wickets so far.

Kent have added South Africa Test captain Faf du Plessis to their squad for this fixture after also featuring for the county during the Vitality Blast, whilst Grant Stewart is included after recovering from a hamstring injury sustained in Kent Spitfires’ Blast win over Hampshire at The County Ground, Beckenham in August.