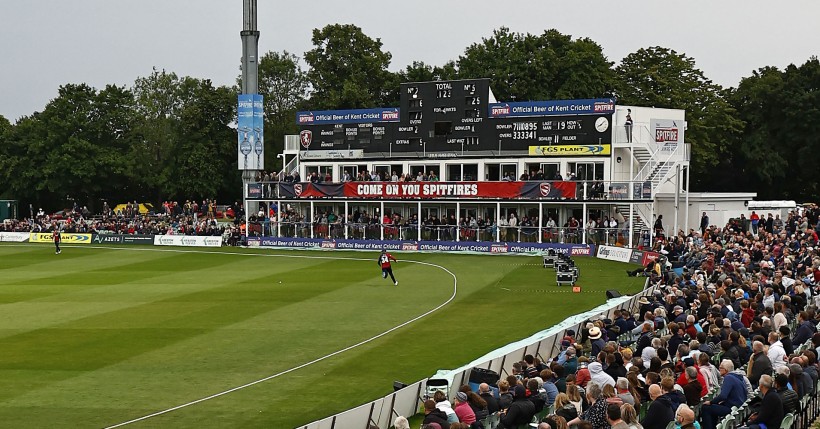 Gloucestershire remain on course for the Vitality Blast quarter-finals after a tense five-run win over the Kent Spitfires at Canterbury.

Ian Cockbain hit 64 from 46 balls and Glenn Phillips 62 as Gloucestershire posted 195 for four, a total that was just beyond beyond the reigning champions.

Mohammad Amir was the pick of the visiting bowlers with two for 30, while Ryan Higgins held his nerve at the death to limit Jack Leaning to 13 from the final six balls.

Leaning finished unbeaten on 37 but was unable to hit the required 19 from the final over as Kent finished on 190 for five. Alex Blake hit 36 to pass 2000 T20 runs for the Spitfires and Jordan Cox made 32.

Kent won the toss and chose to bowl, handing a Blast debut to 19-year-old Jas Singh, but it was Leaning who opened the bowling and he struck in the first over to remove Miles Hammond for four, after Tawanda Muyeye took a steepling catch.

Chris Dent and Cockbain took Gloucestershire to 49 for one after the Powerplay and although Qais Ahmad’s next over went for just three, Singh’s first over went for 26, effectively hitting him out of the attack.

Dent holed out to Qais in the next over and was caught at long on by Alex Blake for 40, but it did little to arrest the visitors’ momentum. Cockbain smashed Qais back over his head for four to pass 50, before finally falling when he hit Matt Milnes to Blake at long off.

When Matt Quinn went off injured after five balls of the 18th over, he was replaced by Joe Denly, who immediately bowled Jack Taylor for 12.

Phillips was dropped by Blake at the start of the 19th and he cut hit Milnes’ next delivery, a full toss, for six to reach his half-century.

In a measure of how dismal Kent’s title defence has been, when Grant Stewart’s final over only went for six, home fans were relieved the visitors hadn’t passed 200.

Kent kept up with the run rate for the first three overs of the chase, but when Josh Shaw came on from the Pavilion End Tawanda Muyeye was caught by the inrushing Ryan Higgins for 11.

With the required rate already edging above 12, Denly was caught by a diving Shaw off Tom Smith for 31 in the tenth over and Smith then returned the favour in the 12th with a juggling boundary to remove Cox off Shaw’s bowling, although replays suggested his foot was on the rope when he initially threw the ball in the air.

Sam Billings reinjected some belief with two sixes off Phillips at the start of the 14th but he was out for 26 when he hit Amir down Taylor’s throat.

Blake and Leaning just about kept the hosts in contention. The 17th over went for 15 and the 18th 13, but Amir, who signed for the Spitfires in 2021 but never actually played, had Blake caught on the boundary in the 19th.

Grant Stewart would have been out to the next ball after Miles Hammond took a deflected catch, but the umpire signalled a no-ball, leaving Ryan Higgins to defend 19 off the final over. The first two balls, to Leaning, were dots, the third went for four and the fourth for two.

Leaning hit the fifth for six, meaning a maximum off the final ball would have given Kent a tie, but he could only manage a single.

Kent batter Alex Blake said: “It’s not been the greatest campaign so for us it was a case of expressing ourselves I think, that’s what we spoke about. We had quite a big chat after the Lord’s game and we just said let’s go out there and not hold anything back. That’s what we did with the bat and we got pretty close, but unfortunately couldn’t get over the line, but that was a bit more like the old Kent of last year and we’ll be taking that into the last three games.

“I thought they bowled pretty well at the end there, I found it pretty tough to get Amir away, which is why he’s a world-class bowler I guess.

“We know what Jack can do, he did it all last season and me and Sam (Billings), we actually said in the changing room, let’s make it like the old days, let’s go out there and win games again for Kent. We thought we were going to do it and obviously we both got out, but Sam freed himself up, played beautifully and got the momentum going and myself and Jack chipped in as well. We know we’ve got the firepower but we can’t seem to get it all going at the moment.” 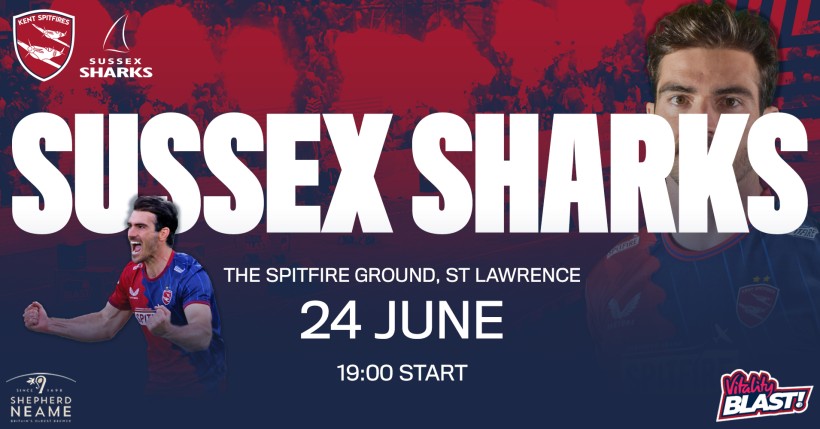