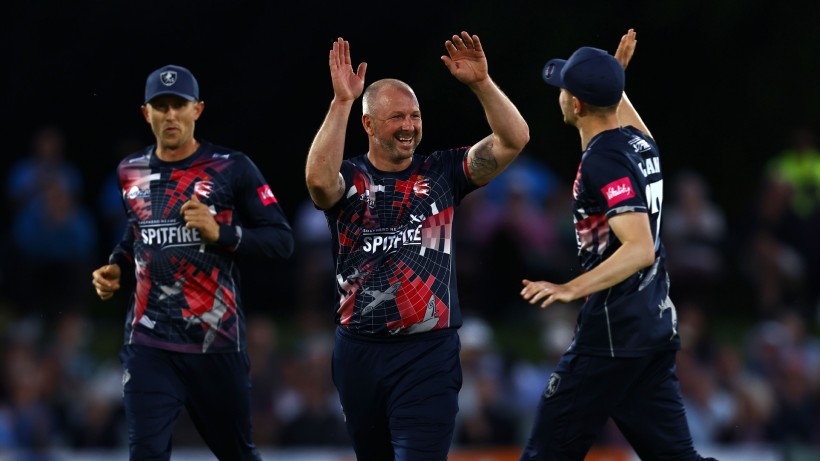 Kent Spitfires have beaten Hampshire Hawks by 38 runs in their Vitality Blast match at Canterbury.

The Spitfires posted 176 for six, before restricting the Hawks to 138 for nine with a miserly display in the field. Fred Klaassen took four for 32 and Darren Stevens two for 22, claiming his 100th Blast wicket with his very first ball.

Ollie Robinson anchored Kent’s innings with 48, after Joe Denly smashed 44 and Daniel Bell-Drummond 42 to get the hosts off to a blistering start, but they were hauled back as The Hawks’ Mason Crane took three for 23, while Chris Wood two for 42 and Lewis McManus claimed two stumpings.

James Vince made 34, but the Hawks fell way behind the run rate, despite a battling 37 from Joe Weatherley.

After losing the toss, the Spitfires raced to 67 for nought at the end of the powerplay, before Bell-Drummond holed out to Crane and was caught by Vince.

When Denly was stumped off Liam Dawson in the next over, the scoring rate slowed drastically. Crane took two wickets in five balls, bowling Alex Blake for two and then getting Jack Leaning stumped for one. Jordan Cox and Robinson put on 58 for the fifth wicket, before the former was caught on the boundary by James Fuller for 28 off Wood, with the first ball of the final over. Robinson was bowled with Wood’s next ball, leaving Stevens and Grant Stewart as the not out batters on one and six respectively.

Vince and D’Arcy Short put on 51 for the first wicket, but Stevens had Short caught behind for 29 before Cox took two brilliant catches. He snared Sam Northeast for six at long off, to give James Logan a wicket only four hours after he’d signed a deal with Kent, before making a stunning catch at mid-wicket to get rid of Vince, off Stevens.

Klaassen took a steepling catch off his own bowling to dismiss Dawson for 9, then had James Fuller caught for one by Blake at long on. After 10 overs without a boundary, Weatherley hit Matt Milnes for six through cow corner, but he was lbw to Klaassen, who then had Ian Holland caught by Cox.

Needing an impossible 48 off Grant Stewart’s last over, the Hawks lost Chris Wood for one and McManus for seven, both caught by Blake. 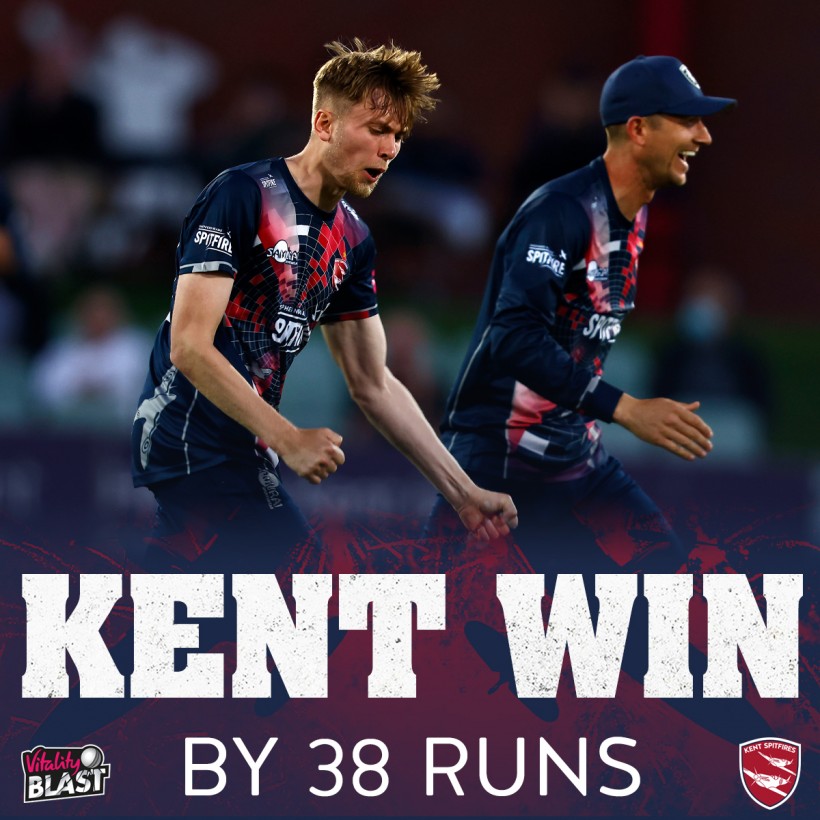