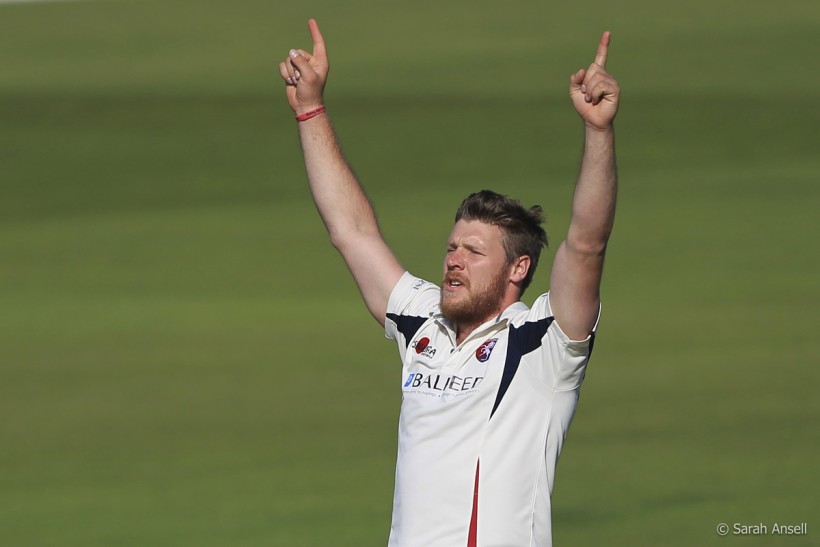 Matt Coles capped an excellent first season back at Kent by picking up the Player of the Year at the Spitfire Kent Cricket Awards.

The 25-year-old Maidstone-born bowler topped the supporters' vote after earlier collecting the bowling prize for 100 wickets in all formats.

The Kent Cricket Academy graduate took 67 wickets in the LV= County Championship in 14 matches at an average of 23.49 and a strike rate of 38.7.

He took a further 17 wickets in the NatWest T20 Blast as well as 16 scalps and a memorable century in the Royal London One-Day Cup.

Coles said: "I hope my performances have re-paid the faith the coaches and management have shown in bringing me back.

"I'm a Kent man through and through and it has made a difference playing cricket with the lads I grew up and a smile on my face.

"The year I had at Hampshire taught me a lot about bowling on flat wickets and developing different skills to take wickets.

"Sam Northeast has backed me and has given me an input into fields and tactics.

"We were unfortunate in a few games this season and we were a few millimetres away from Finals Day in the NatWest T20 Blast and came up just short in the Royal London One-Day Cup."

Sam Northeast scored 2,007 runs to claimed the Mike Denness Trophy for Batsman of the Year and Alex Blake won the Alan Ealham Cup for Fielder of the Year.

Fielder: Alex Blake, as voted by the coaches

Adam Riley was voted the most promising uncapped player