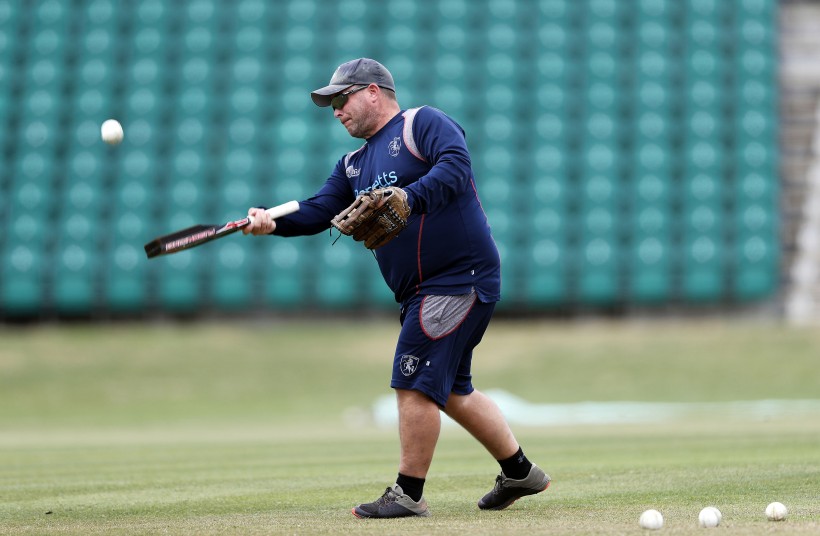 Kent’s head coach Matt Walker emerged from his 10-week furlough on Monday (June 1) to answer the ECB’s call-to-arms and get Kent’s England cricketers fit and ready for their re-scheduled Test battle against the West Indies and the remainer of the international calendar.

Like the majority of Kent’s staff and players, Walker has been on ‘lockdown gardening leave’ since the onset of the Covid-19 pandemic, but has been lifted by ​the prospect of returning to the familiar surroundings of Canterbury and the practise nets at The Spitfire Ground, St Lawrence.

“We were expecting a ridiculously busy season at Kent, both physically and mentally with no natural break until September. We were all gearing up for seven Championship games back-to-back, but none of that was to be, which all feels very strange,” said Walker, from his home near Whitstable.

“I always try and take the positives out of any situation, that’s my nature, so the positives have been spending more time with my family during this spell of amazing weather.

“My wife, Claudia, who has also been furloughed, has been here with me throughout. We’ve always led independent lifestyles when it comes to our careers, me playing or coaching and Claudia as long-haul cabin crew, quite often we operated apart and sometimes passed like ships in the night, so this is comfortably the most time we’ve spent together since we were married.

“We’ve both loved the chance to spend extended time with our kids and, despite all the issues surrounding Covid-19, we’ve had good times and some real fun, not least of all when home-educating the children. I certainly know my mental arithmetic has improved in the last couple of months!

“The days have flown by. I’ve got out on my bike a lot and turned our garage into a home gym. So, in many ways, I’m fitter than I have been for a long time. Like loads of people, we’ve spent time de-cluttering the house.

“I spent one afternoon cleaning out the cutlery drawer, something I’ve wanted to do for years. The stuff you keep when thinking ‘we might use that one of the days’, it’s incredible, so I took particular pride in getting rid of all that junk.”

Walker added: “In some ways, it’s been good to have this enforced rest from the game, just to recharge the batteries and rest my throwing arm if nothing else.

“I felt utterly exhausted after last season, more so than at any point on my life, it felt like a really grainy year for some reason. We didn’t go away on any holidays in 2019, so to have this unexpected chance to rest my bones has been a bonus.

“Now, I’m really looking forward to getting back to business.”

As for the prospects of working alongside England and Kent batsmen Joe Denly, Zak Crawley and Sam Billings over the next few weeks, the 46-year-old coach said: “The aim is to get them back to fitness, to sharpen up their fielding drills and used to that lovely feeling of bat on ball again.

“Week one and two will probably be individual stuff in the nets. Then, as the weeks go on, there’s then the potential for small group training when Joe, Sam and Zak could work with small groups of other England players locally, be it at Sussex, Essex or The Oval.

“I know I’m really looking forward to working with the lads again, they’re all good lads and great characters, so they’re excited about the prospect of getting back to work too because there’s a real push from England to get a Test series up and running to give the nation some cricket to follow and support, albeit from home.”

Throughout the lay-off Walker’s thoughts have been with the Kent players, both young and old, and the potential for damage that the pandemic could have on the careers of all cricketers.

“It seems incredibly bizarre that we’re facing the possibility of losing an entire county season of domestic cricket,” he added. “At my age, and at this stage in my career, I’ve been around long enough for it not to worry me too much, but for our players old and young, and for those, in the last year of their contracts, this is incredibly tough, and I feel for them all.

“Having any season wiped off your playing career is tough, experiencing it this way makes it tougher still. Darren Stevens, having earned the right to another year’s contract with Kent, has now been denied that chance to shine by the pandemic. Knowing Darren, he’ll be desperate to still go out with a bang.

“At the other end of the scale, Ivan Thomas, our fast bowler, suffered a horrible injury at the end of 2018 and didn’t bowl a ball in anger last season.

“He’s worked so hard on his fitness since and was raring to start the season and the last year of his contract, but through no fault of his own, it hasn’t happened.

“I’m so emotionally invested in these guys because I see how hard they work and how much they put into in their recovery, so for Ivan, who’s a hugely popular member of the team, you really do feel for him and I truly hope he gets the opportunity to get out in the middle again and show his abilities.”

Kent’s England stars come together for ‘The Spitfire Sessions’