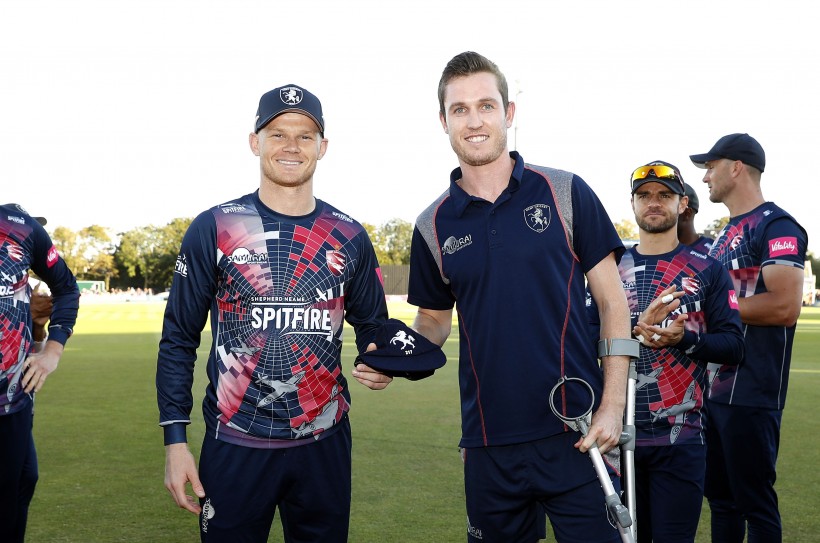 As is customary during Canterbury Cricket Week, a County Cap has been awarded during the last fixture of the 168th edition of the oldest cricket festival in England.

Joining a long line of illustrious capped players at the county, New Zealand international Adam Milne has been one of the outstanding performers for Kent in T20 format over the last three years.

A proven leading bowler, especially in the powerplay, the right-arm quick is one of the few bowlers with genuine pace that can take wickets at such a low economy.

Milne also holds the current club T20 record for the best bowling figures in a match, taking 5 for 11 against Somerset in 2017​.

With 38 wickets in 28 appearances at an average of just 19.10 so far for the Kent Spitfires in the Vitality Blast, Kent County Cricket Club’s 217th County Cap was award to Adam Milne by club captain Sam Billings.

View a list of every capped Kent Cricketer here >>>

Spitfires miss out by one run