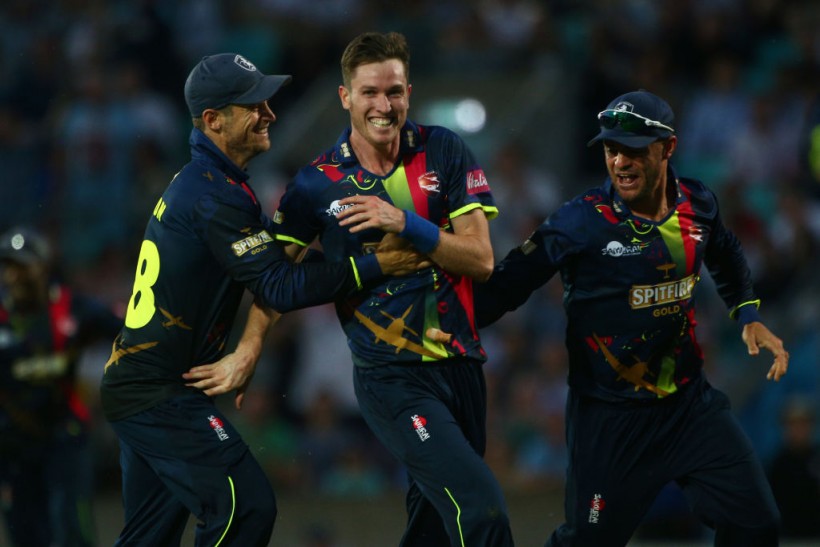 Kent Cricket is delighted to announce that New Zealand International fast bowler Adam Milne will be re-joining the club for a third successive Vitality Blast campaign in 2019, subject to regulatory approval, including a No Objection Certificate from New Zealand Cricket.

The 26-year-old was named part of Wisden and CricViz’s T20 Team of Year for 2018, with both praising his ability to “bowl in phases when batsmen are at their most aggressive but managing to maintain the holy grail of T20 bowling: a low economy rate and a low strike rate.”

Milne also holds the club record for best bowling figures in a T20 fixture, with 5-11 against Somerset at Taunton in 2017.

On re-joining the Kent Spitfires, Milne said: “I’m delighted to come back to Kent for the Vitality Blast in 2019.

“Last year we came close to reaching Vitality Blast Finals Day and there is a real belief in this squad that we can challenge again this season.

“I’m looking forward to contributing to a team of talented players so hungry for success.”

Kent Cricket’s Director of Cricket, Paul Downton, said: ‘Adam is an outstanding T20 bowler with the ability to take early wickets in the power play and to bowl vital overs at the death. He is a match winner.

“Securing him for a third successive season is testament to the how much the squad and supporters enjoy having him here and his passion for playing for Kent.”

See Milne in action for every home game in the Vitality Blast by purchasing your tickets now!