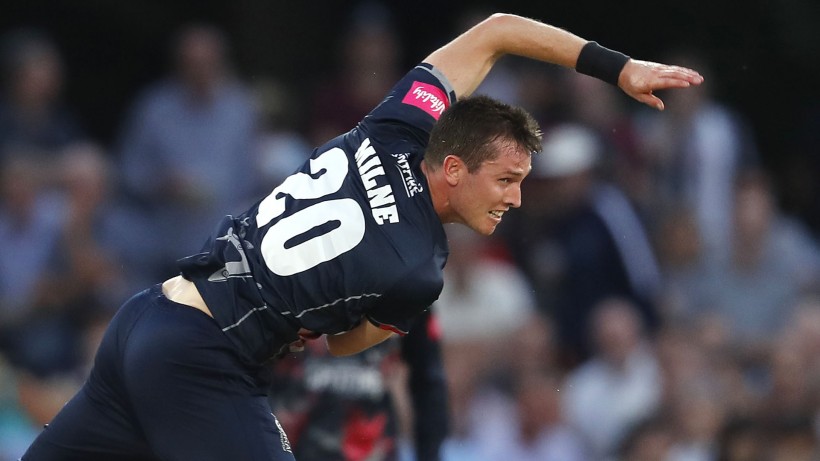 Kent Cricket is delighted to announce that New Zealand international Adam Milne will return for his fourth stint with the county in the Vitality Blast.

The fast bowler will join up once more with his Kent Spitfires teammates ahead of the Spitfires’ ‘Hops/Cider Derby’ clash with Somerset at The Spitfire Ground, St Lawrence on Monday 28 June.

The Club can also confirm that due to the rescheduling of the Pakistan Super League and COVID-related restrictions, Mohammad Amir will be unable to join-up with Kent for the 2021 Vitality Blast. Milne’s scheduled time of arrival to The Spitfire Ground mirrors the original timings of left-armer Amir.

Right-armer Milne has already taken 38 wickets in 28 Vitality Blast matches to date for Kent Spitfires, with a bowling average of just 19.10. His career T20 economy rate of only 7.72 puts him in the top bracket of T20 fast bowlers who operate both in the power play and at the ‘death’.

The 29-year-old also holds the Club’s record bowling figures for any T20 match, with 5/11 achieved against Somerset in 2017. He was also awarded Kent Cap No. 217 based on his bowling exploits for the county in 2019.

On re-joining Kent for the 2021 Vitality Blast, Milne said: “I love being a Spitfire and I’m really excited that the opportunity has arisen for me to come back to Kent for a fourth time.

“It’ll be great to see familiar faces in the dressing room but I’m also looking forward to working with the new talent that has joined since my last stint in 2019.”

Kent’s Director of Cricket, Paul Downton, said: “We’re delighted that Adam will be coming back to be a Kent Spitfire once more.

“He is a world class T20 bowler who has made a significant difference to our side every time he has played for the Spitfires. I am sure our Members and supporters will be excited to welcome him back for the later stages of the Vitality Blast.”

The Club can also confirm that following a mandatory quarantining period in a third-party country, Afghanistan leg-spinner Qais Ahmad will join up with Kent Spitfires ahead of the visit of Gloucestershire to The Spitfire Ground on Sunday 13 June. 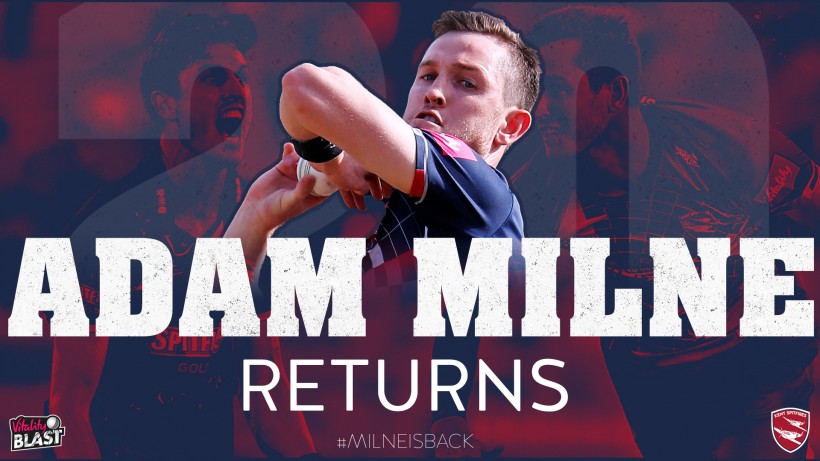