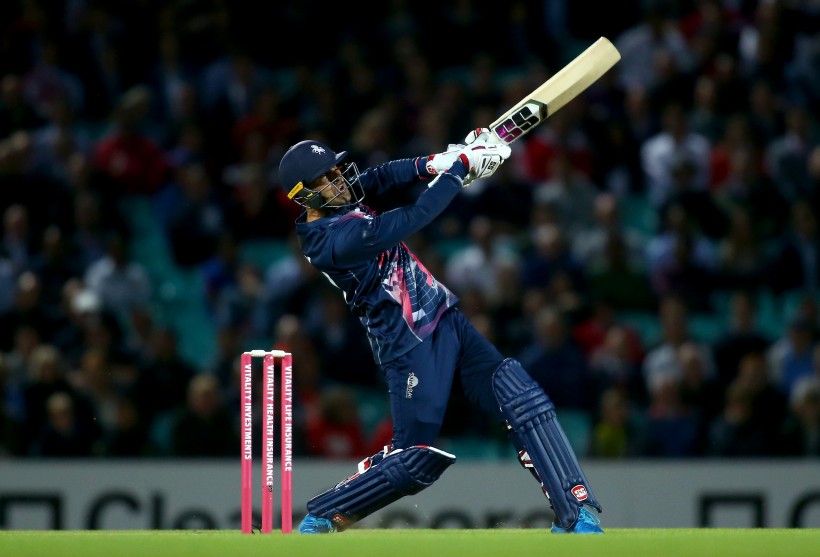 Kent Cricket is delighted to announce that Mohammad Nabi will be a Kent Spitfire for a second year in a row in next year’s Vitality Blast, subject to regulatory approval.

The Afghanistan International was recently named as the best T20I all-rounder in the world in the ICC’s latest Player Rankings, and gained cult hero status in his time at the county last year with several memorable performances in a Spitfires shirt.

His destructive innings of 43 runs from only 12 balls to help Kent defeat oldest rivals Surrey at the Kia Oval in July was one of the stand-out batting performances of the tournament.

Nabi finished second in Kent’s six-hitting charts, his 11 maximums only one behind the 12 scored by Zak Crawley and Alex Blake.

With the ball, the off-spinner took eight wickets at a handy economy rate of 7.22, and took three catches in the field, including a fantastic boundary edge catch against Somerset at The Spitfire Ground, St. Lawrence on debut.

Nabi has experience in playing for franchises in T20 leagues around the world, including Sunrisers Hyderabad in the Indian Premier League (IPL), and also winning Australia’s Big Bash League (BBL) with the Melbourne Renegades.

Nabi was selected by the London Spirit in the second round of The Hundred Draft on 20th October this year.

On rejoining Kent for the 2019 Vitality Blast, Nabi said: “I very much enjoyed my first season with Kent and I am pleased to be coming back for another year of the Vitality Blast.

“There’s lots of quality in the team so hopefully we can do well.”

“To do well in the Blast, you need a number of matchwinners, and Nabi showed us what he is capable of last year.

“His ability to bowl at any stage of the innings and to hit the ball out of the park when he bats makes him one of the most exciting players in world cricket.

The only way to guarantee your place to see Mohammad Nabi as a Kent Spitfire next season is to become a Kent Member for 2020, the club’s 150th Year.

Beaumont and Wilson in England squad