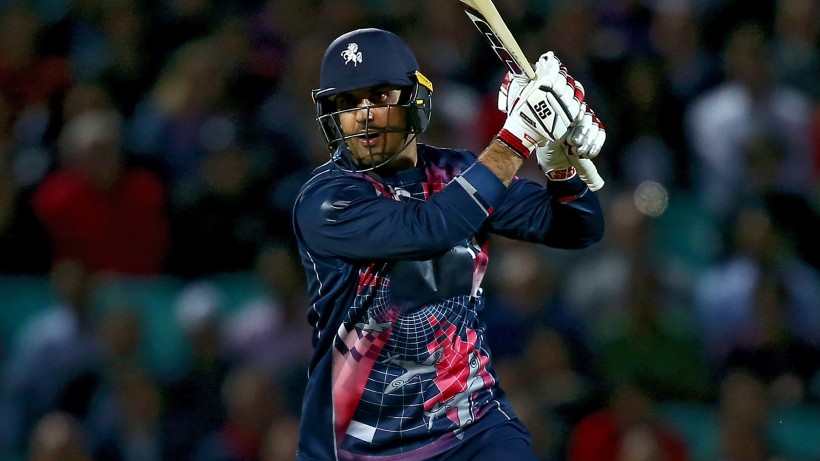 Due to the ongoing COVID-19 crisis, Afghanistan all-rounder Mohammad Nabi will now not be returning to the Kent Spitfires for the 2020 Vitality Blast.

He endeared himself to the Club’s members and supporters right from his first appearance in a Kent shirt, smashing four sixes on debut on the way to a quickfire 34 on debut as well as taking an impressive boundary catch at The Spitfire Ground, St. Lawrence against Somerset.

‘Cult hero’ status amongst the Kent faithful was assured after the right-hander single-handedly took on the bowling attack of Kent’s oldest rivals, Surrey, in front of the Sky Sports cameras at the Kia Oval in July.

In a weather-affected affair, Nabi’s imperious batting saw it rain sixes in South London, smashing five maximums on his way to 43 not out from only 12 balls, Kent making their required 55 runs from seven overs with 18 balls to spare.

Kent’s Director of Cricket, Paul Downton, said: “There was a lot of excitement around Nabi returning as a Kent Spitfire in 2020, but unfortunately the uncertainty around the cricket schedule during this current crisis means that this isn’t possible this year.

“He was very popular amongst the squad, staff and supporters here last season and it was great to bring his experience to the Club first time around.

“Hopefully there will be an opportunity for Nabi to join us again in the near future.”