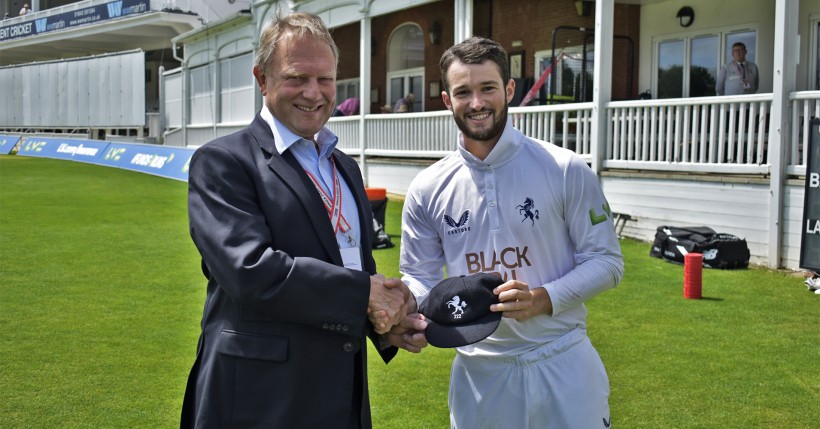 Kent Cricket is delighted to confirm that Ollie Robinson has received Kent Men’s Cap number 222 during Lunch on Day One of Kent’s LV= Insurance County Championship match with Gloucestershire.

County Caps are presented to players that have excelled for Kent, and now 222 County Caps have been awarded so far to Kent’s Men’s players, starting in 1882. Women’s Caps were awarded for the first time in 2021, dating back to Kent Women’s first recorded match in 1935.

A graduate of the Kent Cricket Academy, 23-year-old Robinson made his first-team debut for Kent in 2017, and has gone on to make 85 appearances for the county so far in his burgeoning career, amassing almost 3,000 runs across all formats.

The right-hander has scored four first-class hundreds for Kent, and has passed 100 first-class dismissals with the gloves. This was helped not least by taking the most catches of the 2019 County Championship (54) in a breakout year that included his maiden first-class century – 143 against Warwickshire at Edgbaston.

Sidcup-born Robinson made his debut for Kent during the FGS Plant List A tour of the Caribbean in February 2017, and captained the county for the first time in one-day competition, leading the Kent Spitfires on four occasions during 2021’s Royal London Cup. 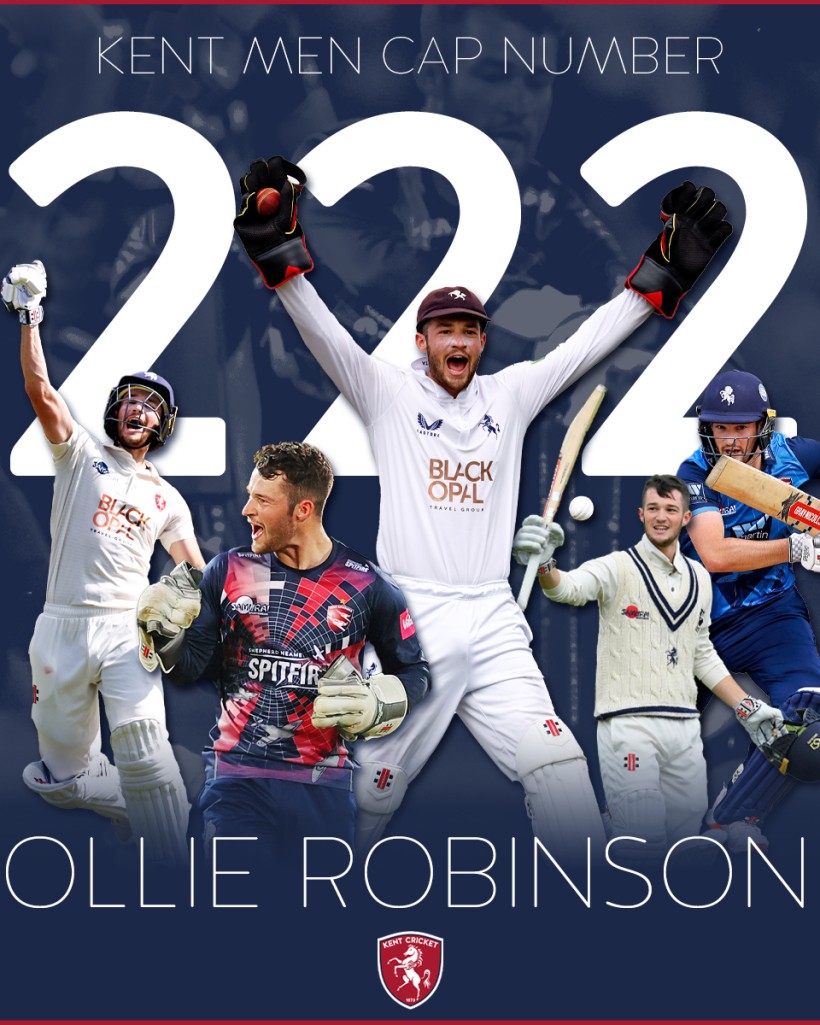