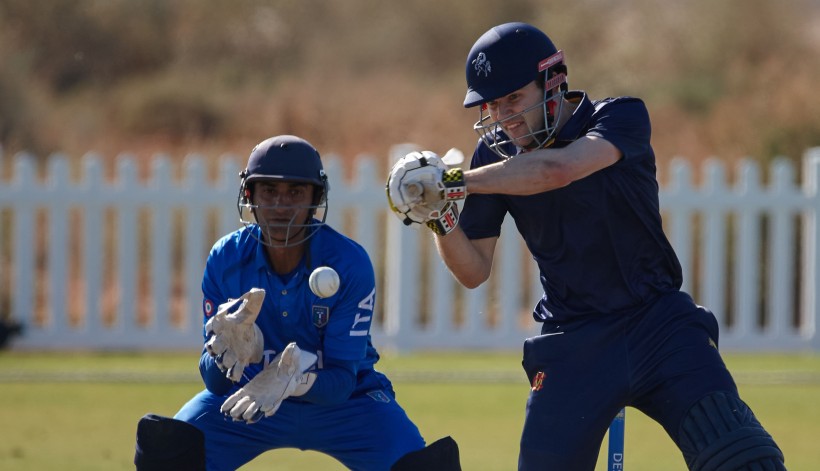 The MCC Spirit of Cricket Tournament, hosted at the Desert Springs Cricket Ground in Almería, Spain, began earlier this week with the first of two MCC teams playing Germany and Italy.

All three days of cricket provided some extremely competitive action, with the outcome of the matches usually decided by individual moments of excellence, such as Fayez Naseri’s unbeaten 42, which included 28 off only five balls as Germany defeated MCC.

The tournament has not only given the players involved valuable experience of performing under pressure, but also providing the coaches the opportunity to see their players play in tight situations, which will add to their development significantly.

O’Riordan recorded scores of 43 and 41 against both opponents in the T20 tournament, batting in a variety of positions in MCC’s order.

Germany were the stand out side in this segment of the tournament, winning all four matches and showing their experience in T20 Internationals. This format is prioritised by European nations such as themselves.

Both MCC and Italy won one match out of their four, beating Italy by seven wickets. Skipper Chris Swallow claimed miserly figures of 2 for 6 as the Italians made 137 for 6, before Kent’s Marcus O’Riordan top-scored with 41 as MCC made it home with three balls to spare.

The tournament has been gratefully received by the nations involved as well as the Members who have represented MCC on this trip, which has been the first overseas tour the Club has been able to provide since early 2020, due to the complications of travel caused by Covid-19.

The full scorecards and results from all fixtures are available here.

The second half of the tournament will now take place, with another MCC side, captained by Thomas Rash and managed by Paul Davidge, arriving at Desert Springs to take on Austria and Spain in the same format.