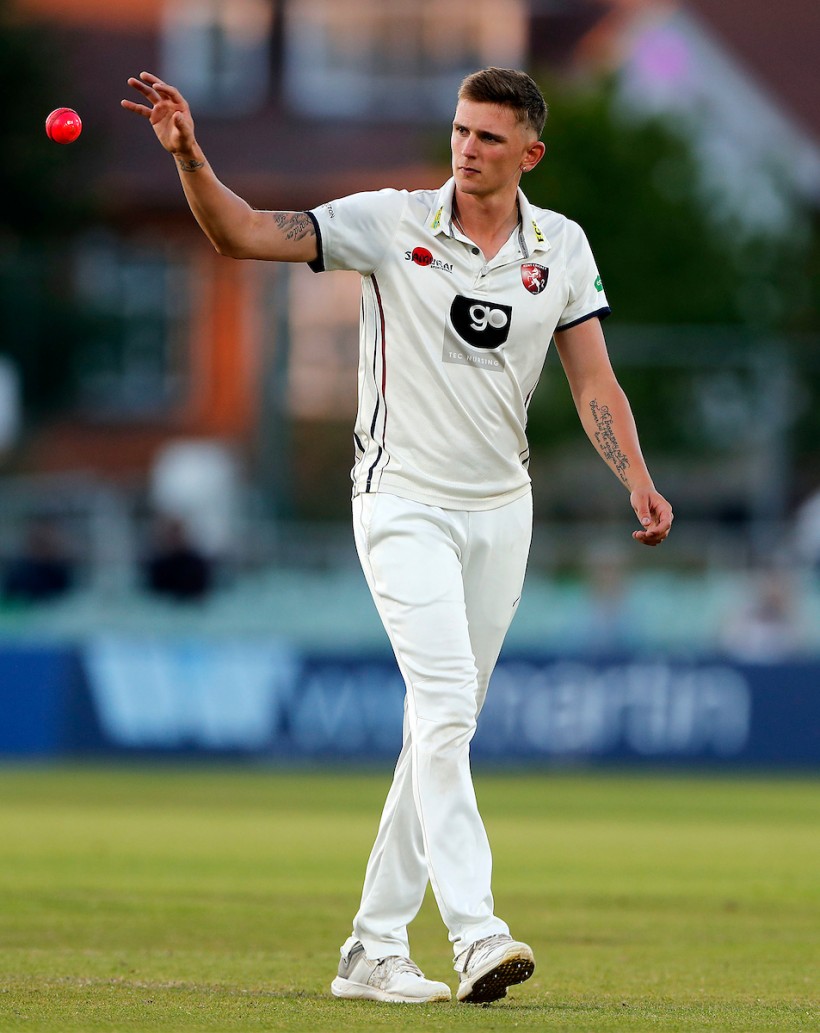 Seamer Harry Podmore grabbed a career-best 6/36 against his former club as Kent secured a record victory in the Specsavers County Championship against Middlesex at The Spitfire Ground.

The hosts climbed to the top of the table to boost their promotion hopes with a 20-point haul thanks to the 342-run win inside three days.

The visitors collapsed as Podmore improved his career-best with a fine spell from the Nackington Road end, supported by Grant Stewart and Ivan Thomas who took two wickets each at the Pavilion end.

The visitors second innings malaise continued from the 12th ball of the day when Sam Robson chased a wide out-swinger from man-of-the-match Stewart and edged to substitute fielder Adam Riley at fourth slip to make it 27 for three.

Nine on, and without a run to his name, Dawid Malan fenced at one from rushing across him from Podmore to nick to the keeper.

Stewart took his match-tally to eight by removing night watchman Ravi Patel to another catch in the cordon after a miscued back-foot force, then Podmore, who only joined Kent in the close season, darted one down the slope to snare Hilton Cartwright flush in front and leg before when prodding half-forward.

Podmore, 23, clinched his maiden first-class five-for when left-hander John Simpson feathered a lifting leg-cutter through to the keeper and, in his next over, the Hammersmith-born right-armer accounted for George Scott to a regulation catch at slip.

Thomas replaced Stewart at the Pavilion End to have James Fuller pocketed in the cordon and, after some lusty late hitting, Tim Murtagh heaved at one from Thomas to lose his off stump as Kent wrapped up their win 10 minutes before lunch.

It was the heaviest margin of defeat in matches between these two counties beating the 265-run reverse of Middlesex to Kent at The Mote, Maidstone, in 1938. And while a lot will be made of Kent having the best of conditions in this experimental day-nighter, they out-batted the opposition no matter the time of day.

Their young attack – even without leading wicket-takers Matt Henry and Darren Stevens – also looked far more hostile and threatening with the pink Dukes ball than their Middlesex counterparts.

Kent banked 20 points from a fifth win in seven championship starts that cements their place in the promotion places, while Middlesex travelled home with only three points and having been out-gunned on all fronts.

Kent Spitfires return to action at home in the Vitality Blast at The County Ground, Beckenham against Hampshire on Friday 13 July (5.30pm) with oldest rivals Surrey coming to The Spitfire Ground a week later (20 July, 7pm).