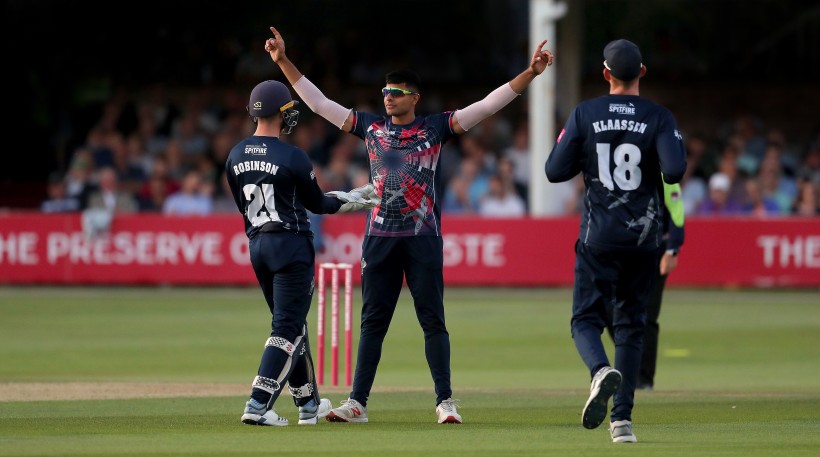 Kent Cricket is delighted to announce that left-arm spinner Imran Qayyum has signed a two-year contract extension with the club.

The 26-year-old joined the club in 2014 and has taken 70 wickets in 66 appearances so far for the county across all formats.

In T20 competition, Qayyum has taken 29 wickets in his Kent career to date, at an overall average of 27.44. 2019 was a breakthrough year for the Ealing-born bowler in the Vitality Blast, where he took 12 wickets at only 18.83. His return of 5/21 against Somerset at The Spitfire Ground, St. Lawrence are now his best figures in a T20 innings.

Qayyum was also a part of the One-Day Cup side that reached the final at Lord’s in 2018, and in List A competition, he has taken 29 wickets in 28 appearances in total so far for the Kent Spitfires.

On remaining at Kent until at least the end of the 2021 season, Qayyum said: “I’m really pleased that I’ve extended my time here at a club with such a good group of lads on and off the field.

“Last year I showed that I can take wickets at home or away in limited overs cricket and I’m always looking to improve my game.”

Kent’s Director of Cricket, Paul Downton, said: “I’m delighted that Imran has extended his contract with Kent until the end of 2021.

“His performances over the last two years have made him a regular in our white ball side. He has shown his ability to get good players out on a number of occasions, and he’s working very hard on improving his consistency.

“We believe Imran will continue to develop his game and become a real match-winner.”

Kent stars shining Down Under