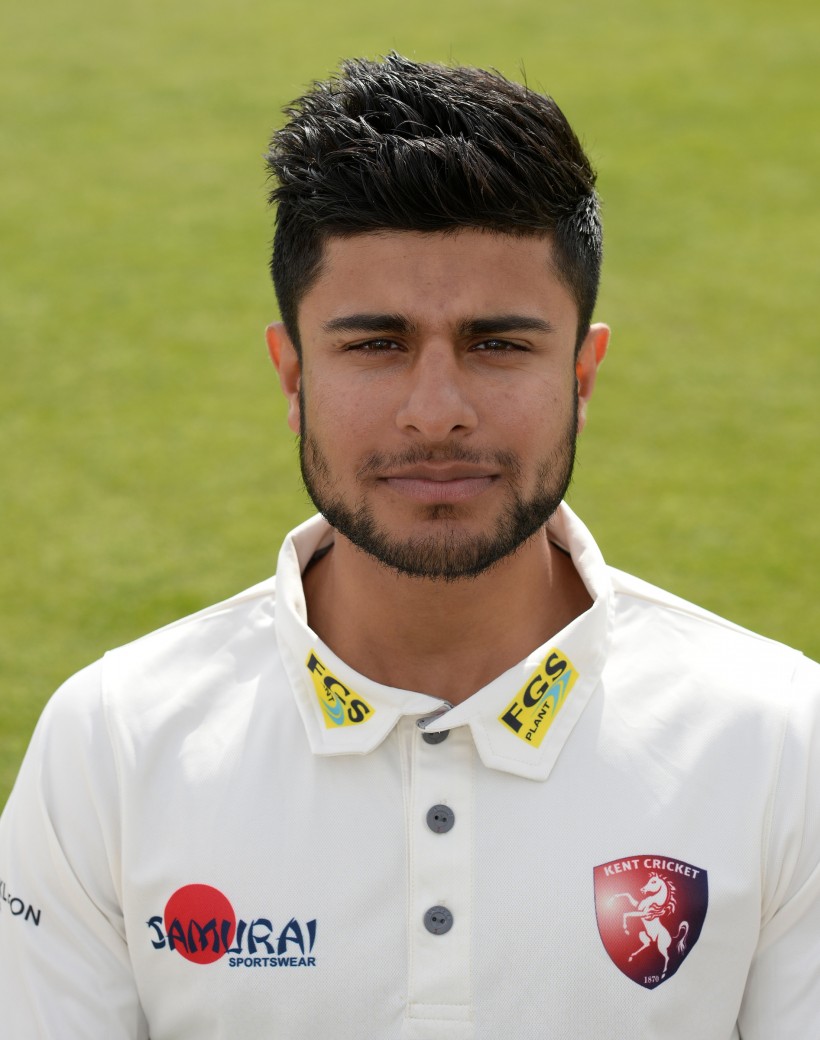 Spinner Imran Qayyum believes Kent’s fielding is a key contributor to the Spitfires’ success so far on the FGS Plant Tour.

The 24-year-old claimed a career-best 4/33 as the Spitfires defended a low total to move a step closer to the semi-finals of the West Indies Regional Super50 in Antigua.

After making his one-day debut on last year’s tour, the left-armer made his T20 debut last summer and says the bowling and fielding is improving with every match.

Kent’s number 11 said: “The win today was a gritty team performance. Calum Haggett and Grant Stewart had to bat smart and bide their time and then with the ball they both were amazing.

“Riley and Treddy bowled really well through the middle overs and once again in the field we were good and clean.

“We keep getting better game by game in the field, pressure and intensity in the ring has improved – something Allan Donald has emphasised.

“Defending a low score, we had to push for wickets and take some risks with attacking fielding positions and with pressure from close fielders I was able to squeeze early.”

Qayyum believes the 2017 tour was a steep learning curve and the Kent squad feel better prepared for Caribbean conditions this year.

He said: “Attacking the stumps is key due to the variable bounce these pitches offer. The pitches over here are pretty slow and teams are very good at striking from the crease so been working on bowling at good pace to not give batters time.

“Lengths are key out here and all the bowlers work to keep the ball away from the striking arc of the batters which is consistently mentioned by Allan and Min Patel out here but something we’ve worked on indoors all winter.”

The London-born bowler has been pushing to put on pace in the nets in the off-season.

“I’ve been working on slightly increasing the pace I bowl at as having a greater range of pace was highlighted as an area of improvement for white-ball cricket.

“For red-ball, we’ve been looking at my use of the crease and improving my stock delivery. Watching the likes of Nathan Lyon this winter has also been helpful.”

Click here to see Kent in 2018 from the best seats