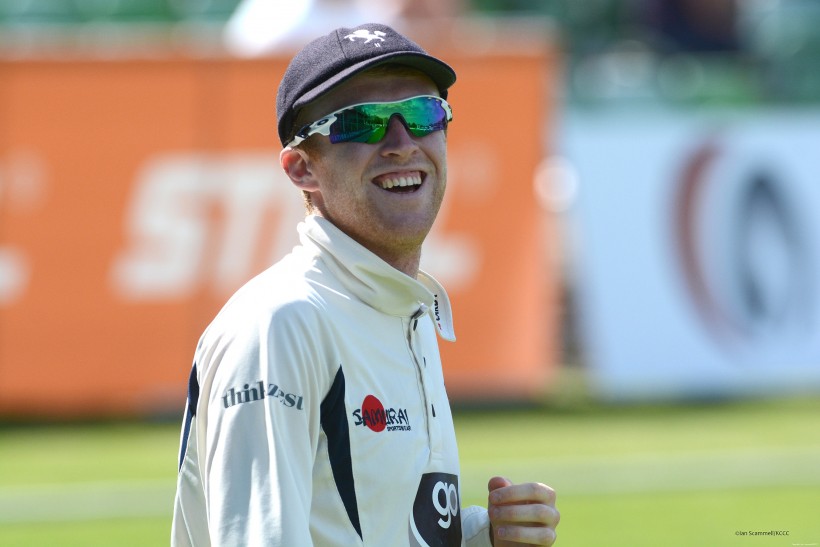 Adam Ball and academy scholar Oliver Robinson shared a stand of 155 and Adam Riley returned from injury as Kent’s second XI beat an Army XI at The County Ground, Beckenham.

After winning the toss and opting to bat, Ball hit eight fours and a six in a fine knock of 87, supported superbly by 17-year-old wicketkeeper-batsman Robinson (65) to give Kent the perfect platform.

The Army XI struck with four wickets in quick succession before Adam Rouse (37*) and Sean Dickson (24*) followed up their century stand on Wednesday with an unbroken partnership of 53 to post a total of 239.

The visitors started their reply in style on a good batting track, sharing a stand of 106 for the first wicket in 19.4 overs as Kent’s seamers toiled.

Returning from a side strain, Adam Riley broke up the partnership and eventually removed both openers.

Hudson (58) and Ryder (40) departed to good catches either side of a wicket for Under-17 all-rounder Thomas Jones from Folkestone.

Charlie Hartley’s fine spell of 2-27 from six overs was the pick of the seamers as he struck either side of a Sean Dickson run-out to secure a 57-run Dickworth-Lewis victory as the amtch was shortened to 40 overs per side.

Beaumont and Marsh in England squad for Pakistan ODI series