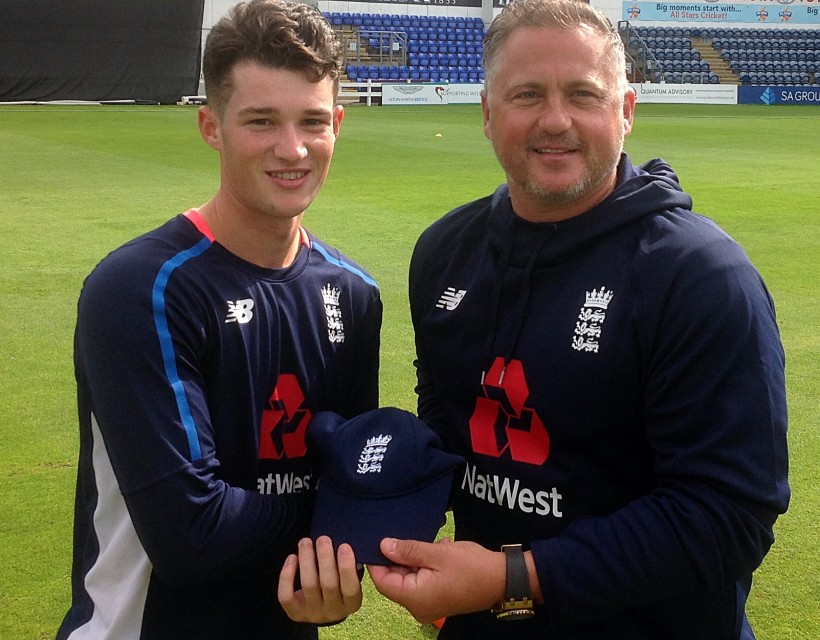 Kent wicketkeeper-batsman Ollie Robinson is hoping to impress in the England Under-19s against South Africa.

The Kent Cricket Academy graduate has enjoyed a prolific summer with the bat for the second XI and his club, Beckenham in the Shepherd Neame Premier League.

Somerset counterpart Tom Banton will lead the squad for the Test series, which starts in Scarborough on Sunday, after his Somerset team-mate Tom Lammonby was ruled out with injury.

Lammonby, who missed the ICC Under-19 World Cup in New Zealand earlier this year after suffering a hand injury in practice, was diagnosed with a stress fracture in his heel after making 45 in the warm-up match against the Minor Counties Unicorns on Tuesday, and has returned to Somerset for treatment.

Banton, a hard-hitting batsman who is one of only five members of this England squad who played in the World Cup, made two T20 appearances for Somerset last season, and has also made seven List A appearances.

Two more players from the 14-man squad originally selected for the two four-day “Tests” against the South Africans have withdrawn because of injury: Ethan Bamber, the Middlesex seamer who impressed in the World Cup campaign, has an abdominal strain; and Greg Willows has returned to Gloucestershire after being diagnosed with a stress fracture in his back.

He joins several other eligible players who are either injured or have been left to play for their counties, including Yorkshire’s Harry Brook, Warwickshire’s Henry Brookes, Worcestershire’s Dillon Pennington, Surrey’s Will Jacks and Jamie Smith and Durham’s Matt Potts.

Four players have been added to the England squad to travel to Scarborough today (Friday): Ben Charlesworth, a left-hander from Gloucestershire who scored a century for an Invitational XI against the South Africans in Loughborough this week; George Lavelle, a wicketkeeper-batsman from Lancashire who also impressed in that game; Sam Conners, a Derbyshire seamer who was a late call-up for the Invitational XI; and Nick Kimber, another seamer from the Nottinghamshire Academy who was drafted into the England Under-19s team for their preparation match against the Unicorns after impressing in practice.

*A separate England Under-19s squad will be named next week for the three-match Royal London One-Day Series against South Africa A with games at Emirates Riverside (July 23, live on Sky Sports), South Northumberland CC (July 26) and Scarborough (July 29).