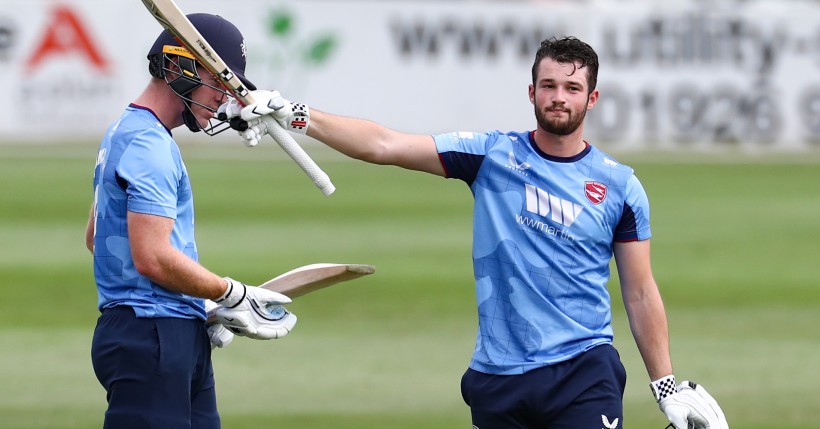 At one point, during his record-breaking innings against Worcester, Ollie Robinson actually managed to reduce Darren Stevens to laughter.

Robinson’s 206 not out in the Royal London Cup was a List A record for Kent, eclipsing the previous mark of 150 not out, set by Joe Denly against Glamorgan in 2018.

As Kent chased down what had looked like a daunting target of, Stevens, so often a show-stealer in the past, was happy to let his friend take the headlines.

“He was just laughing at me,” Robinson said. “And saying: ‘How are you doing this? But it was lovely to bat with him and hear the things he was saying to me while I was batting with him, it was just a lovely moment really.”

The wicketkeeper-batter wasn’t exactly short of admirers after steering Kent home, but Stevens’ praise clearly meant a lot to him. “He can be quite destructive, can’t he?” Robinson said. “We get on really well, we’ve got a good relationship and obviously he’s done similar things to that in four-day cricket. I’ve sat back and watched him in absolute awe of what he can do.”

Stevens had in fact scored the Spitfires second-highest List A score prior to the Worcester game, with 147 against Glamorgan in 2017, and he was just one of a number of Kent greats that Robinson overhauled with his history-making knock. The county’s all-time Top 10 includes Andrew Symonds, Carl Hooper, Rob Key, Sam Billings, Brian Luckhurst, Daniel Bell-Drummond and Chris Tavare, whose reputation for painstakingly slow run accumulation was never entirely deserved.

Robinson knew he’d broken the record, but had little idea who he’d beaten to get there, other than Denly.

“Joe and I were having a laugh and I said to him before the start, I’m going to get 160 today,” Robinson said. “He said, well if you get that you’re going to beat my record and it kind of escalated from there. I had no idea of the list. I knew Joe had the highest score, but only through chance with us chatting about it before the start, so it was surreal really.”

It was an almost flawless innings, but Robinson was more motivated by seeing his team home than any landmarks.

“I got dropped on 109 but then I realised I had to be the one to take it all the way to the back end,” he said. “My score became a little bit irrelevant at times, I just had to be there. We were saying if I’m there at the end we’re going to cruise this, so I think you’ve just got to take that responsibility if you’re the person in and go on win the game. That’s all I really had in my head, just to go on and win the game.”

That was no small achievement, given how many runs Worcester had on the board.

“We had them 36 for 4 I think, we did well in the Powerplay early, then they got a partnership and probably got 50 more than they should have at the back end,” Robinson admitted. “Whenever someone puts 350 on the board you’re kind of thinking that’s a big score, that’s seven an over from the get go, it’s going to be tough, but there was just a carefree atmosphere to go out and express ourselves.

“I said before it started, that all it takes is for two people to get a hundred and then we’re there or thereabouts. With the power that we’ve got coming down the back end, nothing’s out of the question. I think what gave us confidence was that we got 430 against Suffolk two days before as well so we knew we had that ability. Yes it’s different opposition, but you still get that confidence of knowing you can do that.”

From a personal point of view, the innings couldn’t have been more timely, after what might diplomatically be described as a mixed season.

“It was a strange one really, there was a bit of relief, a bit of excitement,” Robinson said. “It was kind of mixed emotions really. It’s been a strange year for me, to go from being captain at the start of the year and getting capped, to go to not keeping and opening and then not playing – and then getting called up as a COVID replacement.”

As he vies for a single place behind the stumps with Billings and Jordan Cox, Robinson is well aware that having fierce competition for the wicketkeeping role is a very Kentish problem. From Les Ames and Godfrey Evans, to Geraint Jones and Niall O’Brien, if there is any consolation, it’s knowing that his Director of Cricket, Paul Downton, knows exactly what he’s going through, having had to compete with the all-time great, Alan Knott.

“Absolutely, he completely sees my side of things because he was in that position,” Robinson said. “So in that respect he’s not that shocked by it because he’s been there, he’s been in that position and he gets how tough it can be at times. It’s a strange position to be in really. You can never really have three keepers, can you because it becomes tough.”

Robinson followed his innings at Worcester with 50 in the defeat at Glamorgan on Thursday and knowing that barring injury he’ll have the gloves during the Royal London Cup, has clearly helped.

“It’s kind of been all over the place really, it’s been hard to get any sort of consistency I guess, without really knowing your role in the team. With this one-day cup I’ve got clarity with what I’m doing and where I’m batting, so I guess that shows, because you’ve got the stability to be able to do that and play that way.” 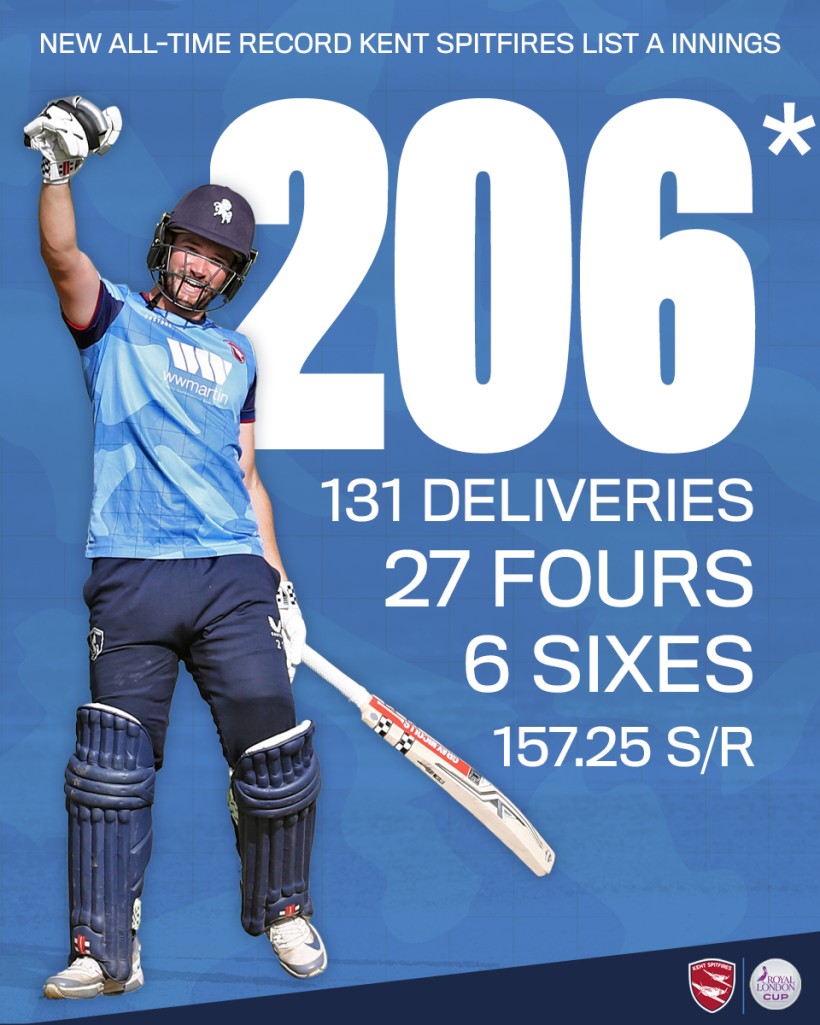