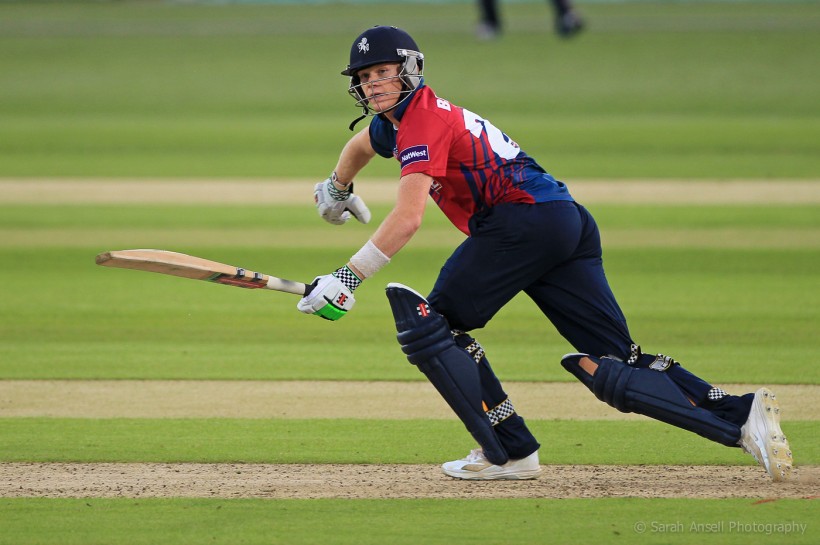 Billingsand Rileydid not feature in the starting XI for the first innings but Billings came in at number five on Wednesday morning to partner Lions skipper Jonathan Trott in the second innings.

The tourists posted 443 in the first innings with the hosts scoring 179 all out in reply. Lions were 43/3 at stumps on day two of three last night.

Billings added 115 with Trott in the morning session with the 23-year-old Kent gloveman scoring 53 not out off 78 balls, including seven boundaries before retiring after lunch.

Trott declared on 79 not out with the Lions' 176 for five declared, setting the Gauteng side a notional 441 target to win in 42 overs.

Adam Riley had a late second-innings cameo with the ball in the second innings and dismissed top scorer Bradley Dial with his first ball.

The 22-year-old got the wicket as Dial was caught at mid-wicket by Alex Lees at mid-wicket for 35. He finished on one for eight from his 12-ball spell.

The Gauteng side clung on, finishing on 120 for eight at the close.

The Lions used the fixture in Soweto to prepare for two four-day games against South Africa A in Paarl (January 11-14) and Bloemfontein (January 18-21).

See Sam Billings and Adam Riley in action this summer with a Kent Cricket Membership.

Entry to Kent v Australiaon June 25-28, the first game of the Ashes Tour, is included in Kent All Rounder and Championship Plus Memberships and an option for Six Pack package holders.

Members can also buy up to six guest tickets before the fixture goes on general sale in March 2015.