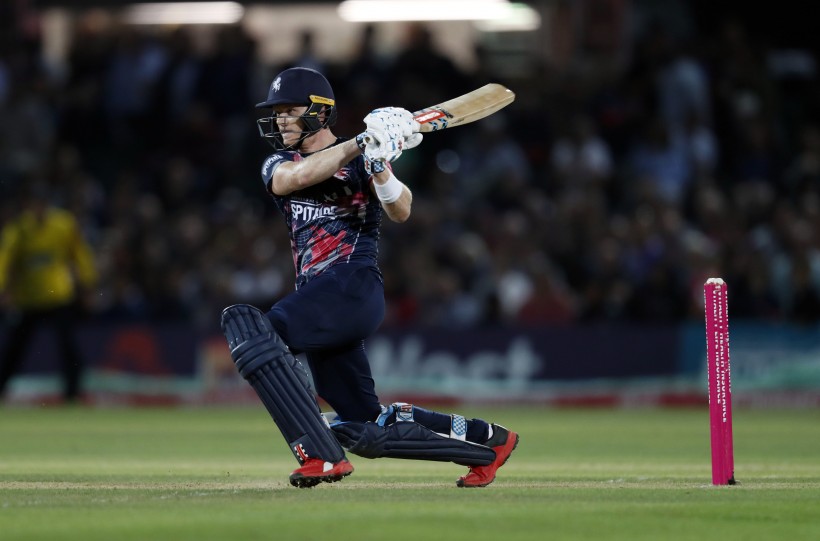 Kent captain Sam Billings is not a cricketer known for taking backward steps, so it comes as little surprise to find out that the 28-year-old wicketkeeper-batsman is looking to take some positives out of Kent’s three-month Coronavirus lockdown.

Unlike many of his county colleagues, the England international has remained out of furlough throughout the pandemic, spending his time promoting the county club and holding on-line meetings with his players and Kent’s coaching team.

Though he returned to England squad training together with Kent team-mates Zak Crawley and Joe Denly earlier this month, Billings has clearly been taking his county pastoral role seriously.

“I think our job as senior players has been to support each other throughout this difficult period,” said the Pembury-born winner of 41 England caps.

“There are definitely some guys who have struggled more than others. Me, Zak and Joe have been lucky to have the return to England training to focus on, so motivation for us three has never been an issue.

“The interesting thing for me, after talking to most of the guys online, is that the lads at the beginning of their cricketing careers have struggled with this break much more than the older players have.

“That said, the experience and the years some of our guys have totted-up in a row does eventually take its toll, so even for them this prolonged break could actually be a hugely positive thing when it comes to guys re-charging their batteries.

“I missed five months of the year through injury last year and believe I’ve dealt with this lay-off and the experience of missing cricket far better than I might have through that experience. So in some ways, it’s a normal summer for me,” quipped the Spitfires’ skipper.

“It has been a really good time to actually look at some areas that, as individuals and also as a team, we can move forward with and improve upon and do a bit of homework, if you like. So there have been positives, but it’s great now to be back in training and moving forward towards playing some more cricket down the line.

“From my viewpoint, there’s little point in getting frustrated because both situations [last season’s injury and the pandemic] were totally out of my control. I can’t do anything about it, so for me that’s the right mindset to have.

“As a group of players we have to concentrate now on what we need to do to be ready for cricket and focus on the things we can control. That has been a huge part of the coping strategy for me and part of the learning curve throughout all this.”

Though he has missed playing golf during the lockdown, Billings has at least enjoyed watching some sport on television, and in particular the 10-part Netflix documentary series The Last Dance which chronicles the National Basketball Association career of Chicago Bulls legend, Michael Jordan.

“I’ve been absolutely obsessed with The Last Dance,” explained Billings. “It’s an amazing series and I’ve loved every minute of it. I’d love to pick Michael Jordan’s brain and think he’d be an incredible guy to talk to.

“When you consider what he’s created with the Jordan brand since he gave up basketball, it’s incredible. He’d be a very interesting bloke to take down the pub for a pint, that’s for sure.”