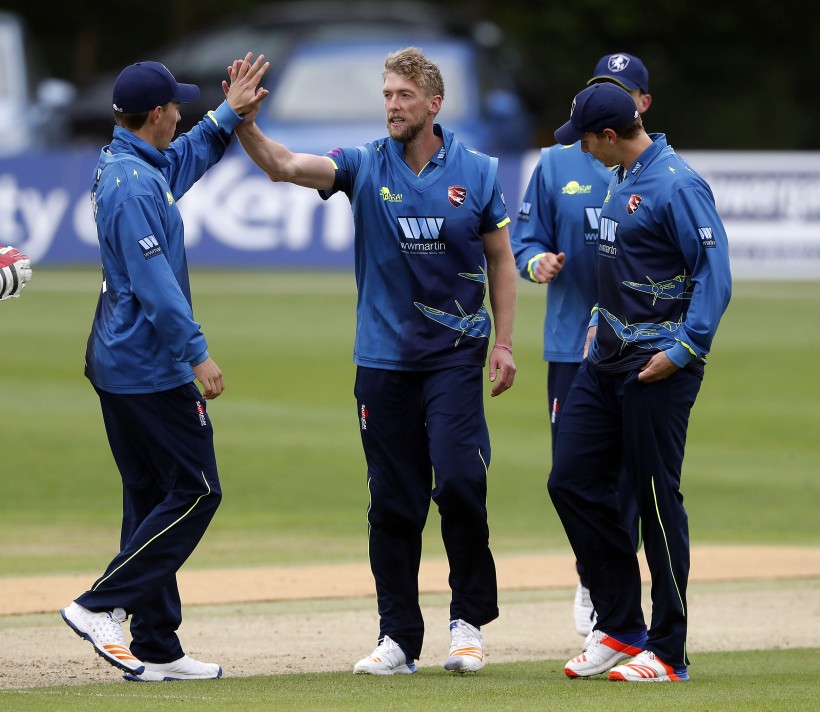 There was double delight for Kent Second XI with two T20 victories in the same day in friendly matches against the Jersey Cricket Board at the County Ground, Beckenham, on Sunday.

There was a 12 run win in the first match, thanks largely to a brilliant bowling performance by Kent’s Dutch international left-arm seamer Fred Klaassen, who took five wickets in his allotted four overs. Kent were five wicket victors in the second game, winning with a six off the penultimate ball of their innings.

The fixture against the Islanders was originally scheduled as a 50 over match but was changed to the shorter version of the game as a warm-up encounter for Jersey who are taking part in a World Cricket ICC T20 pathway tournament next week against Guernsey, Denmark, Italy, Norway and Germany.

It was certainly a whirlwind day out for the Jersey players, who made a dawn flight to Gatwick to reach Beckenham for a 10.30am start and returned home immediately after the games had finished, but the early alarm call did not seem to affect them and they proved challenging opposition to Kent, despite their two defeats.

In the first match, Kent scored 195 for 5 from their 20 overs, Alex Blake hitting 43 off 21 balls with four sixes and two fours and Calum Haggett  his the same boundaries in his score of 41. Jersey’s innings was undone by Klaassen who took 5 for 18, three of the wickets in the last over of the visitors innings for five runs, as they could only reach 183 for 8.

Jersey batted first in the second game and mustered 175 for 5 from their 20 overs, this time around Klaassen took 2 for 28. Former Kent Academy scholar Marcus O’Riordan top scored in Kent’s reply of 177 for 5, with 45, which included seven fours and Alex Blake smashed a 22-ball 40 runs with three sixes and two fours.

With four overs remaining of their innings, Kent still needed 51 runs for victory and they got home with one ball to spare. Australian all-rounder Jared Lysaught hit the fifth delivery of the last over for a massive six to complete the five wicket victory. He was 10 not out and Calum Haggett 28 unbeaten to end a days play, which from two matches saw 730 runs scored. 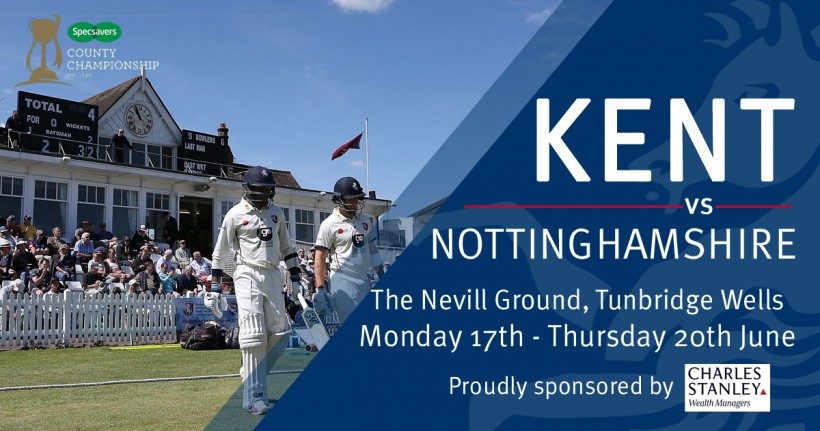 Rain claims Day One vs. Somerset