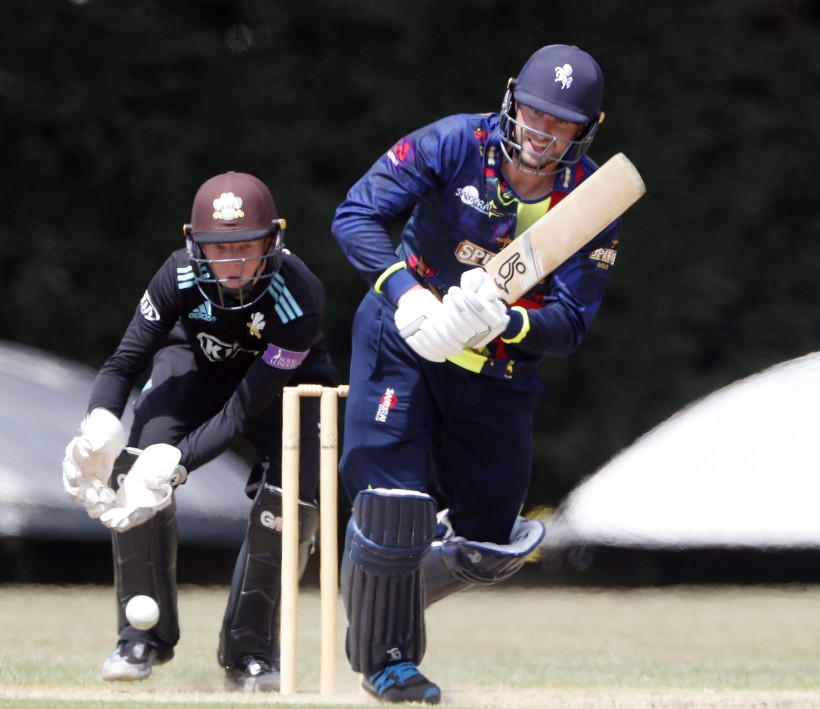 Several Kent Spitfires got vital match practice ahead of the Royal London One-Day Cup final on Saturday and the Vitality Blast which starts next Friday with two second XI T20 victories against Middlesex at Uxbridge.

James Tredwell struck on his return to second XI action after a shoulder injury as England Under-19 wicketkeeper-batsman Jack Davies hit 89 not out but kept losing partners at the other end in an eight-run defeat.

In the second match, the hosts invited Kent to bat and skipper Will Gidman enjoyed a superb cameo of 79 off 51 balls at the top of the order.

Alex Blake warmed up for Lord’s on Saturday with a quickfire 50 of his own as he hit four fours and four sixes to post 65 off 30 balls.

Middlesex’s reply was similar to the first match with Martin Andersson’s 74 the anchor without too many partnerships.

Pace off the ball proved useful with Qayyum and Sandwich Town spinner Jan Gray taking two wickets each as James Tredwell grabbing another in a tidy four-over spell.

Stewart shines with bat and ball in day-nighter