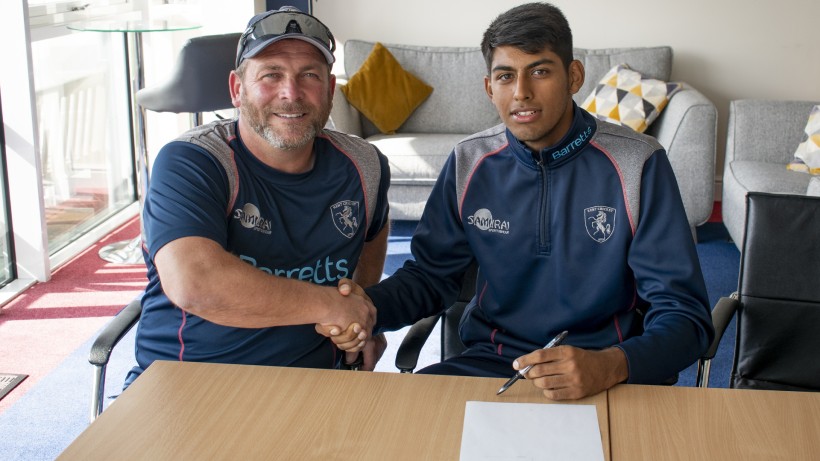 Jas Singh has signed his first full-time professional rookie contract with Kent Cricket ahead of the 2022 season.

A product of the Kent Cricket Academy, the right-arm seamer made his first-class debut for Kent against Sussex in 2021, taking four wickets for 51 runs in his first innings with the ball in the red-ball game.

The 19-year-old, who plays his club cricket for 2021 Kent Cricket League Premier Division champions Bexley, also featured for Kent against Derbyshire in the Club’s final away match of the LV= Insurance County Championship, taking 2-42 in the final innings.

On signing full-time terms with the county, Singh said: “I’m delighted to be given the opportunity to become a professional cricketer for Kent.

“There’s a really talented and experienced squad here that I can learn from to improve my game and earn more appearances in the First XI.”

Kent’s Director of Cricket, Paul Downton, said: “Jas is an exciting prospect who has shown that he can perform at Championship level with his seven wickets so far in two first-class matches for us.

“He has been a consistent wicket taker in the Kent League for Bexley and is improving rapidly. Jas is the first seam bowler to have come through the Talent Pathway for a few years and It’s fantastic to have a young bowler with Jas’ potential joining our squad.”