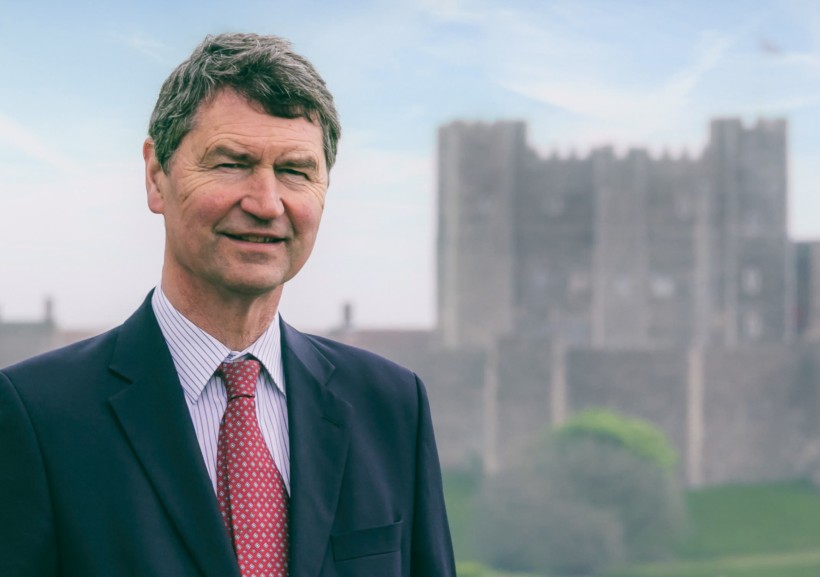 Sir Tim has a strong connection to Kent and a lifelong passion for the game. Having been brought up in Ightham, he was educated at Sevenoaks School, where he was a key member of their 1st XI, batting at the top of the order with former Kent captain Chris Tavaré.  Kent’s current Director of Cricket, Paul Downton, was also part of the side.

Sir Tim attended Durham University, where he was a big part of his College cricket team. Upon leaving Durham, he completed his initial training at the Britannia Royal Naval College Dartmouth. During his distinguished naval career, Sir Tim commanded four warships and held several Ministry of Defence positions, including Chief Executive, Defence Estates.

Since his retirement from the Navy in 2010, Sir Tim pursues a number of non-executive and charitable interests. These include being Chairman of English Heritage which has many historic sites across Kent, Vice Chairman of The Commonwealth War Graves Commission and a Trustee of the Royal National Lifeboat Institution and HMS Victory.

Sir Tim’s Presidency will be effective from 1st January 2020 and additionally, he will take the role of Deputy President for 2019, at the upcoming Annual General Meeting (AGM) on Monday 1st April, 2019.

Chairman of Kent County Cricket Club, Simon Philip said: “2020 is a hugely important year in the Club’s history and we are delighted that Sir Tim has accepted the Presidency for the year of our 150th Anniversary.

“On behalf of everyone at Kent Cricket, we would like to extend our warmest welcome to Sir Tim and wish him every success for his Presidential Year.”

Vice-Admiral Sir Timothy Laurence added: “I am honoured to accept the Presidency in what is set to be a prestigious year for Kent Cricket.

“Kent is very special to me, and I look forward to doing my doing whatever I can to promote Kent Cricket during my time in office.”