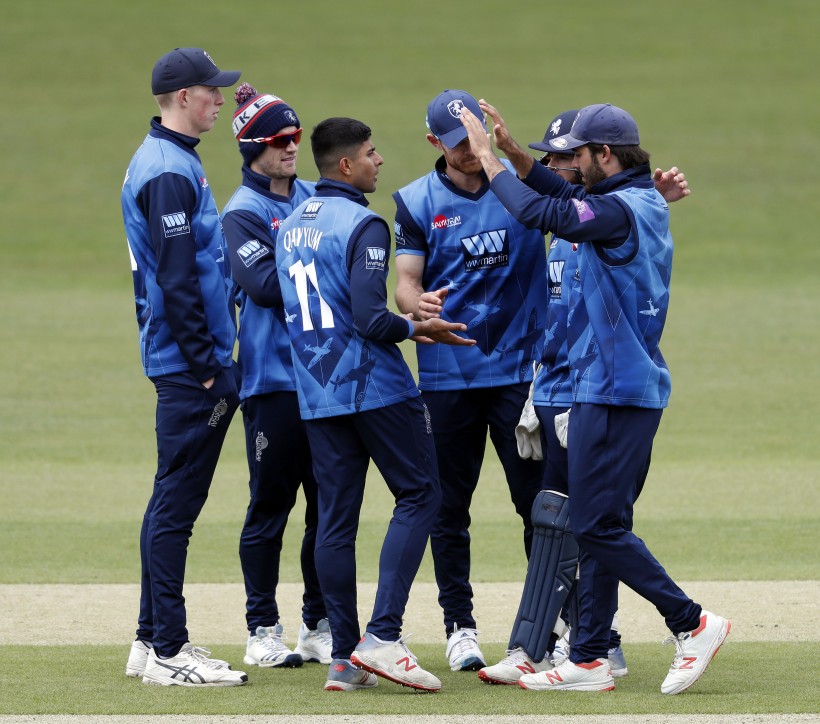 Alex Blake’s big-hitting innings of 89 proved to not be enough for the Kent Spitfires as Pakistan recorded a 100-run win in their opening tour match in blustery Beckenham.

Spitfires lost openers Sean Dickson and Zak Crawley within seven overs, both to Faheem Ashraf. Dickson miscuing to mid-on while Crawley edged an expansive drive to the keeper.

With nine of his side donning beanie hats to stave off the cold, Yasir Shah, Kent’s overseas professional for 2017, sent down a first-over long-hop that Adam Rouse obliging pulled straight to deep mid-wicket.

Playing on his home-town ground, Blake formed a useful fourth-wicket stand in tandem with Robinson that added 132 in 17 overs. Blake muscled a season’s first 50 off 31 balls with three fours and as many sixes and was only 11 shy of a century and had six sixes when he skied a return catch to Hassan Ali.

Robinson followed soon after, caught behind off Assad Ali for 49, then two more deliveries from Yasir led to the demise of Shane Snater and James Harris with consecutive deliveries as the Kent tail fell.

Batting first after winning the toss Pakistan’s left-handed opening partners Fakhar Zaman and Imam-ul-Haq made up for a five-minute rain delay by cantering to a 50 stand in only 6.4 overs.

Imam was gifted a life with his score on 21 when keeper Rouse, Kent’s acting captain, downed a diving, leg-side chance off the bowling of Fred Klaassen as the batsman aimed to glance.

At the other end, Fakhar posted a chanceless 50 from 39 balls with six fours and a six but, after a 10-minute rain interruption, Imam went after edging an attempted cut against Snater to Rouse, stood up to the stumps.

Left-arm spinner Imran Qayyum made good use of the wind to strike with only his fifth delivery from the Beckenham End. Drifting the ball in from outside off stump, he bowled Babar Azam off his pads to make it 123 for two.

Qayyum removed Fakhar for 76 when, in attempting a reverse sweep, he was well caught overhead at short third man by Snater, then touring captain Sarfaraz Ahmed departed for 10 when he chipped a dipping delivery into the hands of mid-off.

Shoaib Malik (4) followed suit in Qayyum’s next over when the 25-year-old spinner pitched one on middle stump to beat the defensive prod and hit the top of off stump.

Haris Sohail and Imad restored Pakistan’s superiority thereafter with a sixth-wicket stand worth 139 in 19 overs. Haris reached his 50 from 51 balls with three fours and a six, while Imad passed the milestone at a run-a-ball with five fours and a six as Qayyum finished with four for 45 – his best in List A cricket in England.

Fred Klaassen got a deserved late scalp having Faheem caught in the deep by Cox off a sliced drive, leaving Imad to plough on to a 73-ball century with 11 fours and three sixes that set the hosts a mammoth pursuit at a run-rate of 7.18 an over – a chase that proved well beyond them.

The 2019 Kent Cricket Open Day is TOMORROW! Meet the players and take part in cricket activities at this FREE event

More information can be found here >>> What you need to know: Kent Cricket Open Day