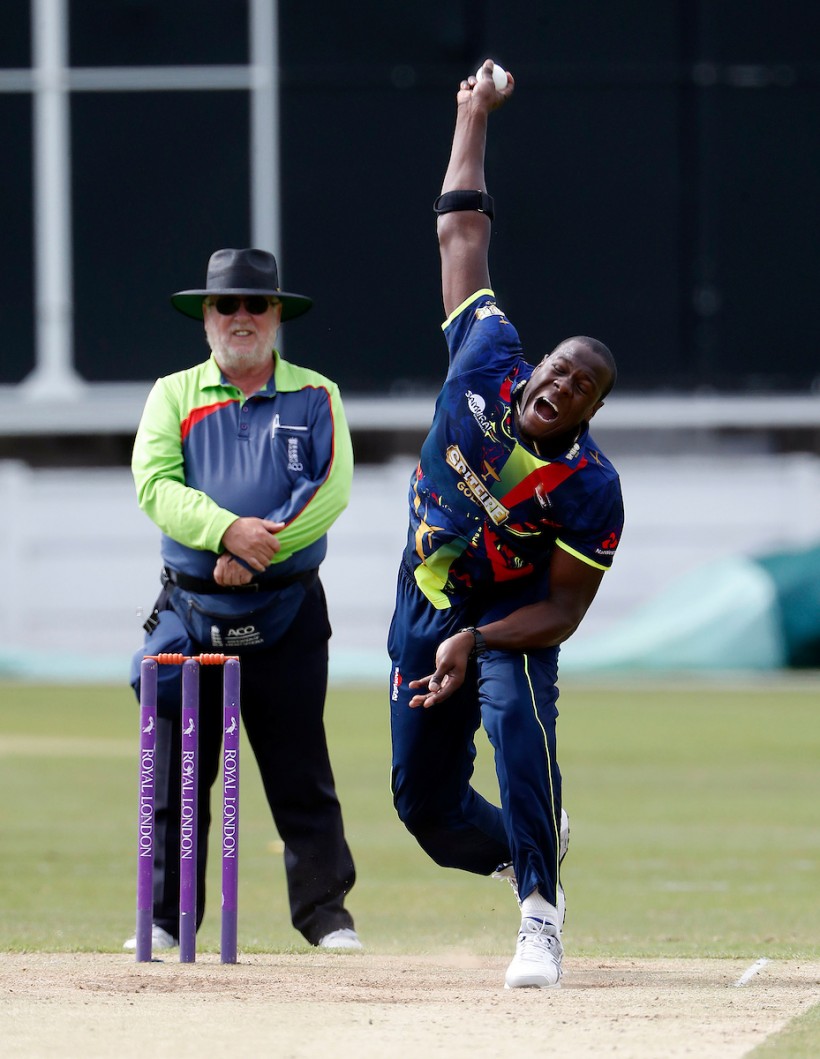 Kent Spitfires will be boosted by the arrival of West Indies T20 captain Carlos Brathwaite, who is in line to make his debut against oldest rivals at The Oval on Friday, writes Mark Pennell.

The all-rounder will play in Kent’s opening four T20 qualifiers for the first four matches before Australian all-rounder Marcus Stoinis joins the squad and is looking forward to his first sojourn into English county cricket.

“I’m very excited to be here at last,” said Brathwaite, the man hailed throughout the West Indies for clubbing four successive sixes off Ben Stokes to win the 2016 T20 World Cup final at Eden Gardens, Kolkata.

“I’ve watched the county game from afar for the past few years and was pleasantly surprised to be approached a month or two back by ‘Bilbo’ [Spitfires’ skipper Sam Billings], who gauged my interest, and I told him ‘I’m definitely interested’. So yes, more than happy to be here.

“I’ve played against ‘Deebs’ [Daniel Bell-Drummond], I met Joe Denly playing for the Sydney Sixers and already knew Sam, so I knew when coming here that knowing a few of the guys in the dressing room would make it real easy to get settled in quickly. The atmosphere since arriving has been really warm and welcoming.”

The gentle giant from Barbados added: “I’ve been following Kent’s progress and know they performed well to get to the 50-over final. Hopefully, I can add something to what has already been a good white-ball campaign for the Spitfires.”

Brathwaite was able to feature in Kent’s brace of T20 warm-up matches against a Netherlands development side.

The Spitfires will be aiming to complete a white-ball double over Surrey having been emphatic 220-run winners in last month’s 50-over match-up in Beckenham.

After Heino Kuhn’s 117 helped Kent post 384 for eight – equalling their List A best total – Kent summarily dismissed the Brown Caps for 164 with Darren Stevens bagging a career-best six for 25 as Kent won with 20 overs in hand.