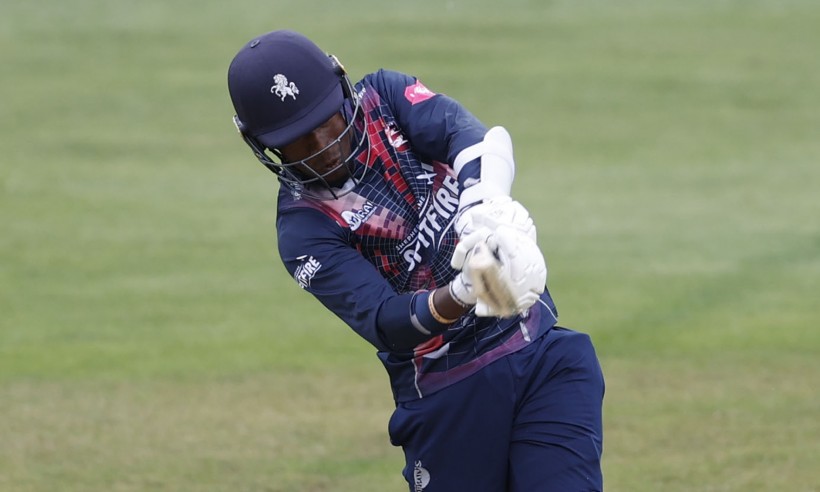 At the halfway point of their Vitality Blast campaign, the Kent Spitfires currently find themselves at the top of the South Group of the competition.

After a frustrating start of the competition with a washout four balls away from trouncing Hampshire at The Spitfire Ground, St. Lawrence and then an incredible tie away at Middlesex – the Spitfires have won three of their three last T20 matches to sit at the top of the pile going into the “business end” of the group stages.

At home to Hampshire, tight Spitfires bowling restricted the visitors to 139/6 after their 20 overs – Matt Milnes was the pick of Kent bowlers with 3/19, whilst Fred Klaassen took two wickets and enacted a classy run-out to dismiss former Kent captain Sam Northeast.

Frustratingly, Kent’s run chase was cut short with the Spitfires well ahead of the required run rate and DLS score, with openers Daniel Bell-Drummond & Zak Crawley motoring along with a 52 partnership from just 4.2 overs – the required number of overs for a match is five-a-side, meaning Kent had to settle for just one point from the match.

The following match at Lord’s ended in more exasperation for Kent, having matched Middlesex’s huge total set for the Spitfires to chase of 209/4, only for Kent to finish on the exact same score – again, leaving the visitors with a point from another strong performance.

Yet another 50 opening partnership put Kent on a strong platform, with stand-in captain Daniel Bell-Drummond leading the charge with a score of 72 from only 32 deliveries.

Now needing to convert performances into points, the Spitfires welcomed oldest rivals Surrey to The Spitfire Ground in what was dubbed a ‘must-win’ game for both sides.

Heino Kuhn led the charge for the Spitfires after returning from paternity leave to navigate Kent through some tricky patches to successfully chase down 162 – a position Kent were put in thanks no less to Tim Groenewald who took 2/31 on his Kent Spitfires debut – to give Kent their first of three wins so far in the tournament.

A remarkable victory away at Sussex Sharks then followed with drama all the way up to the final delivery of the match.

Another 50+ partnership between Bell-Drummond and Crawley put Kent in a great position after being put in by Sussex, Crawley’s 67 from 49 balls and good aggressive cameos with the bat from Jack Leaning and Alex Blake saw Kent score 195/5 after 20 overs.

Imperious batting from Sussex openers Phil Salt and Luke Wright gave indications that Sussex would manage their daunting chase of 196, but Imran Qayyum took two catches and then two wickets of his own to leave the Sharks needing just 7 from Fred Klaassen’s final over.

Klaassen dismissed the dangerous Ravi Bopara, a Vitality Blast winner in 2019 with Essex, with two balls to go and Sussex needing two to win. With the final ball, skipper Bell-Drummond and bowler Klaassen combined to run out former Kent Cricket Academy graduate Ollie Robinson to seal a thrilling one-run victory and Kent’s second on the bounce.

The Spitfires then got their chance to show their form in front of the Sky Sports cameras as the notorious ‘Battle of the Bridge’ against Essex Eagles was played out at a neutral venue during these unprecedented times – the Kia Oval.

The 2019 champions lost the toss and Kent elected the bat first under sunny skies – a decision that proved to be a good one as captain Bell-Drummond led by example and smashed 81 from only 45 deliveries.

Alex Blake lived up to his ‘Blakecano’ nickname by smashing four sixes on his way to a score of 52 not out, helping Kent reach 192/6 – before another great performance for Imran Qayyum with the ball, this time taking 3/25, was the pick of Kent’s bowlers. In a bowling performance that boasted Tim Groenewald bowl Essex’s Cameron Delport through his legs, Essex crumpled to just 162/7 from their 20 overs, giving Kent bragging rights over their neighbours.

The Spitfires now have eight points from their five matches so far, and lead the South Group, two points ahead of their nearest rivals, Surrey.

In this year’s tournament, the top two teams from the three regional groups will be joined by the two “best” third-placed finishers in this year’s Quarter Finals, with 2020’s Vitality Blast Finals Day pencilled in for Saturday 3rd October.

All of Kent’s remaining home games will continue to be live streamed via the Match Centre on the Kent Cricket website, including enhanced camera angles and commentary from Dave Fulton and Steve Watts.

Already awarded the highly prestigious Corporate Chartered Insurance Broker status, Aston Lark is recognised for its ethical good practice, the pursuit of excellence, and for achieving the highest standards for its clients >>> 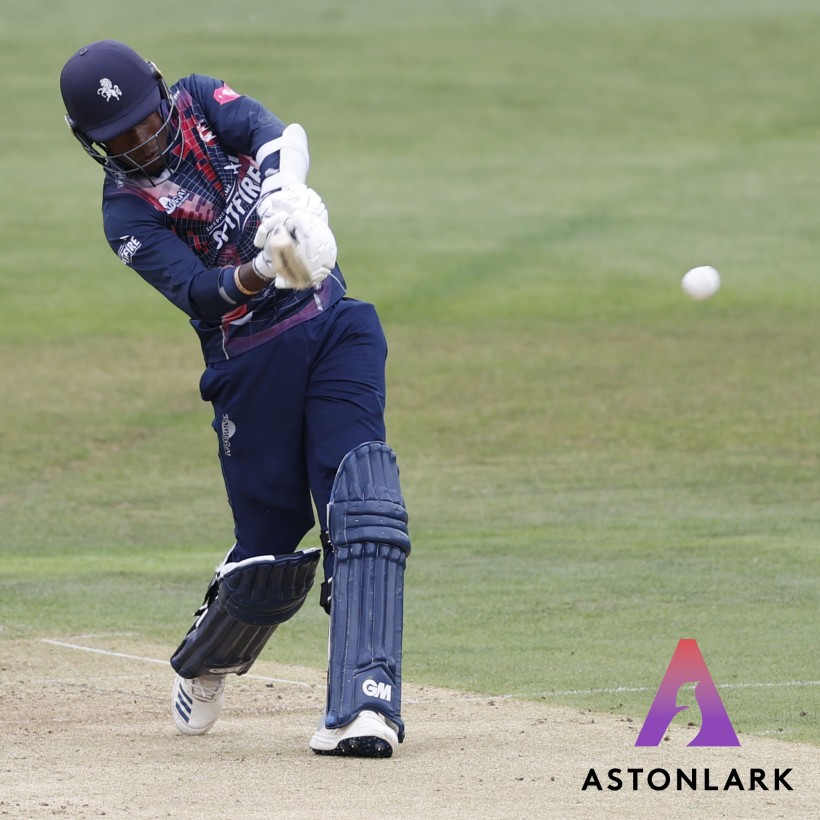