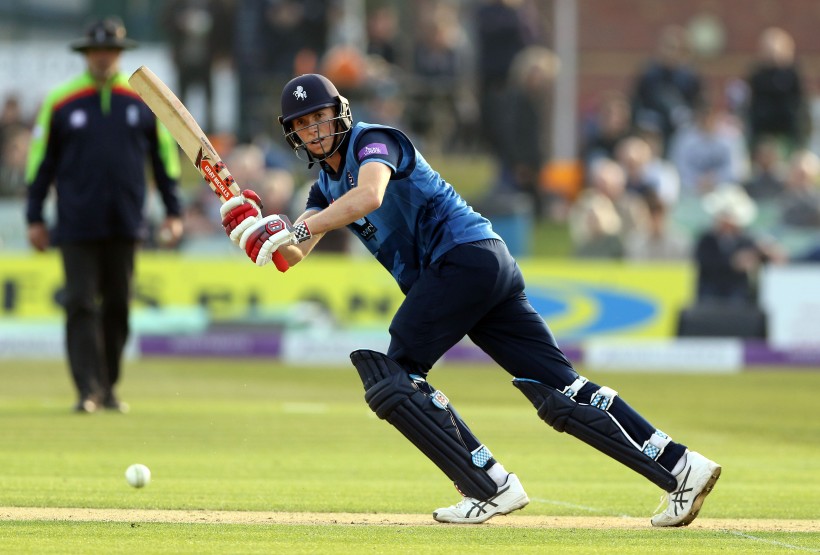 A Kent Spitfires side ravaged by injuries suffered defeat to Gloucestershire in the Royal London-One Day Cup at The Bristol County Ground on Tuesday.

The visitors posted 282 for eight from their 50 overs after losing the toss, Zak Crawley top-scoring with 85, while Joe Denly made 56 upon his return from playing the Indian Premier League (IPL) and Adam Rouse contributed with a rapid 45 not out to close the innings.

In reply, Gloucestershire were given a decent start by Chris Dent (41) and George Hankins (33) before Roderick (100 not out) and James Bracey (67) added 138 for the third wicket to put their side on course for victory with 19 balls to spare.

Without overseas signing Matt Renshaw, Daniel Bell-Drummond and Darren Stevens, Kent needed an early partnership and after the fall of Sean Dickson for four, they got it through skipper Denly and Crawley.

The pair added 103 in 21 overs, Denly reaching a fluent half-century with a straight six off Graeme van Buuren, having faced 60 balls, and Crawley moving to the same landmark from 67 deliveries.

Denly was caught behind prodding at a ball from Payne. Heino Kuhn contributed a bright 24 before chancing his arm once too often with a quick single and being run out by Roderick.

Alex Blake lifted Howell for a massive six over mid-wicket, but was soon well caught by van Buuren as the ball dropped over his shoulder off the same bowler.

From 184 for four in the 37th over, Kent slipped to 237 for seven, Crawley being bowled by a quicker ball from left-arm spinner Smith, having faced 110 balls.

Ollie Robinson was caught and bowled by Howell off a leading edge and when Harry Podmore fell to Smith for 21, Gloucestershire, themselves without overseas player Dan Worrall and seamer Matt Taylor, looked in control.

Rouse smashed 4 sixes against his former county, taking heavy toll on Chris Liddle, who had proved expensive throughout. He ended up with none for 93 from ten overs, the most runs conceded by a Gloucestershire bowler in List A cricket.

Already hit by a lengthy injury-list, Kent’s bowling attack suffered a new blow when Denly was unable to take the field for the second innings because of a back problem.

The Spitfires were forced to fill the vacant fifth-bowler spot with batsmen Sean Dickson and Zak Crawley.

Hankins helped Dent take the score to 72 in the 17th over before charging down the pitch to Imran Qayyum and being stumped.

Dent was distraught when caught on the boundary attempting to swing a Blake delivery for six to make it 90 for two. It was only Blake’s fourth List A wicket and his first since switching from medium pace to off-spin.

Roderick and Bracey were content to milk ones and twos as they took the total to 136 for two by the halfway stage.

On 33, Roderick survived a sharp chance to Blake at cover off Podmore. Without the option of Denly’s spin, Kent gave occasional seamer Dickson a first bowl in List A cricket, with Crawley also turning his arm for a couple of overs.

Left-hander Bracey was first to a comfortable fifty off 41 balls, with 6 fours, while Roderick followed in the next over, having faced 45 balls and hit three boundaries.

Bracey was caught down the leg-side by Rouse off Mitchell Claydon and Howell fell cheaply, but Roderick went to three figures off 80 balls, with 8 fours and 2 sixes, ending just short of his List A best of 104.