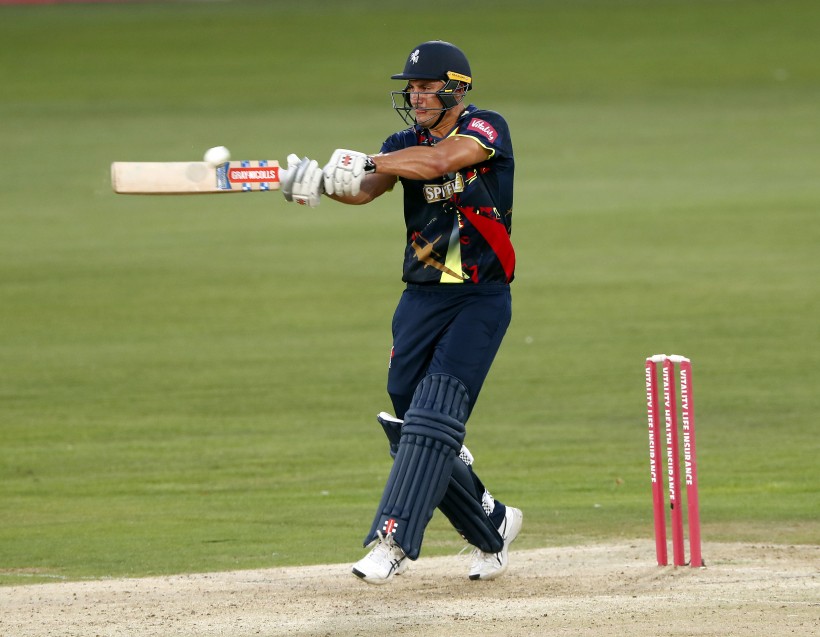 Defending just 139, the overseas signings struck in successive balls in the powerplay to reduce the hosts to 20-4 before they eventually succumbed for 88.

Book tickets for Sunday’s T20 to save on gate prices >

Ivan Thomas picked up the scalp of Joe Weatherley before Denly continued his prolific summer with the ball to polish off the tail with 2/17 in 3.1 overs.

Earlier, Heino Kuhn (29) and Stoinis (26) got starts on a two-paced pitch which made batting difficult despite a fast outfield.

Hampshire’s spinners stifled the scoring in the middle overs after Sam Billings won the toss and opted to bat first with long boundaries making the chase difficult.

England spinner Liam Dawson and teen Afghan sensation combined for 3/43 in eight overs as Kent posted just 139, boosted by a late cameo of 19 off nine balls from Calum Haggett.

See the Spitfires at The Spitfire Ground this Sunday (5 August) against Gloucestershire and at The County Ground, Beckenham next Sunday (12 August) against Middlesex. Both matches start at 3pm with gates opening at 1pm.

Book tickets for Sunday’s T20 to save on gate prices >

Stoinis: One of the best bowling performances