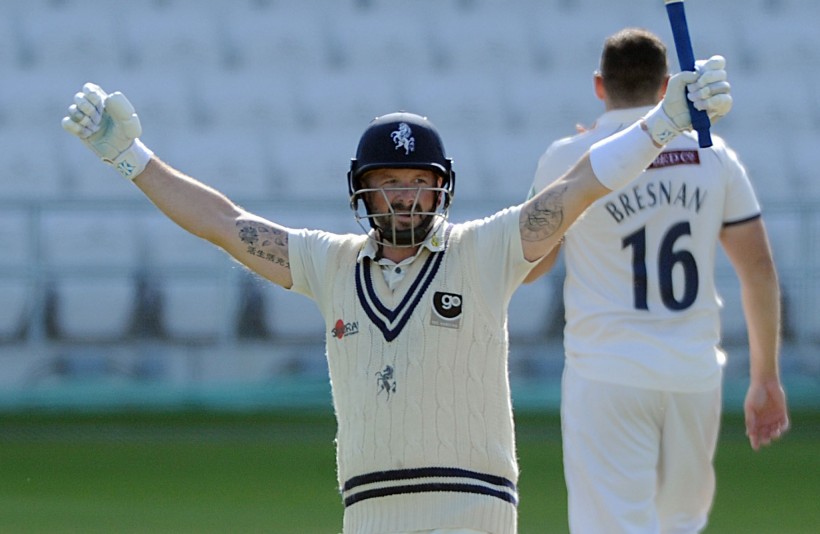 Kent Cricket is delighted to announce that Darren Stevens has agreed a new one-year deal with the club.

The all-rounder has had a remarkable run of form in the second half of this season, and despite the club originally announcing that this year will be Stevens’ last at the club, he will now be a Kent player in 2020, his third decade of consecutive service for the county.

In his last five Specsavers County Championship matches, the 43-year-old has scored 445 runs at an average of  55.63, including a new career best score of 237 against Yorkshire at more than a run a ball.

He has also taken 34 wickets in his last five appearances at a bowling average of just 12.65, including a second career “ten-fer” against Nottinghamshire and another five wicket haul against Yorkshire this week.

On remaining at Kent Cricket for another season, Stevens said: “I’m really pleased to commit myself to another year at this great county.

“I’m feeling great at the minute and I love playing for Kent.”

“I feel like I still have a lot to bring to the team on and off the pitch and I am excited for the year ahead.”

Kent’s Director of Cricket, Paul Downton, said: “‘Stevo’ has really excelled in this half of the Championship season, and his phenomenal run of form quite rightly has earned him this new deal.

“He has been a major contributor to our last two wins and has proved he is still a force to be reckoned with in Division One.”

No play on Day Two