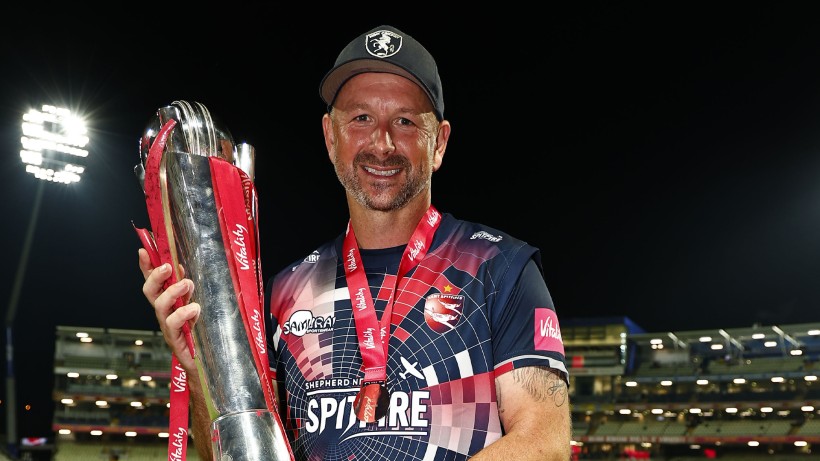 Kent all-rounder Darren Stevens has been named in the Professional Cricketers’ Association (PCA)’s Men’s Team of the Year for the second season in a row.

The 2021 IG PCA Men’s Team of the Year has been decided by the PCA Most Valuable Player (MVP) Rankings to give an ultimate XI from the 2021 domestic season, which sees a wide cross-section of players from 10 counties represented.

Each player, who will receive a personalised winner’s medal, was selected via the PCA Most Valuable Player (MVP) Rankings, with a new statistical algorithm producing the Overall MVP table in 2021.

The Overall MVP takes into account performances in the LV= Insurance County Championship, Royal London Cup, Vitality Blast and The Hundred to produce the players who had the biggest impact throughout the season in all competitions.

Stevens accrued 460 Overall MVP points in the 2021 season, on the back of being named a Wisden Cricketer of the Year ahead of the start of the Summer.

A Vitality Blast champion in his 17th season with Kent, the all-rounder recorded three centuries and took 39 wickets at 18.6 in the Championship, on top of making his way back into Kent’s T20 side on their way to the Club’s first trophy in 14 years.

Over £40,000 has been shared in prize money for the top performers in the MVP across 2021, with competition prize money equal across men’s and women’s domestic cricket.

A new MVP formula was produced at the start of this season by the PCA alongside CricViz and the players for both red-ball and limited-overs cricket, with individuals who have excelled across all formats recognised in the IG PCA Men’s Team of the Year.

Find out more about the PCA MVP Rankings and view the men’s domestic table.

The IG PCA Men’s Team of the Year in full: