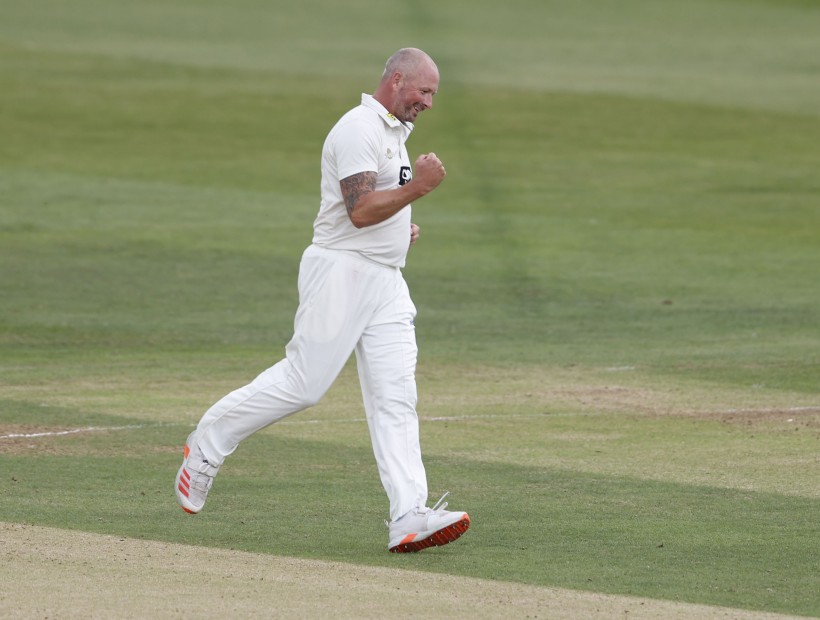 Kent all-rounder Darren Stevens took his third five-wicket haul of the summer and the 29th of an illustrious career as Hampshire succumbed for 191 inside 75 overs on the opening day of their Willis Trophy south group clash in Canterbury.

The 44-year-old bowled 27 overs in four separate stints to finish with a season’s best five for 37. The veteran, making his fifth red-ball appearance of a shortened campaign, has now taken 25 wickets at the frugal average of 16.68 apiece.

In the 13 overs through to the close, Kent lost both their openers in fast-fading light.  Jordan Cox was caught at slip off teenager Scott Currie and Daniel Bell-Drummond had his off stump trimmed by Ian Holland as the hosts went in at stumps on 21 for two to trail by 170 going into day two.

Batting first after losing the toss in overcast conditions, Hampshire openers Joe Weatherley and Holland made a cautious and watchful start scoring 36 runs in the opening hour.

Matt Milnes gave Kent their opening breakthrough in the 23rd over when Holland’s airy back-foot waft outside off stump flew off the shoulder of the bat to Heino Kuhn at slip.

Milnes should had picked up a second scalp soon after when Tom Alsop, cutting with just a single to his name, was downed in the gully by Marcus O’Riordan.

Weatherley, on 37, went in the next over, however, leg before when playing inside the line of a full-length away-swinger from Podmore as the visitors lunched on 89 for two.

Alsop added seven to his score before departing soon after the resumption. Prodding at one that ran away from the left-hander, Stevens, who had switched to bowl down the Nackington Road slope, found an outside edge for Kuhn to take a second catch at slip.

Two balls later Felix Organ, off balance and working to leg, played across a straight one from Stevens to go lbw and make it 99 for four.

With the floodlights on for the second time Stevens, now swinging the ball at will under cloudy skies, bagged his third by getting one to float up the hill and feather the outside edge of Sam Northeast’s bat for the simplest of catches to the keeper. The Hampshire skipper departed for 16, then Lewis McManus (17) followed in near identical fashion in Stevens’ next over.

Lewis Scriven should have joined them with his score on three but Robinson downed a diving chance away to his right off the bowling of Grant Stewart.

Stevens rested after a fabulous stint of 10-7-16-4, but Scriven’s let off counted for nought when he nibbled one from Milnes to Robinson, who this time made no mistake.

Robinson took an even better catch three balls later, tumbling away to his right to claim the outside edge off Mason Crane’s bat as he pushed in defence off the back foot.

Ninth-wicket partners Brad Wheal and Currie dug in after tea adding 46 before Currie, the first-class debutant on 38, fenced at a Podmore lifter to Robinson behind the timbers.

Stevens wrapped it up soon after, bagging his third five-wicket return of the season when Ajeet Dale dabbed an away-swinger to the keeper for Robinson’s sixth catch of the day.

Stevens starred, but Milnes with three for 54 and Podmore. two for 49, offered excellent support. 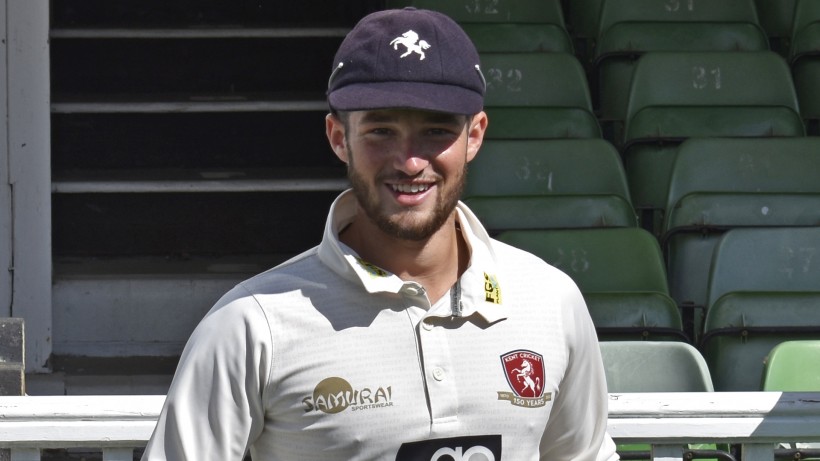