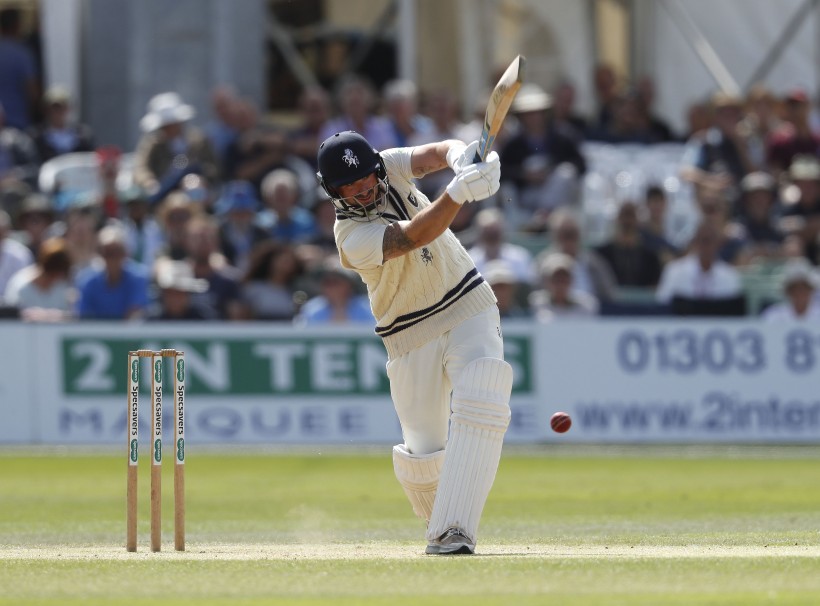 Darren Stevens began his ‘farewell tour’ as a Kent player with an impressive innings of 88 on the first day of the visitors’ Specsavers County Championship match against Nottinghamshire at Trent Bridge.

The 43-year old, who will be leaving the county at the end of the season after 15 years of service, gave a timely reminder of his precocious talents with a display full of intent and invention.

Stevens was happy to veer from the orthodox whenever the situation demanded as he plundered 10 fours and two sixes in his 90-ball knock as Kent made 304 all out.

Heino Kuhn had earlier hit 56 and Daniel Bell-Drummond scored 45 on a day that dripped with quality and nostalgia.

Ravi Ashwin, back in Nottinghamshire colours after carrying the drinks for India’s two recent Test matches in the Caribbean, took his tally of county wickets to 27 from just four championship appearances.

Ashwin claimed figures of four for 121 from 32 overs, getting his four wickets either side of lunch during an initial spell of 21 overs that was broken only by the interval.

In the final 12 overs of the day Notts reached 35 for two, with Stevens topping off a fabulous day individually, with one of the wickets.

At the start of play, Kent lost Zak Crawley for just three runs after they had won the toss and batted, with Luke Fletcher being rewarded for an accurate opening burst.

Daniel Bell-Drummond and Jordan Cox accumulated gradually for 90 minutes before Ashwin began to work his magic.

The second-wicket pair had put 54 on before the off-spinner brought one back to get the second leg before wicket verdict of the morning.

Sam Billings’ stay at the crease was brief, nicking the spinner through to slip in the final over of the morning session.

The visitors’ descended to 119 for five as Ashwin struck twice more, drawing Bell-Drummond far enough forward for Tom Moores to complete a sharp stumping, before Ollie Robinson was bowled by one that went on with the arm.

Kuhn chose the unorthodox route to combat Ashwin’s nagging pressure, twice reverse-sweeping for boundaries on his way to a 68-ball 50.

Marcus O’Riordan, on his first-class debut, scored a dozen before falling to Liam Patterson-White’s slow left-arm, leaving the lower order to accompany Stevens in the pursuit of batting bonus points.

Ollie Rayner plundered 26, Harry Podmore made 11 and Matt Milnes was unbeaten on three as the 300 came up.

Paul Coughlin, a player who has been dogged by injuries since moving to Trent Bridge from Durham almost two years ago, finally picked up his first Nottinghamshire wicket on the ground and followed it up with two more to bag three for 37.

Stevens was last out, lofting Coughlin into the hands of Jake Ball on the fence, when closing in on his 34th career hundred.

His disappointment at not reaching the landmark was tangible – but short-lived, as he proceeded to open the bowling and pin Jake Libby lbw with just his sixth delivery.

Milnes, who moved between the two counties last winter, marked his return to Trent Bridge by knocking over Chris Nash’s off stump with his first delivery back.

Kent Head Coach Matt Walker said: “I’m pleased with that. At the start of the day we were a little bit unsure what that wicket was going to do really but it felt like a ‘Bat First’.

“It was a used wicket, so we felt that was the best way of going about things.

“I thought we applied ourselves really well in the first session but in the middle session we started to accelerate and be more positive and take the game to them.

“To then pick up two wickets at the end, overall, it’s a good day.” 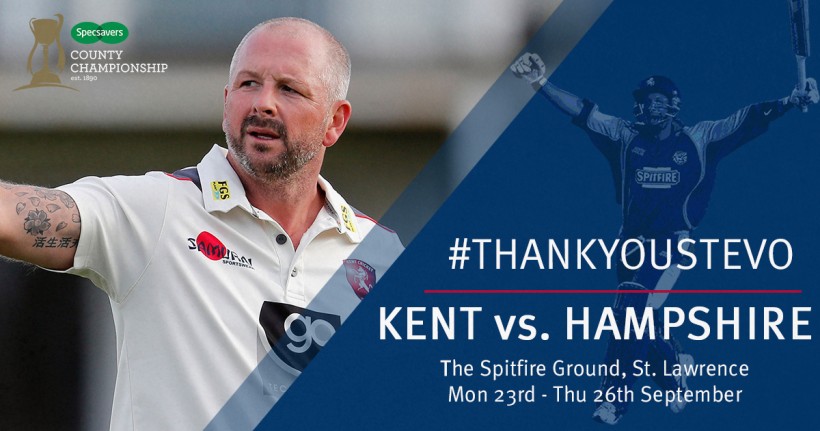