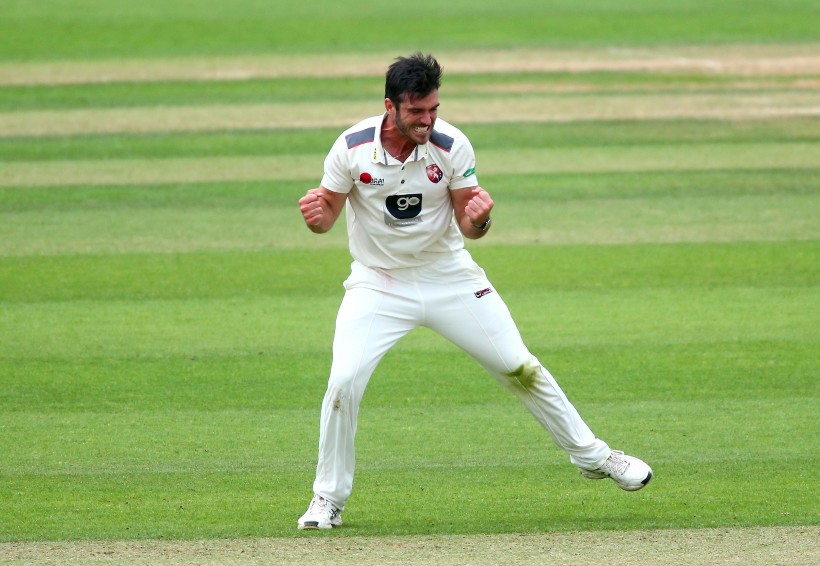 Kent Cricket is delighted to announce that Grant Stewart has signed a two-year extension to his Kent contract which will see him remain at The Spitfire Ground, St. Lawrence until at least the end of the 2022 season.

After making his first-class debut as a Kent player in September 2017, the all-rounder has made 28 appearances for the county across all three forms of the game so far.

The 25-year-old’s best figures with bat and ball both came in the last ‘pink-ball’ County Championship match held at The Spitfire Ground, St. Lawrence, versus Middlesex in 2018. Stewart finished the match with bowling figures of 8-58, and also recorded his maiden first-class century, scoring 103 runs from only 75 balls.

Despite suffering from injury last season, Stewart took 17 wickets in eight matches for the county and scored 125 runs at 20.83.

On lengthening his stay at Kent, Stewart said: “I’m pleased to extend my contract here and I’m looking forward to the season ahead.

“We have shown some great signs across all formats in recent time and with the Club’s 150th anniversary coming up this year, it’s an exciting time to be at Kent Cricket.

“I’m delighted to be able to stay apart of this great squad for the next few years, and I believe we can bring further success to this Club.”

“Grant is one of the hardest trainers in the squad and has been unlucky with a couple of injuries over the last two seasons.

“The more he plays, the more Grant will influence games. He has already shown us he has the potential to become a top class all-rounder in all forms of the game.”