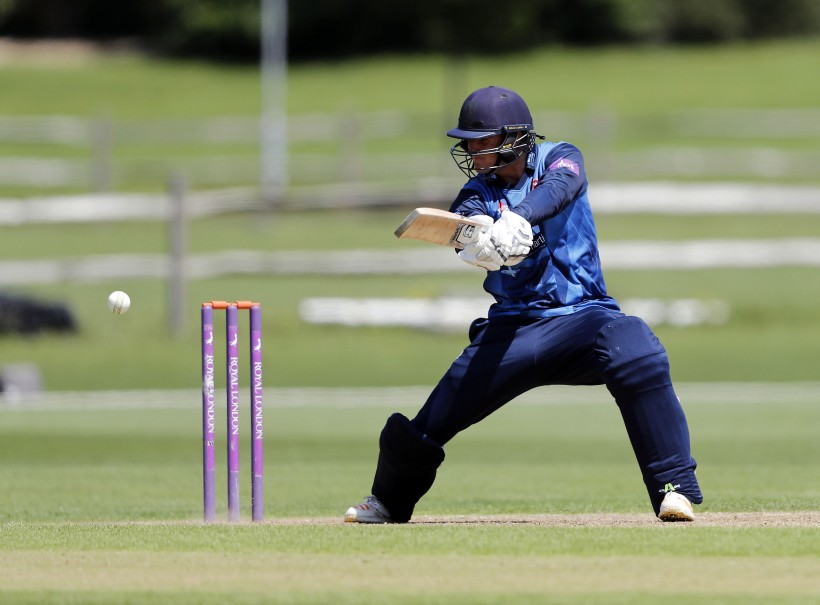 In the first match, he scored 117 off 62 balls with nine fours and six sixes in Kent Second XI’s 192/2. He then took four stumpings in the second game of the day.

Kent Academy scholar Isaac Dilkes scored 54 from 42 balls in a 124-run partnership with Cox in 13.1 overs and another young Academy player,  bowler Taylor Chandler, was in the Kent side along with Finlay Beaman, who plays for Sandwich in the Kent League.

In a more relaxed second match, the CCC scored 155/8 from their 20 overs. Hugh Scott, another Kent Academy student, took 2/23. Kent Seconds knocked the required runs off for a six wicket win in 13 overs, reaching 156/4 with skipper Adam Rouse hitting 80 from 36 deliveries.

The two matches were practice games for the Kent Second team players and some trialists for the upcoming Second XI T20 competition in the next few weeks.

The T20 games away to Somerset, postponed because Kent Seconds were involved in the Trophy Final with Durham, has been re-arranged for Monday July 29 at Taunton Vale.

On Monday, the county held a trial practice day at The County Ground, Beckenham, where coaches were able to look at and assess some players who were on trial in non-competitive T20 matches held in a relaxed atmosphere, with no scoreboard.

The Second XI are next in action on Monday week, July 8 when they play Middlesex at Radlett Cricket Club in a Second XI Championship match followed on the Thursday by two Second XI T20 ties.

Blast is back! Kent Spitfires get their T20 campaign underway with a home tie against Somerset at The Spitfire Ground, St. Lawrence on Saturday 20th July at from 19:00

Warwickshire dig in on Day Three