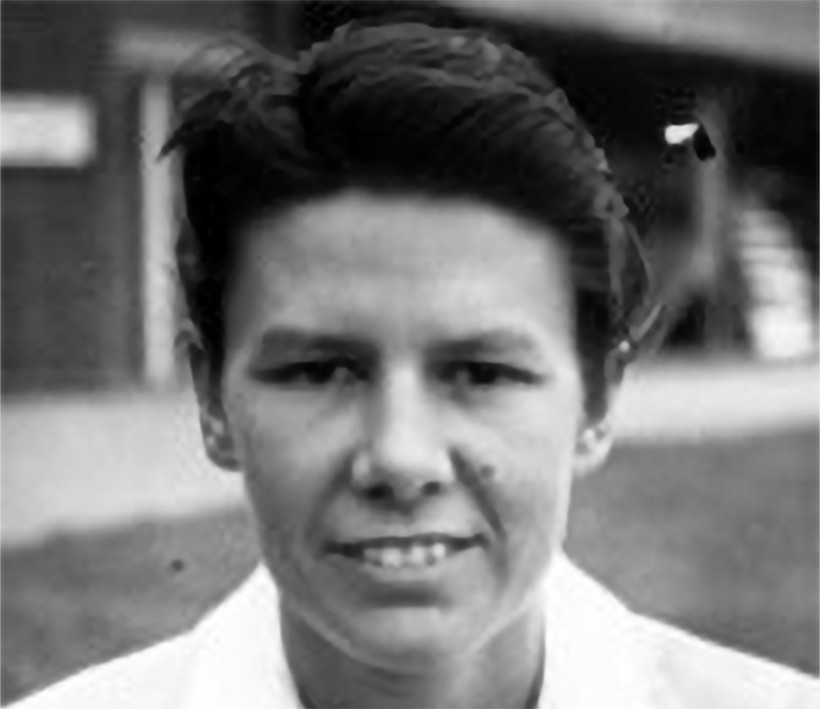 Kent Cricket is delighted to announce the names of ten former Kent Women stars that will receive cap numbers six to fifteen during the Club’s 150th Year. 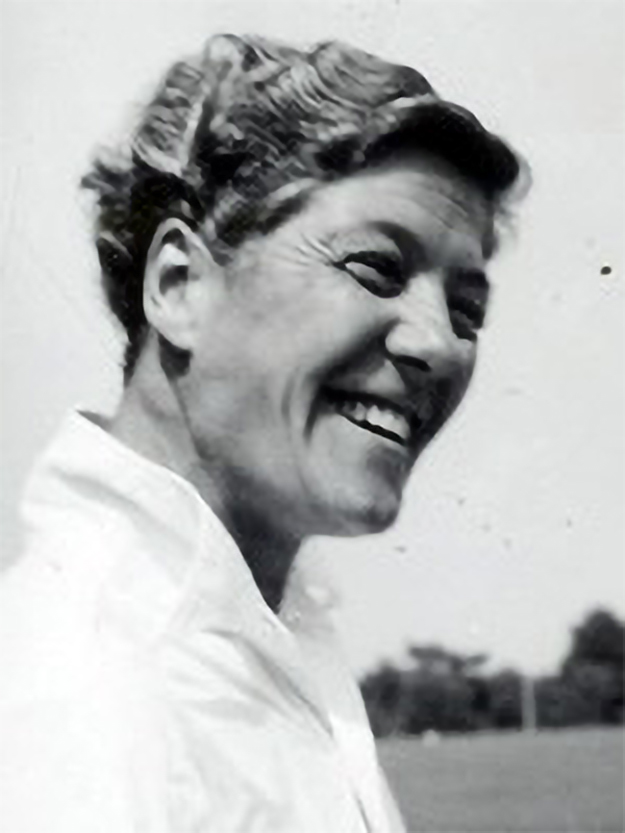 Born in 1908 in West Ham, all-rounder Coysh made five appearances for Kent Women across a three-year period, including a fixture against Australia Women at Sevenoaks in 1951. In that match, she top-scored for the hosts, before taking 4/57 with the ball in nineteen overs. He best innings with the bat for Kent Women came against Surrey in 1949, when she scored 59. 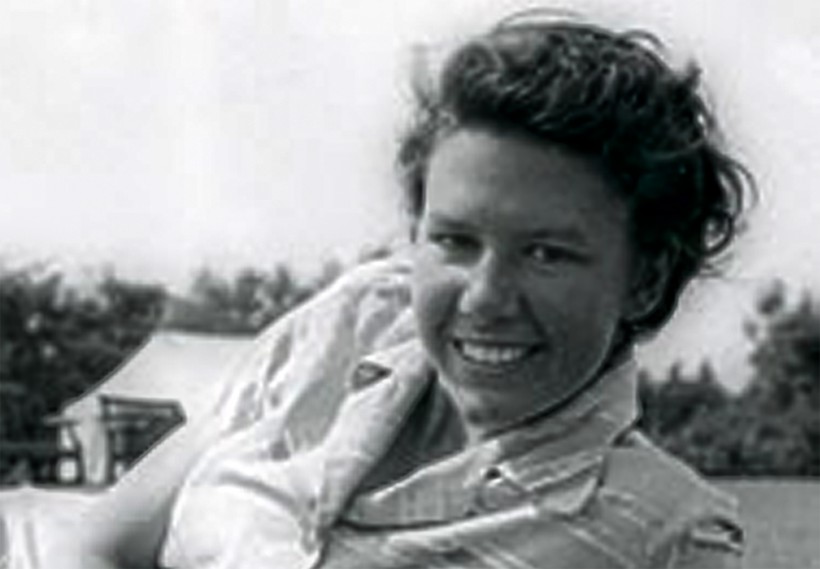 Mary Cecilia Robinson was born in Canterbury, Kent in 1924.

She went on to have a career spanning 18 years with Kent Women, amassing 1,109 runs for The Horses at an average of 50.40 and captaining the county eight times. She scored eight fifties and one Century for Kent, managing 100 not out opening the batting against the Women’s Cricket Association at Sevenoaks in 1952.

In 1949, Robinson became the first person born in Canterbury to play Test cricket for England, and went on to play 14 Women’s Tests for England in a 15-year International career, averaging 33.16 with the bat and scoring two Centuries, both during Women’s Ashes Tests against Australia. 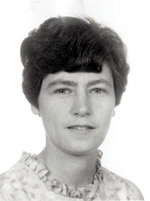 She played one Women’s Test at Adelaide versus Australia in 1968, also playing for England against local Australian sides during the tour, as well as “two-innings matches” against sides in New Zealand for her country.

For England, Hunt played three Test matches on a tour of South Africa in 1960/1, scoring 35 runs and taking a wicket. 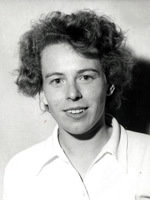 Born in Cheshire in 1938, Pilling made 38 appearances for Kent Women over 24 years, one of them as captain.

She played 57 times for England across two formats, and was England’s leading wicket-taker during their 1973 Women’s Cricket World Cup victory with nine scalps at an average of just 10.22 and an economy rate of 1.55.

Pilling was also the captain of the England side that were also runners-up in the 1978 World Cup. 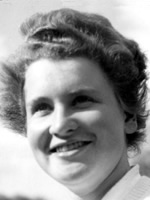 Ruth Prideaux, née Westbrook during her Kent Women playing days, was a Kent & England wicketkeeper-batter, who went on to become  England women’s first permanent head coach in 1988 and guided them to the 1993 World Cup title.

For Kent Women, Westbrook played sixteen matches in five years, scoring 389 runs at an average of 29.92; her best score of 75 not out came against the Women’s Cricket Association in 1961.

She married Roger Prideaux, who played for Kent in 1960-1961, and the pair became one of four married couples in history that have both played Test Cricket, the first couple to do so for England.

Westbrook earned 11 Test caps between 1957 and 1963, during which time she scored 476 runs at 31.73, with a top score of 87 against South Africa in Cape Town. However, it was for her off-field role that she will arguably be best remembered.

She was acknowledged as having helped England become leaders in the women’s game during the early 1990s – bringing in a backroom staff which included nutritionists and physios – which had its crowning moment at Lord’s in 1993 when they defeated New Zealand in the final. 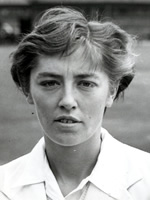 Born in Bedfordshire in 1934, Disbury came to Kent when she was stationed at Chatham Dockyard as a Petty Officer in the Women’s Royal Navy Service. Her brother, Brian, also military personnel, played for the Kent men’s side and made 14 first-class appearances.

She played 21 matches for Kent in 14 years, five of them as captain, and was described as a ‘hard-hitting’ opening batter that could also bowl handy off-spin. For Kent, Disbury averaged 19.44 with the bat but scored a Century for the county against Surrey in 1967.

Disbury played 57 matches for England in all contemporary formats in twelve years, and was Captain on two occasions, although not for full international matches. Sixteen of her England appearances were recognised as International appearances.

Disbury also played in the 1973 Women’s Cricket World Cup, for the International XI, playing in all six of their matches. 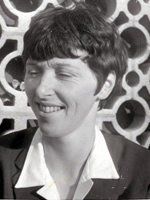 A native of Bromley, Kent, Jill Cruwys was a member of England’s 1973 Cricket World Cup winning side, alongside her former Kent teammate, Mary Pilling. She made five appearances in the competition.

She played ten matches for Kent in five years, but made 46 appearances for England across a career spanning eight seasons. She made her test debut in 1969 when she was a member of the England team that played against New Zealand in Wellington. 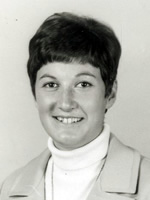 Aside from her role in winning a World Cup with England, Dewdney played 45 matches for England in two formats, seven of those recognised as full international appearances. She scored 914 runs at 26.11, and took 23 wickets at 20.13. She also represented her country at the 1978 World Cup.

Her best bowling figures for The Horses of 6/28 came against Middlesex at The County Ground, Beckenham in 1993, and her highest score with the bat came with a score of 82 against East Anglia in 1997.

She played a Test match for England in 1979 against West Indies, scoring 16 in her only innings and, took two wickets in the match for 56 runs.

She also played five recognised One-Day Internationals, making her debut against Australia for Young England in the 1973 World Cup and playing her last match against the West Indies in July 1979.

On being informed that she would be receiving a Kent Women cap, Brown said: “It has been a huge privilege to play for Kent and be part of a fantastic cricket family.

“I’d like to pay tribute to all my fellow cricketers (cap or no cap) for their great contributions too. We were always seriously competitive and had many memorable times but above all it was great fun.”

Are you related to, or did you know, some of the above players?