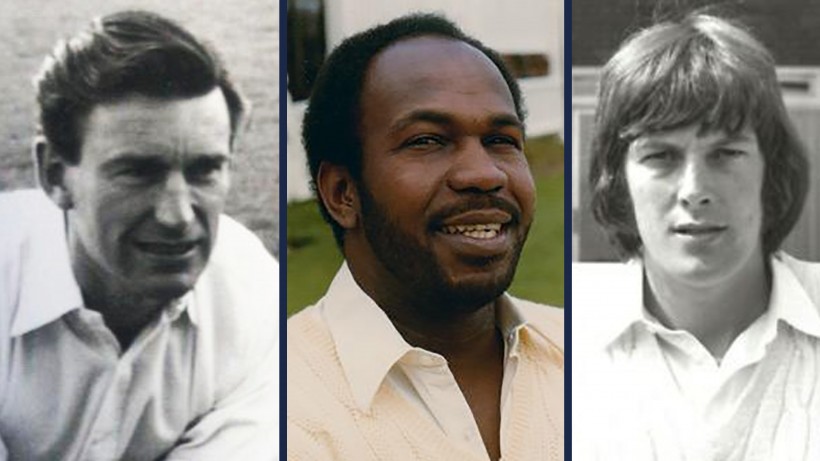 The Kent Cricket Heritage Trust recently asked three of Kent’s stalwarts what they remembered of the day they won their county cap.

To those for whom winning a county cap is an unattainable dream, one can imagine it was a glorious day, burnt into the memory for all time. And so, generally, it proved.

Derek Ufton was awarded his cap in 1956, after joining the staff in May 1946 aged just eighteen.

His club was Dartford and as he’d got runs for the club, and his school Dartford Grammar had reached the final of the council’s 20/20 competition, he was picked for the victory celebration game, Kent v The Rest, a one-day game at Canterbury on August Bank Holiday 1945.

He was taken on the staff as a batsman, but was asked a few seasons later if he would like to try keeping wicket, as Leslie Ames had a bad back and ‘Hopper’ Levett wished to retire. He had kept for the RASC while in the Army, so agreed with David Clark, then captain of Kent, to keep when Godfrey Evans was playing in the Tests.

The years went by and Godfrey was playing less and less county cricket, but unfortunately at that time Kent were a very poor county side. It began to get better when Doug Wright became captain in 1954. In 1956 Kent beat Middlesex at Maidstone, and Ufton made a couple of good catches, but Wright told him, “Sorry, you’re not playing the next couple of matches. Godfrey wants to play.” Then he added, “We’re much better when you are playing.” To which Ufton replied, “If that’s so, Doug, pick me. You’re the captain.”

Wright said, “I daren’t do that. The committee would lynch me.”

However, the next game was against Sussex at Hastings – Ufton was not playing but was there, presumably as twelfth man – and at the end of the game Wright handed him a large envelope. Inside was a county cap and a note from Doug saying ‘Congratulations’. He also told me not to make a big issue of it. So he received his cap after a match in which he was not playing, a rare, if not unique, occurrence.

Kent travelled for the next match, direct from Sussex to Northampton. But when they got back to Canterbury, having lost both games on the road, all hell was let loose, and committee meetings were called to discuss the awarding of Ufton’s cap. Les Ames was good about it, but others were harder to win over. Doug Wright told Ufton, “Don’t worry – they daren’t take the cap back, and I’m already leaving at the end of the season.” So Derek got the cap he thought he was never going to get.

Derek Ufton eventually got a more permanent place in the side in 1960 and played 50 consecutive matches, finishing fourth in the batting averages in 1960. As he told me. “I was then 32 and it came too late, but it was great while it lasted”. Wisden’s comment on Kent’s disastrous 1956 season was, “Ufton, who again kept wicket admirably when Evans was away, deservedly received his county cap in August.”

John Shepherd remembered receiving his cap in 1967, his first season in the Kent first team after completing his two years’ residential qualification in the Second XI. He was enjoying a reasonably successful season batting at number three, and had compiled a few good partnerships with the Kent captain, Colin Cowdrey.

He scored 70 at Maidstone against Hampshire and “to my surprise, Colin was waiting for me on the steps of the pavilion to award me my county cap. Almost as exciting, Alan Brown had a pair of scissors and was unpicking the “II” under the Kent horse on my Second XI sweater. I would have been too embarrassed to do that and would have gladly waited until my new sweaters arrived.”

That meant that Shep had joined the select band of capped Kent cricketers as cap no. 146. As he put it, “Quite a thrill!”

Three years later, it was Graham Johnson’s turn to join the elite. Having started his Kent career in 1965, in 1967 he put his cricket career on hold, with Les Ames’ blessing and support if not delight, by going off to The London School of Economics to get a degree.

He played a bit from 1967 to 1969, but 1970 was his first season back full time.  Colin Cowdrey gave him a huge vote of confidence by asking him to bat up the order in what was by then a powerful batting unit.

Canterbury Week was, as ever, a highlight of the season, that year especially with the opening of the new pavilion in the club’s Centenary Year during the first game of Canterbury Week.

Kent were playing Middlesex in the second game of the week: they who were a strong side and who had beaten us earlier in the season at Lord’s. The first morning, in this era of uncovered wickets, was damp and overcast and having lost the toss, not unexpectedly, Kent found themselves batting.

‘Johnno’ went in at 3, after we lost an early wicket, and proceeded to battle to 60 or 70 against a good attack and the odd weather interruption. When he got out, he remembers being very annoyed at having done so much hard work and missed out when trying to push on.  The mood of his head down troop off to the dressing room was unexpectedly changed by the on field approach of “Kipper” with cap in hand.

“I didn’t know what to say and cannot remember what I said or did.  My overriding feeling, having had time to reflect shortly afterwards, was one of pride, sense of belonging and excitement about the future.

“I was touched when I got back to the dressing room by how much genuine pleasure and support there was from the other players at what had just happened”. Johnson’s was the 149th cap awarded by Kent since the first was awarded to Lord Harris (probably by Lord Harris to himself) in 1882.

There are more tales to tell about caps and capped players, but they all seem to share the same sentiment – pride. It’s a pride not in their own achievement but in the knowledge they are joining a very select band of Kent players who have enhanced the fortunes of the county in their own way for almost 150 years.

Click here for more information on how to join the KCHT. 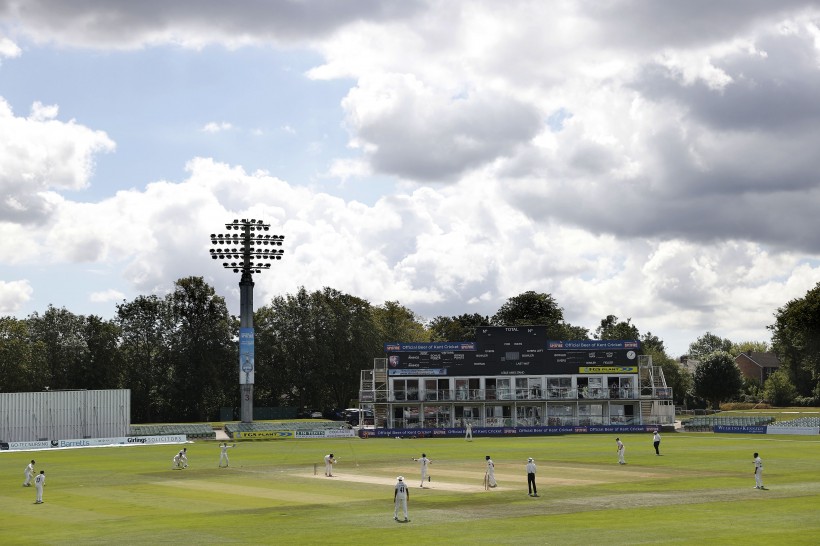 The Spitfire Ground set to host Michael Bublé in Summer 2021