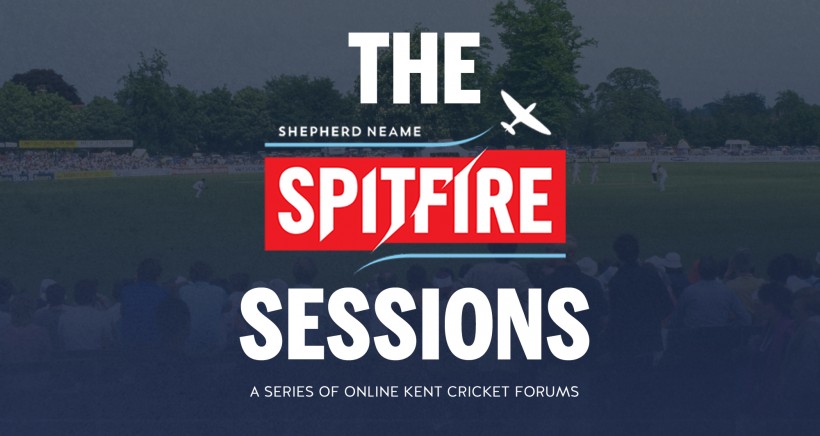 Kent Cricket is delighted to announce, that this week’s instalment of ‘The Spitfire Sessions,’ will see four legends of the 70’s join together to discuss ‘the glory years’. Asif Iqbal, John Shepherd, Graham Johnson & Charles Rowe will be panellists, for the eleventh edition in the series of Kent Cricket’s online forums.

This session will centre around Kent’s glorious surge during the 70’s, in which they won three County Championships, as well as dominating one-day cup competitions.

Taking place on Monday 29th June at 19:00, The Spitfire Sessions will be available to watch live on Kent Cricket’s official Facebook Page, as well as directly through Zoom.

Asif Iqbal made 493 appearances for Kent between 1968 and 1982. He was also the first overseas player to captain the Club.

As well as being capped by the Club in 1968, he was also named as a Wisden Cricketer of the Year the same year.

He captained Pakistan in the inaugural World Cup in 1975 and led the side to the semi-finals in 1979. Upon retiring Iqbal went on to become a match referee.

John Shepherd, the popular all-rounder served Kent with distinction for 15 season between 1967 – 1981, before moving to Gloucestershire.

Born in St Andrew, Barbados and spotted by Les Ames and Colin Cowdrey while playing for a Barbados ‘B’ Team against The Rothmans Cavaliers in 1956, he was invited to join Kent.

A Wisden Cricketer of the Year in 1979, the former West Indies international, played the first three of his five Tests against England in 1969; ending the series with 12 wickets at 22.16.

Following his retirement from the game, Shepherd went on to serve as Kent Cricket President in 2011 and serve on the committee at the Club.

Graham Johnson, the versatile batsman and off-spin bowler was a key player throughout Kent’s ‘glory years’ of the 1970’s, being capped in 1970.

He appeared for Kent in a career spanning over 20 years, between 1965-1985, making 376 first class appearances for the Club.  During his career, Johnson scored an impressive 12,922 First Class runs, including 11 centuries and 13 half centuries. The all-rounder also took 560 wickets, taking 5 wickets on 23 occasions.

He also played 302 one-day matches, amassing 5,666 runs and taking 104 wickets.  Since retiring from the game, Johnson has remained involved with the Club serving in multiple roles, including, Chairman of Cricket, Kent Cricket President in 2014, as well as sitting on the committee.

Charles Rowe, scored six centuries and 30 half-centuries in an 11-year first-class career. This included eight years at Kent, followed by a three-year spell at Glamorgan, before his retirement. Rowe made nearly 300 appearances for Kent across all formats between 1974- 1981, being capped by the Club in 1977.

Initially an all-rounder who batted in the middle order, he was soon promoted to open the batting during the 1978 season, in which Kent Won the Championship and Rowe scored an impressive 1,065 runs. Rowe also occasionally bowled, taking 128 wickets with his off spin.

Since retiring from cricket, Rowe moved onto to a successful career in the City of London and remains heavily involved with the Club, having been appointed President of Kent Cricket for 2017 and currently serving on the Club’s committee. 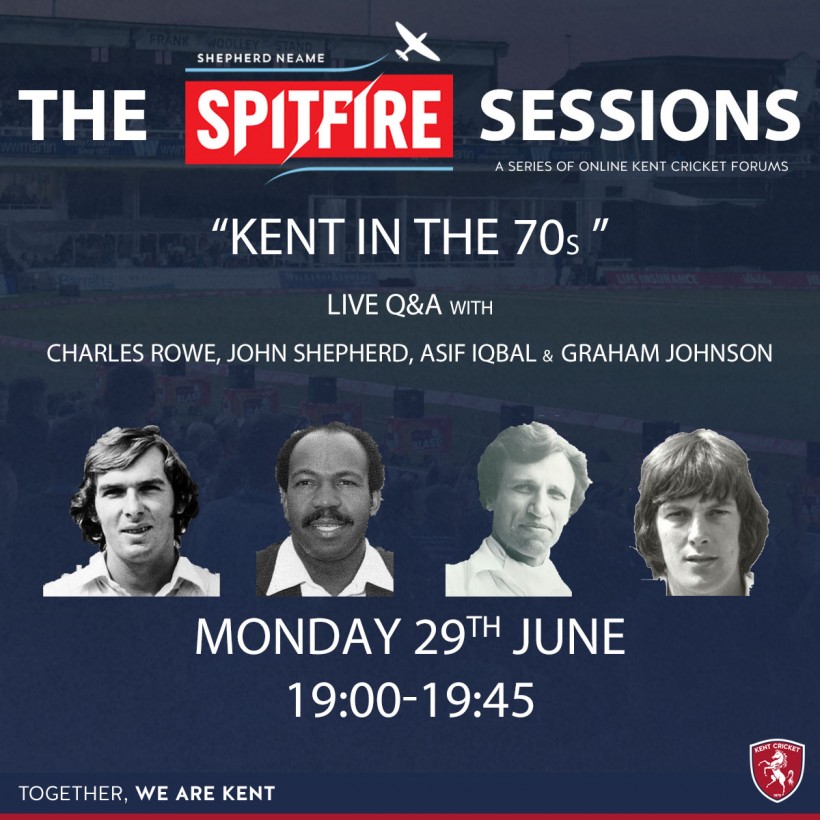