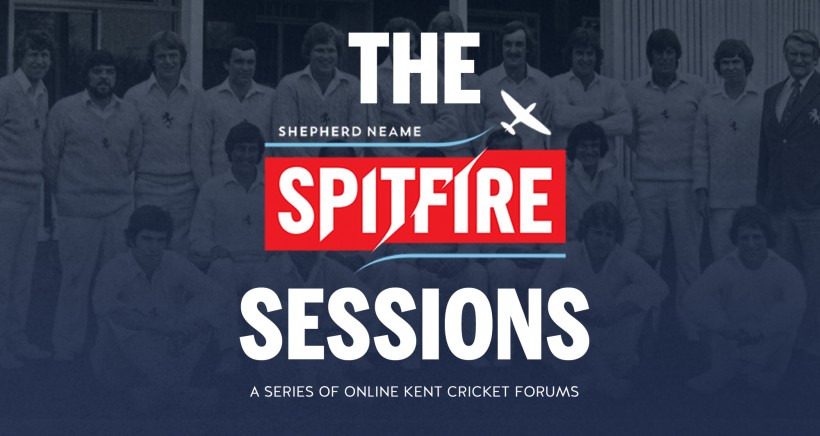 Four icons of Kent Cricket will come together to discuss one of the most successful periods in the Club’s history as The Spitfire Sessions resume this Winter, proudly sponsored by Shepherd Neame.

Once again hosted by Steve Watts, the Voice of Kent Cricket, the first forum of the second series will see Kent legends Asif Iqbal, John Shepherd, Norman Graham & Alan Ealham make up the live panel for another fascinating insight into the great Kent team of the 1970s.

The star-studded panel played for Kent when the county were rightfully crowned ‘One-Day Kings’ during a period of winning eight one-day trophies, as well as two County Championships.

The Spitfire Sessions, a series of online Kent Cricket forums presented in partnership with Shepherd Neame, originally ran weekly from April-July 2020. The sessions aimed to entertain and inform members and supporters during the COVID-19 lockdown, with names from many eras of the Club’s history having come together to discuss their memories and share insights into their playing and coaching careers.

Back by popular demand, the second series of The Spitfire Sessions will take place monthly, with more big names due to appear over the next few months.

The Spitfire Sessions will be available to watch live for FREE on Kent Cricket’s official Facebook Page, as well as directly through Zoom.

Asif Iqbal joined Kent after being named a Wisden Cricketer of the Year in 1968 and went on to make 493 appearances for the county over 14 years.

An excellent all-rounder with a batting average above and bowling average below 30.00, Iqbal became the first overseas player to captain Kent in 1977, after captaining Pakistan in their first Cricket World Cup in 1975.

Under Asif’s leadership, Kent shared the Championship that year as well as finishing as runners-up in the Benson & Hedges Cup.

John Shepherd was one of Kent’s overseas stars for 15 years after first joining the Club in 1967, after being scouted by Les Ames and Colin Cowdrey whilst playing for Barbados.

The West Indies all-rounder played 303 matches for Kent until leaving the county in 1981, after winning ten trophies in his time in the Garden of England and being named a Wisden Cricketer of the Year in 1979.

An ever-popular figure within the Club, Shepherd was named Kent Cricket’s President for 2011, and served on the Committee for several years.

Norman Graham came down to Kent from Northumberland as a towering medium-fast seamer in 1964, going on to make 320 appearances for Kent over 13 years, taking 779 wickets at an average of just 21.76.

He took 104 first-class wickets in the 1967 season at an average of 13.90, including dismissing England opening batsman Geoffrey Boycott for the only pair of his career, and won eight trophies as a Kent player.

After retiring from first-class cricket he played Minor Counties cricket for his native Northumberland, retiring to Hexham where he worked in the financial services industry.

Alan Ealham’s jaw-dropping exploits in the field during his Kent career of 16 years has led to the Club’s annual Fielder of the Year being presented with the Alan Ealham Cup, named after the former Kent middle-order batsman who captained the side from 1978-1980.

Born in Willesborough, Ealham made his first-team debut for Kent in 1966, and went on to make 563 appearances for Kent as a ‘one club man’, winning a host of silverware before retiring in 1982.

After retirement, Ealham was heavily involved in Kent’s Second XI setup, coaching the county’s second side for many years. 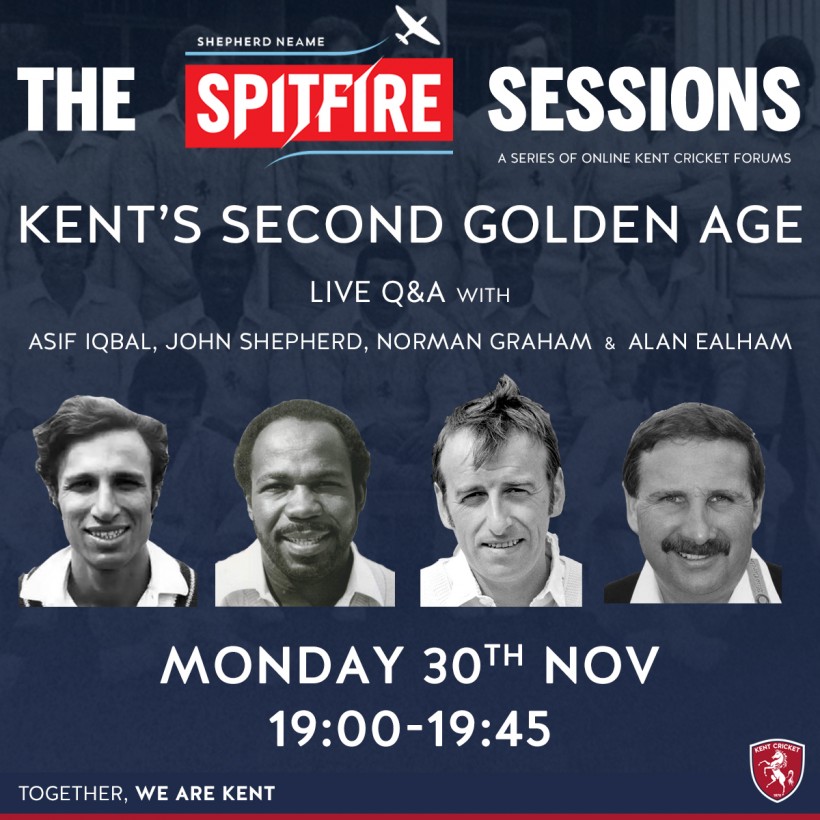