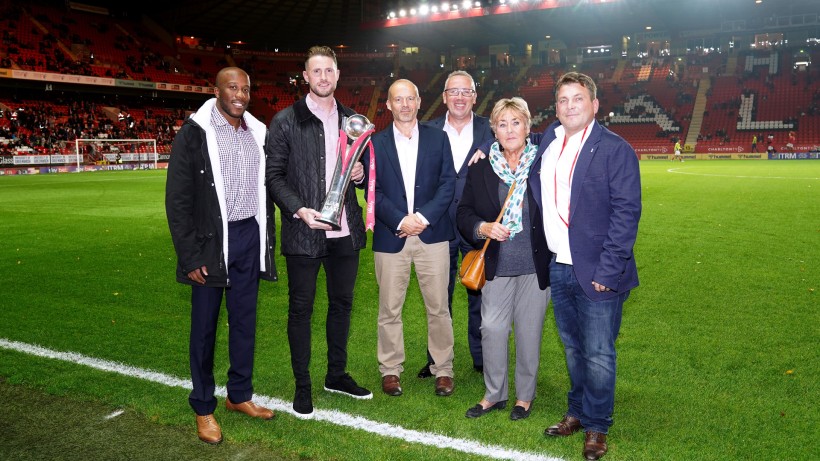 Kent Cricket stars Daniel Bell-Drummond and Alex Blake were applauded as they stepped onto the pitch with the Vitality Blast trophy before Charlton’s EFL League One match with Accrington Stanley.

A moment’s applause was held in the memory of Derek Ufton before kick-off at the home of the Addicks.

Pre-match, Matt Walker spoke to Charlton TV about Kent’s success in the Vitality Blast, and growing up as a Charlton fan.

“It’s been a long time for me since I’ve been at the Valley – I think 2019 was the last time I came, shamefully!

“I’m thrilled to be back and I love it here – walking down the steps again has brought back a lot of memories for me.

“Charlton were the first team I ever watched live – we were playing a schools cricket festival in Dartford and one evening the parents took us here to watch a pre-season game against Liverpool in 1984. I’ve always been drawn back to Charlton since – I lived in Gravesend so it was close, and I had friends that supported the club so I’d come with them.

“There’s a Kent connection as well – when I joined the playing staff at Kent Cricket, it was evident that there was a bit of a link. There’s a number of lads at Kent that support Charlton and it’s fantastic that I’m now back here.”

On bringing silverware with him to The Valley, Walker added: “It’s been a weird few weeks really with the celebrations. I suppose really it’s been a bit of a relief for us to finally get over the line and win some silverware – it’s been a long time coming for us.

“Everyone’s thrilled – the season’s longest finished now for us but we’re still enjoying it and it’s still sinking in.

“I’m very lucky to have won this trophy as a player but it’s very surreal to win it as a coach. As a player, you’re right in the middle of it but as a coach you’re on the outside – you prepare and believe you can win it, and it all clicked on the day for the current squad.

“It was quite emotional to win it actually – the players and everyone around the Club have worked so hard for it. You really feel like this T20 win has affected the whole county.

“You realise when you win trophies how well this county is supported.”

Plans are already being made for Spitfires heroes and the Vitality Blast trophy to visit other Kent sporting entities this Winter. 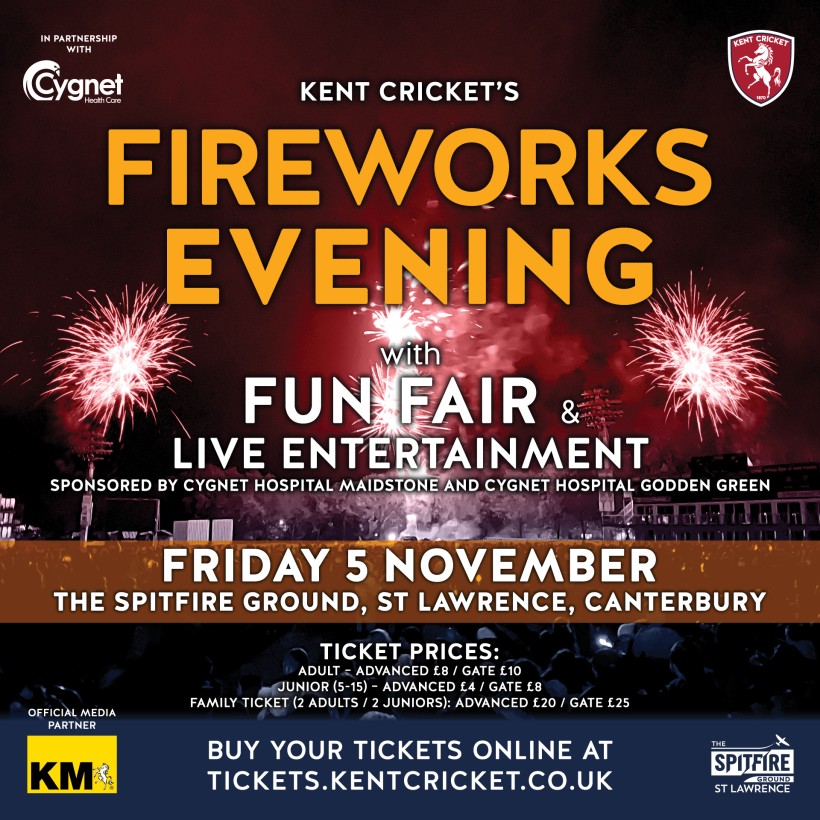