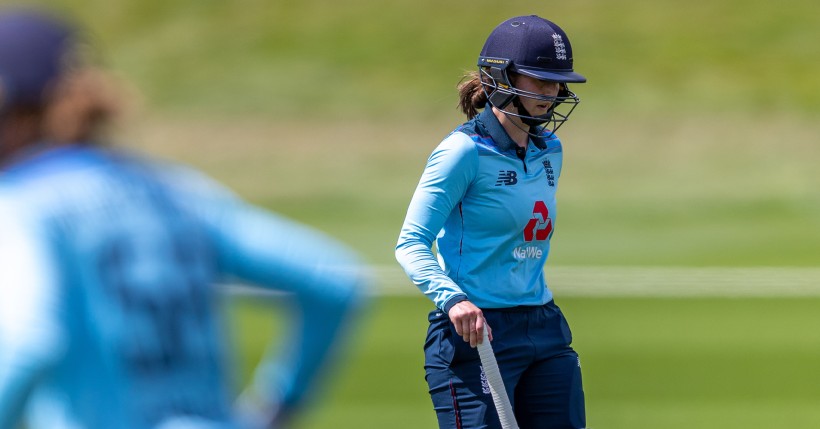 Kent Cricket can confirm that Women’s Cricket World Cup winner, Fran Wilson, will not feature for Kent Women in the 2022 season due to her cricketing commitments in the west country.

The right-hander joined Kent ahead of the 2019 season, and despite limited appearances for the county due to her international commitments, earned Kent Women’s Batter of the Year Award at the end of her debut season. In all, Wilson scored 335 runs in eight matches for the county, averaging 55.83.

She was awarded Kent Women’s Cap number 53 on the Club’s 150th Birthday in December 2020, after helping to secure Kent’s Royal London Women’s County Championship title in 2019.

COVID-restrictions and international ‘bubbles’ hampered the middle-order batter’s appearances for Kent in both 2020 & 2021 and now, following her difficult decision to retire from international cricket this Winter, she has decided to relocate closer to where she plays her regional cricket with Western Storm.

Reflecting on her time at Kent Women, Wilson said: “I have loved being a part of Kent Women over the past three years – the squad continues to set the standards in county cricket, and to be a small part of that history is a real honour.

“It’s been a difficult decision to move on, but with life changing for me off the pitch, it’s the right decision at this time.

“I’d like to thank everyone involved at the Club for making my time here so special.”

Kent Women’s Head Coach, Dave Hathrill, said: “I want to thank Fran on behalf of myself and the whole squad for her impact both on and off the field during her time with us.

“She played an integral role in our County Championship success in 2019, and has been a really valued member of the group off the field, helping us to raise standards as a squad.

“We wish Fran the very best in her future in the game.” 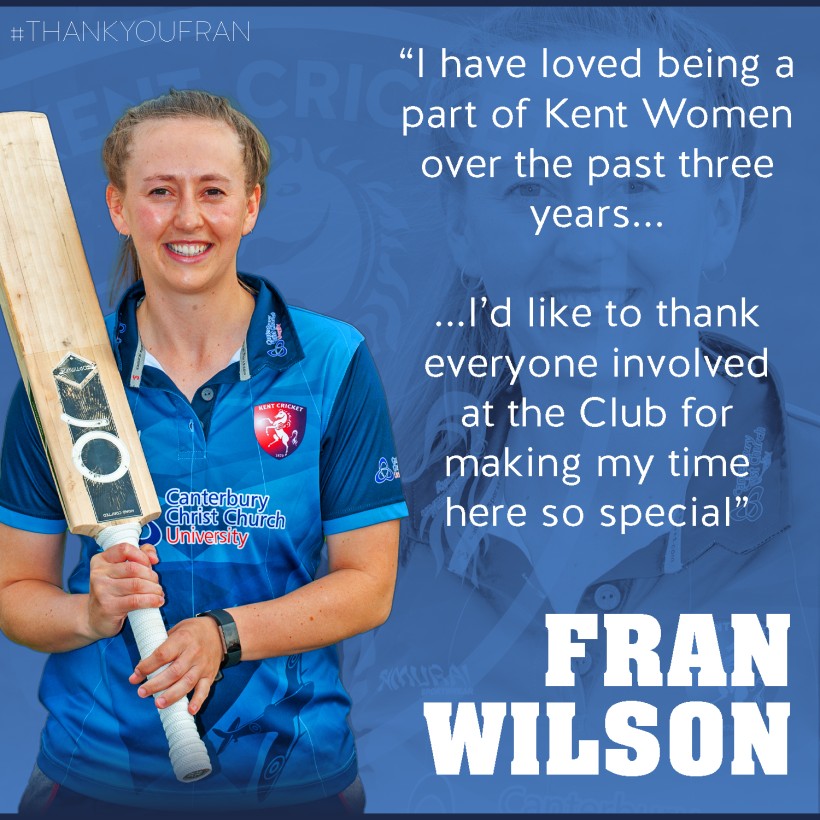