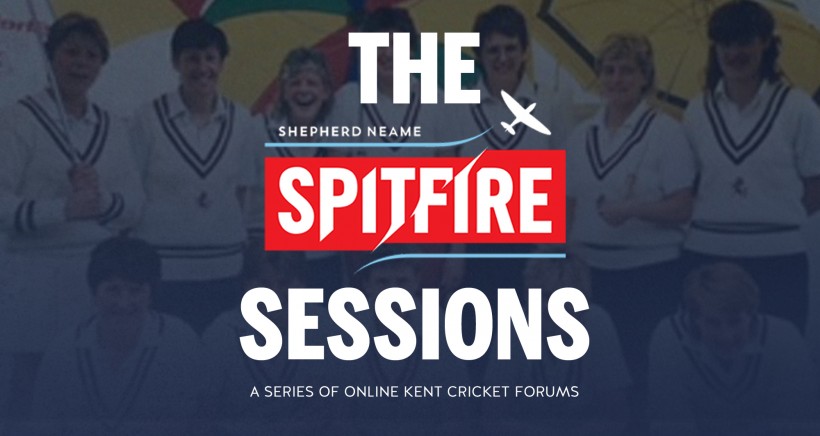 After the Club awarded 51 Kent Women stars past and present Caps in 2020, four Capped Players will be discussing their careers in January’s edition of The Spitfire Sessions.

Host Steve Watts will be joined by Lydia Greenway (Cap no. 33), Alice Davidson-Richards (Cap no. 42), Deanna Cooper (Cap no. 40) and Kate Brown (Cap no. 15) to discuss the history of the most successful women’s side in county cricket.

Submit your questions in advance for the panel before 09:00 on Monday 25th January >>>

The Spitfire Sessions, a series of online Kent Cricket forums presented in partnership with Shepherd Neame, now run on a monthly basis as we gear up to an exciting 2021 season.

The sessions aim to entertain and inform members and supporters during the COVID-19 lockdown, with names from many eras of the Club’s history having come together to discuss their memories and share insights into their playing and coaching careers.

The Spitfire Sessions will be available to watch live for FREE on Kent Cricket’s official Facebook Page as well as on YouTube.

Lydia Greenway spent her entire sixteen-year playing career with Kent Women, winning ten trophies, before taking on a coaching role at the county for three years after her retirement in 2016.

A member of the World Cup/World T20 double-winning England side of 2009 and five time Ashes winner, Greenway was known as one of the top fielders in international cricket during her time as a middle-order batter.

Since retiring, she has been appointed as Women’s Head Coach of the Oval Invincibles in The Hundred Competition, and has also founded her own all-female cricket academy: Lydia Greenway’s Cricket for Girls.

Alice Davidson-Richards has now played for Kent Women for more than a decade despite only being 26 years of age.

She has won both Championship and T20 titles as an extremely effective allrounder, scoring over 1,500 runs and taking more than 100 wickets in 119 appearances to date.

After featuring for Yorkshire Diamonds in the former Kia Super League, Tunbridge Wells-born Davidson-Richards was one of a sizeable Kent contingent at the South East Stars during the first Rachael Heyhoe Flint Trophy tournament in 2020.

Deanna Cooper made 60 appearances for Kent Women between 2008 and 2016, juggling a career as a county cricketer with a burgeoning career in women’s football.

After averaging over 22.00 with bat and under 26.00 with ball, Cooper called time on her career with Kent Women after the 2016 season to focus on football, signing a pro deal with Chelsea Women in February 2017.

She was a part of the Chelsea side that won the 2019-20 Women’s Super League (WSL) and FA Women’s League Cup double, before transferring to her current side, Reading Women, in July 2020.

In 88 Kent Women matches during an era of a much more sparse annual women’s cricketing calendar, Brown scored over 1,600 runs and took 108 wickets, with a bowling average of just 19.42.

She also featured many times of Kent and England Young Women with her twin sister Caroline, and represented Young England in the inaugural Women’s Cricket World Cup in 1973. 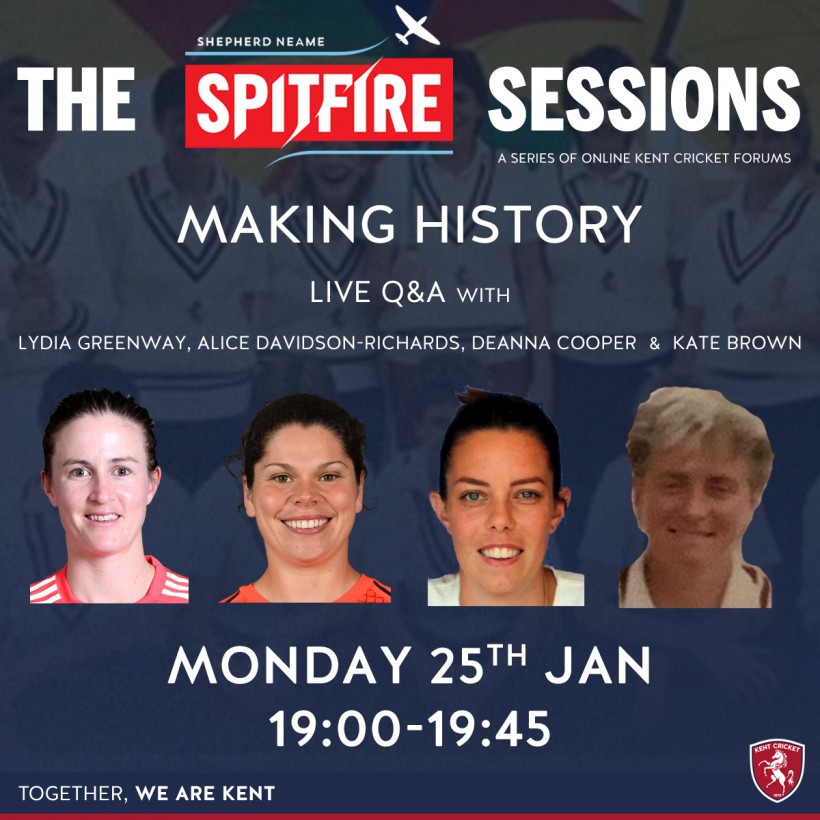